As much as I love VR, there’s a trend I’m noticing. I absolutely love the games I’ve played thus far but for the most part I’ve noticed that there is a bit of an absence of triple A titles. Personally, this isn’t a big issue. I really like the Indie scene and games from smaller teams are often proving to be the way forward for innovation. The issue for me is that it might take a few really big triple A releases to elevate VR from cool to absolutely dominating. Archiact have made an announcement that might change this and I’ve got the news about Evasion.

Due for release next year on HTC Rift and Oculus Vive, Evasion is a fully immersive bullet hell from Archiact, the same team behind another of my favorite games, Darknet. This title will deliver intense bullet-hell action via destructible, cinematic environments. You and a team will have to complete vital objectives, save one another and survive explosive ambushes as the game’s “Swarm A.I.” enemy behavior system ramps up the tension. 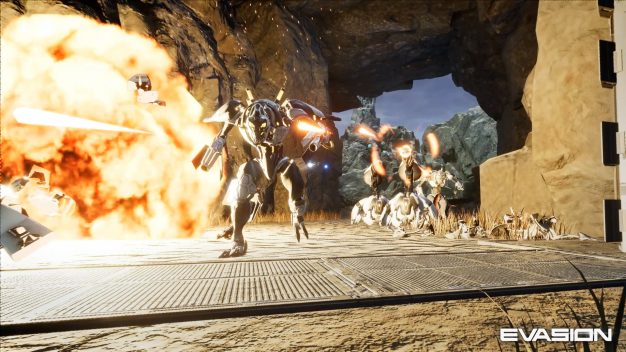 Unlike many VR titles out there, Evasion is built for locomotion. Why sit still when you can physically throw yourself into the action? Players can choose from highly crafted locomotion modes designed for Evasion‘s FPS gameplay that can be constructed to suit their own play-style and comfort level. 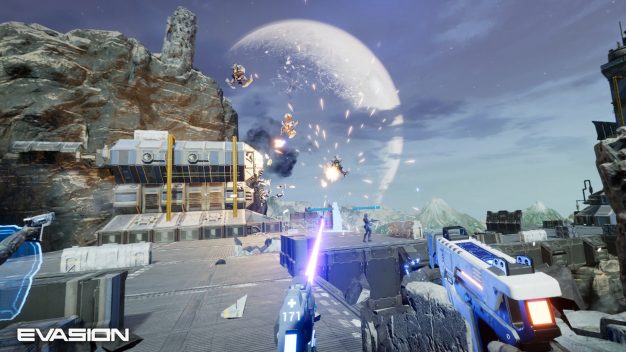 “Archiact has been crafting immersive VR entertainment since 2013,” said Kurt Busch, Studio Head at Archiact. “With Evasion the team is using everything we’ve learned and weaving our experience into a truly genre-defining AAA title. With innovative locomotive movement and intense FPS gameplay, we’re convinced Evasion will prove a stand-out VR experience and we can’t wait for gamers to play it themselves.”

Archiact are looking to set the standard for VR shooters with this game while setting the bench mark for environmental VR destruction and real-time FX. Evasion is taking full advantage of IKinema’s state-of-the-art player avatars and the latest Unreal Engine 4 technology to achieve this goal. 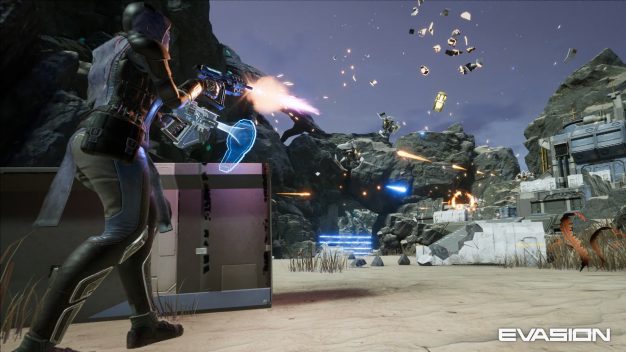 As with many FPS games, Evasion lends itself perfectly to team gameplay. This title, however, also fully supports solo play as its campaign is geared for anything between one and four players. The missions are also re-playable with randomly generated objectives and enemies. To complete these encounters you will find yourself taking control of one of four classes which include the devastating Striker and valiant Warden. You will then upgrade your skills and unique abilities to make your own unique build and solidify your own power or combine and compliment the skills of your friends. 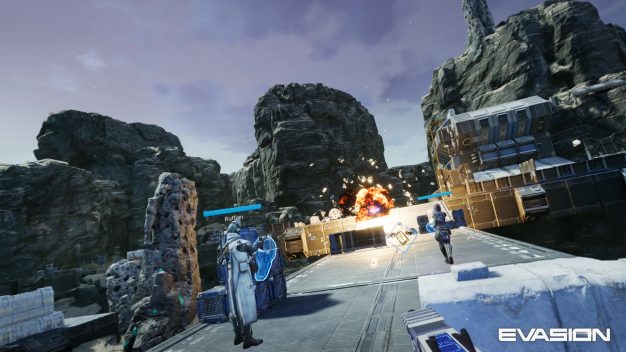 This definitely looks and sounds very interesting. Having seen first hand what Archiact are capable of I’m really looking forward to Evasion‘s release early next year. If you fancy throwing yourself around a room, blasting everything that moves, this may well be a very good way to go. This is definitely a case of “watch this space.” I think we’ll be letting you know more as we move closer to the release date. Till then it’s just a matter of wait and see.