Beat the Game seems like an experiment. It’s an unholy collection of sights and sounds, an abstract work of art that leaves you clueless from the first cutscene to the very last. Just as you think you’ve found a rhythm – quite literally, in this case, as I will explain – Beat the Game decides you’ve had enough, pulling the plug on what will inevitably have been the weirdest hour of your gaming life. It’s a nonsensical musical journey through an psychedelic-fuelled dreamscape that is so chock full of flaws, it’s amazing that it even exists. 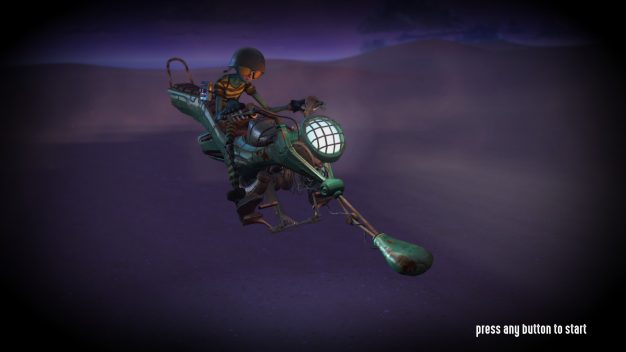 Beat the Game is a musical exploration game created by Worm Animation studios, a tiny outfit based in San Francisco. The idea is to bring the joy of music making to the gaming industry, courtesy of house producer Marc Houle and his grimy bass lines. By sampling sounds created by the world around you, you’ll be able to use the 8-step sequencer to construct your own synthetic sounds, from – and I quote – “mellow, dusty rollers to upbeat, acid house.” It’s about playing a game that doesn’t involve killing people. We can all get on board with that, I think.

A paper thin plot introduces us to our hero, the hover-bicyclist Mistik, and chucks us very quickly into the game’s only real environment. It’s a surrealist’s wet dream: greeted by a vast desert populated by all manner of unusual and often gratingly out-of-place objects, the whole scene is reminiscent of a depository for ruined human structures. Sadly, it’s also incredibly small, offering minimal interaction and maximum repetitiveness within the first 10 minutes. 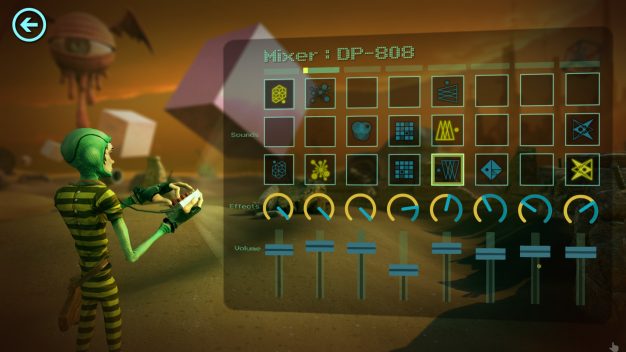 Now, size matters not, in and of itself. But when this one environment is where you’ll spend the duration of the entire game, it begins to feel claustrophobic. Mistik is tasked with collecting every available sound for his mixer; of the 18 sounds available, at least 12 can be collected simply by using the sampler to record sounds emanating from the myriad floating objects that circle the world space. The remaining sounds require a bit of exploration on Mistik’s part – you’ll soon find that you can influence your surroundings in certain unmentionable ways, and create encounters with the world’s wacky inhabitants that offer new sounds to record.

This could have been where Beat the Game got interesting. It became a puzzle-solving game for a moment, as you lope from one end of the world to the other, opening fridge doors and whacking drumsticks against buried lamp-posts in the search for that final, elusive sound. In my case, however, this was ruined by a game camera that stubbornly refused to budge, instead choosing to randomly spin in dizzying circles whenever I tried to do anything drastic. It rendered the remote-controlled robot mechanic utterly useless, and forced me to guess my way into certain scenarios. 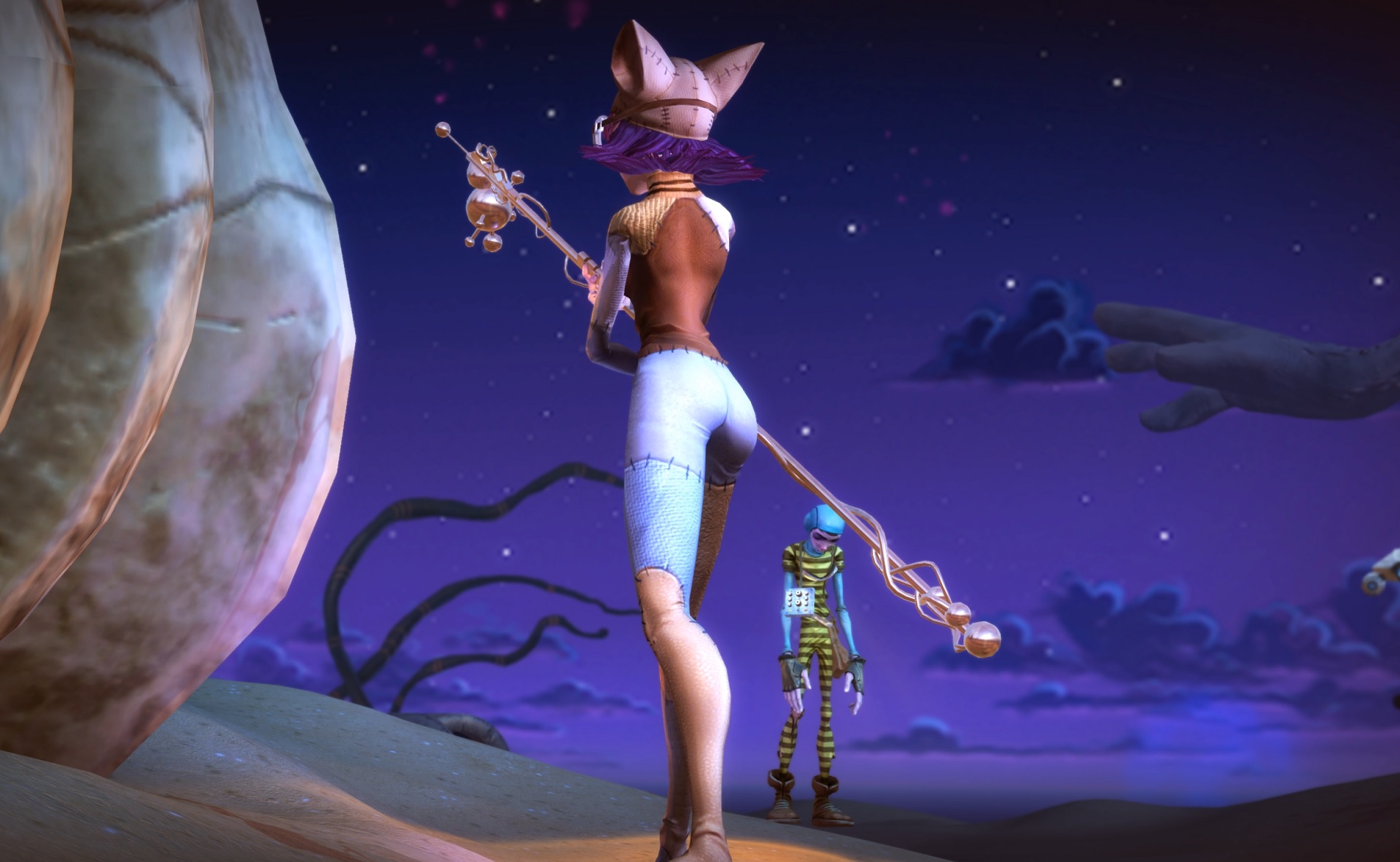 The issue was definitely unintentional, possibly individual, and I respect that: what frustrates me is that a problem so substantial ought to have been ironed out by now. Anyway. It only marginally hindered my progress, and besides; the remote-controlled robot, a tool designed to allow you to speedily navigate the world in search of clues, was rendered largely useless purely by the size of the world.

What you’ll probably have noticed by now is that I have one significant gripe. Beat the Game is too small. Not only in terms of its limiting environment, but also in terms of its simplistic character control mechanics, lacking a jump or sprint option that would have made world traversal so much more bearable. The lack of in-game direction is arguably a positive thing, but in a world so utterly discombobulating – what a word, eh – it helps to at least have some sense of where you ought to be heading. 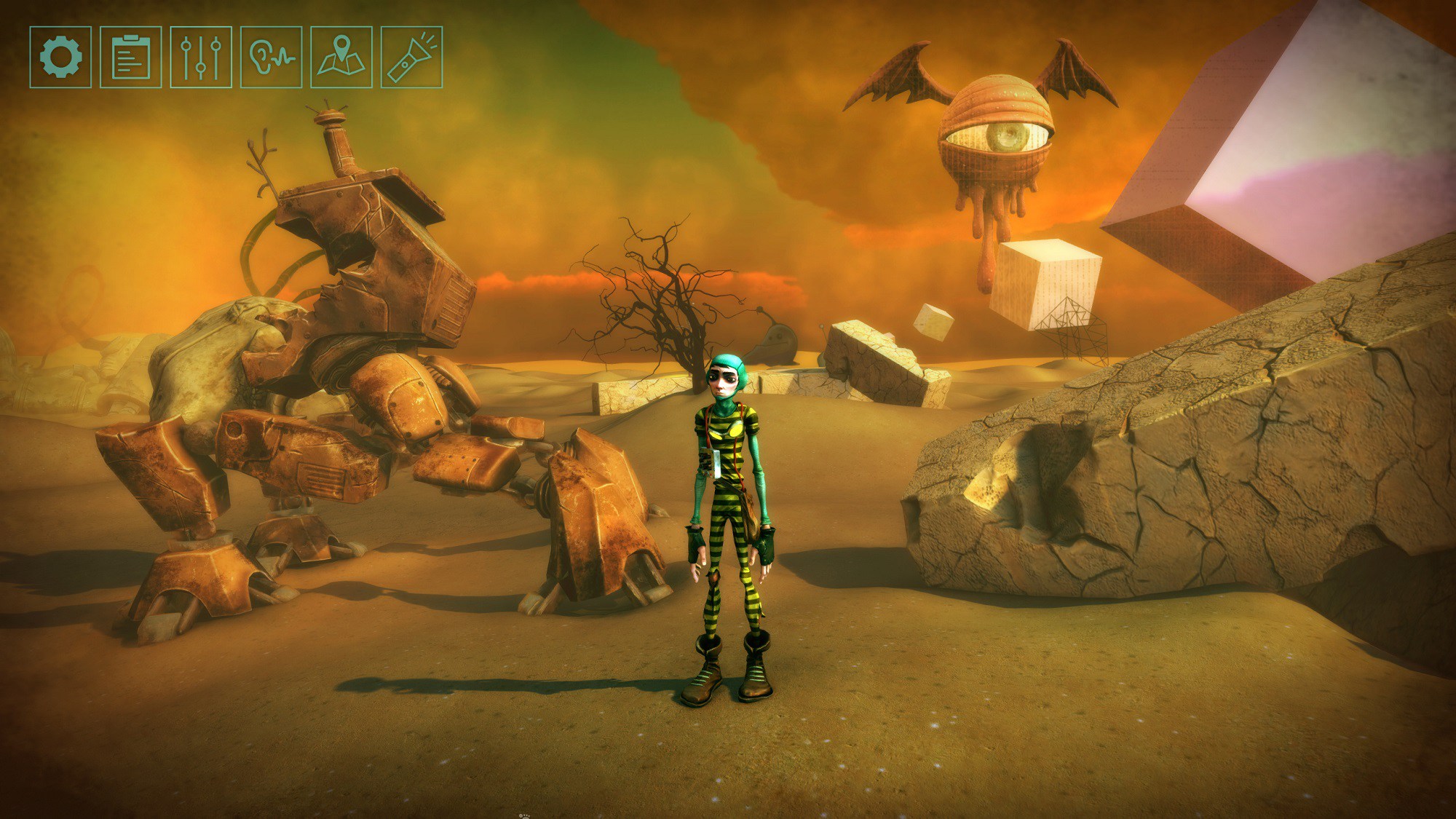 Lacking vocal talent, Beat the Game relies on its quirky cast. Lacking any longevity, Beat the Game relies on its leisurely pace. This results in a brilliant but all too brief gaming experience; you can complete the game in 60 minutes.  This is a shame. Not because Worm Animation have given us a short, underwhelming game, but rather because after having completed the “boss fight” (a performance in front of the inhabitants of Dali-Land) I was actually excited to advance to the next level.

Yup. Beat the Game‘s significant flaws were almost offset by its pure charm. I’m a musical guy, and I adore composition, but it often proves too great an undertaking. To be able to concoct my own driving beats with such ease (mostly) was a thoroughly enjoyable experience; to be able to then have my music play on repeat as the backing track to my adventures was the cherry on top. It’s very easy to warm to the magnificent, hand-drawn visual style, an art clearly influenced by the surrealist school according to Dali, Ernst, and Breton – take a look at the concept drawings and you’ll find a genuinely talented artist at work: 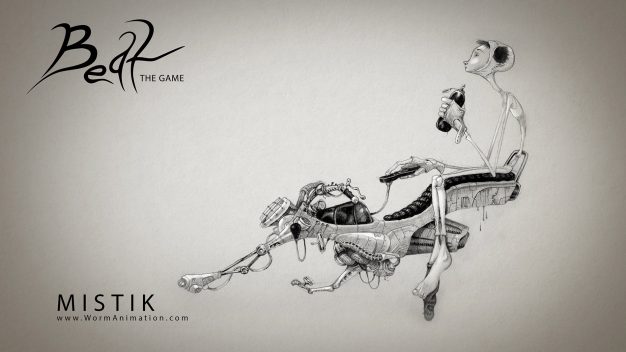 Reminds me of Terry Pratchet or an illustrated edition of the Jabberwocky. Anyone else? No?

A little while ago, I played a 15 minute preview of Beat the Game, and found it a confusing frolic through the psyche. What I hadn’t realized at the time was that the 15 minute limit was enforced because I’d already accomplished a quarter of what the game had to offer. It truly is a crying shame that it takes so little time to Beat the Game: oh, but how it would have benefited from more environments, tougher levels, and puzzles that just won’t yield. Despite the game-breaking bugs, the unwieldy world, and the directionless, ambling plot, I was enraptured by the unique artistic beauty and curious innocence that Beat the Game had to offer, flooding my way through the pulsating waves of a techno tune.

Oh, and a note to the developers: can you tell me what that damn broken ladder is for?

You know the one.

Can you feel the Beat?

Beat the Game has piqued my curiosity. It ought really to be a work in progress, and yet the design is already so dramatically bold, the music a one-way ticket to nodding heads and tapping feet. Unfortunately, it suffers from a stunningly short time-to-complete, the Achilles’ Heel to the progress that this indie title might make in the mainstream markets. So spread the word, folks – let’s see if we can’t get an extension on this psychedelic musical project.