It’s been several months since Resident Evil 7 Biohazard graced our consoles. To merely state that I’m excited for the upcoming DLCs is not enough. Developed and published by Capcom, it is a survival horror video game. And it belongs to a franchise that you will have heard of. In this case, even living under a rock is no exception. New trailers and screenshots on the third DLC End of Zoe are now live and online. This goes for the free Not a Hero DLC content as well. Capcom will also release a Gold Edition of RE7 on the same day that these DLC’s will be made public.

For those who aren’t that familiar with Resident Evil, it focuses around a series of survival horror video games. I would use the term ‘survival’ loosely however. The games made you feel more than just surviving. The concept of a zombie apocalypse is enough to intrigue a new player. However the characters is what will make you ultimately stay. I state this with the utmost confidence. Capcom introduces the player to characters in a way that over the years, one would care for them. They will even have their own favourites. We played Resident Evil 7 not knowing about the sneaky surprise they waited for us to witness, the appearance of an iconic legend.

I still haven’t forgiven Capcom for doing that to me. I can remember letting out a sound in between a shriek and a gasp when the soldier introduced himself to Ethan Winters. This is exactly my point however; the franchise lures us in using the horror elements. Now we’re highly anticipating a DLC that will involve playing a Resident Evil icon. Capcom knew that if one didn’t exactly like where the franchise was heading (although I see no reason why not), then surely Chris-freaking-Redfield will drag them back in. Well played, Capcom. 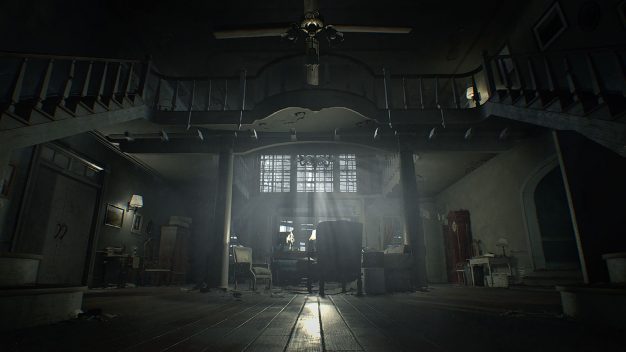 The Not a Hero DLC turns Resident Evil 7 into a first-person shooter. More so than the main campaign as despite having guns (ooh, that Albert-01), the limited ammo meant that we can’t classify it as a shooter. Sure, Ethan had a set of firearms he could earn. But the focus was mainly on puzzle-solving and survival, as it should!

From the trailers and screenshots of Not a Hero, it’s more action-based than anything. It stars Chris Redfield and takes place after the events of the main game. They are after the Baker family’s son Lucas who seem to know more than he let on. As a member of Umbrella Corporation (which I am still confused and freaked out about) Redfield and his team will set out to contain the latest threat. Whether it’s going to be against Lucas only, or if there will be other surprises in store, it remains to be seen. 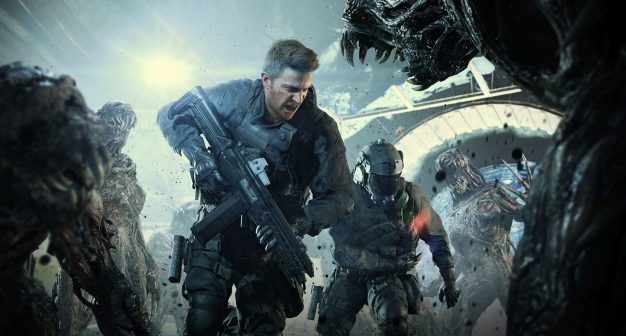 The End of Zoe DLC trailer is an emotional rollercoaster for anyone who appreciated the main game. Zoe as a character is someone we could sympathise with. If we were given the choice (without having to pick between the lesser of two evils), we would have saved Zoe in the end. She’s the sole reason Ethan and Mia Winters remained alive, and the game made sure to make us feel the guilt when we saved the latter. Therefore this DLC is just the good news I needed!

Contrary to the title, the fact that Zoe makes an appearance in the trailers gives me hope that it definitely isn’t the end of her. The choice that you make at the end of the main campaign’s second act, has been influenced to leave Zoe behind. However the newest trailers show Zoe alone in the woods covered by some crystalized matter. She lays there and a new character named Joe helps her out, calling her ‘family’. I’m not going to lie, I thought it was Jack and I was close to crying – because Jack is awesome.

The two DLCs will be available on December 12 this year. Not a Hero is completely free while End of Zoe can be obtained either as part of the season pass or Gold Edition, or a separate purchase of $14.99/£11.99. Previous DLCs of Resident Evil 7 are categorized under Banned Footage Vol 1 & Banned Footage Vol 2. There’s three games in each title and they simply provide more insight through mini adventures within the Baker premises. Granted some are impossible to take serious, but it gives the player more opportunities to interact with the favourable antagonists which is the Baker family. 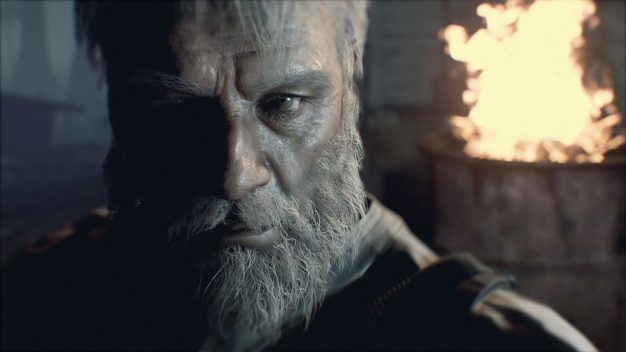 The latest game as a whole returns to the atmospheric, slow-burning horror of what the franchise started with. This got somewhat lost during later games, but the comeback it made with Resident Evil 7 is too powerful that all is forgiven entirely. It channels the earlier games of the franchise, and I believe this is what really makes it amazing. The upcoming DLCs will be highly anticipated – the game as a whole will borrow from its legacy yet it won’t shy away from modern horror themes for inspiration.