Ticket to Earth brings an interesting mix of gaming elements together into one cohesive package. On one side you have hardcore RPG elements, such as tactical combat, character abilities, skill trees and upgradeable equipment. On the other, you have comedic dialogue from a quirky blend of characters, a simple (and colorful!) combat interface and an interesting story to boot. 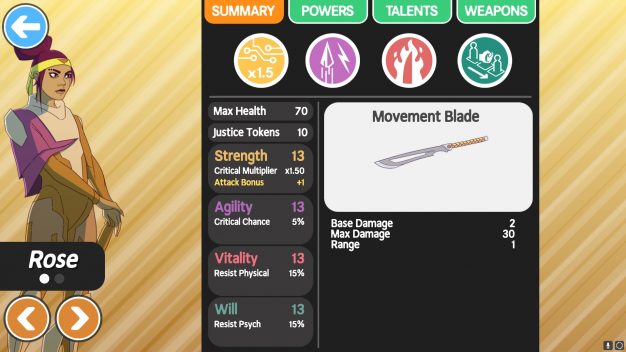 Speaking of story, it all begins in Episode One: Uprising, when hell breaks loose and villains appear on the news proclaiming that it’s “Zero Day.” To make matters worse, these baddies have hacked the automated security bots and turned them against the citizens of Land’s End. And the local government officials are completely oblivious.

You start the game off playing as Rose, a sensible and down to Earth gardener who was trained in martial arts and spirituality during her youth. When mutant bugs break into her garden during the Zero Day chaos, she must draw on those skills again to defend herself and her plants from the bugs. But the fun doesn’t stop there. Fueled by her strong sense of justice, Rose decides to do what she can to put a stop to those responsible for Zero Day. 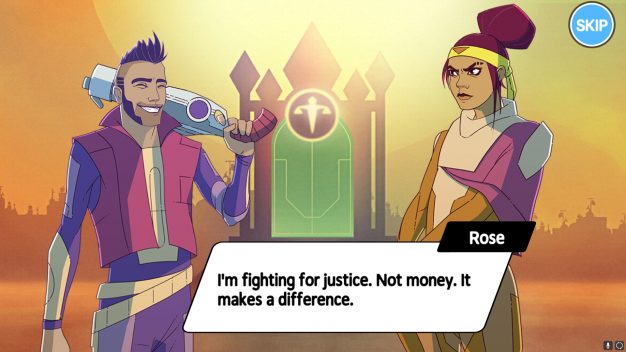 Wolf is the much-needed range attacker in Ticket to Earth. He’s laid back and cheerful but knows when it’s time to get serious. Especially if there’s money involved. He balances out Rose’s rather intense personality quite nicely.

They’re the two main characters of Episode One and work very well together in combat. Rose does a lot of damage but primarily focuses on single target damage. Wolf, on the other hand, has several AoE abilities and is able to pick-off or at least soften-up enemies before they reach Rose. 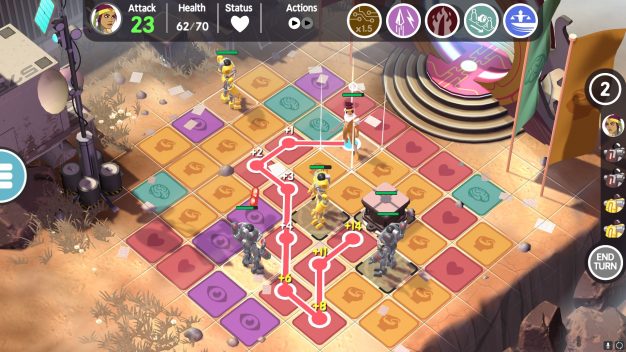 Combat is incredibly fun. There are four different colored types of tiles randomly generated across each stage. You simply draw a path through like-colored tiles to power up your character or charge their abilities. You can then choose to attack, use a fully charged ability, or move again.

With only two actions a turn, however, you really have to consider each move. If you don’t, you could end up out of position and underpowered. That can lead to failing an objective which might cause you to start the stage all over. 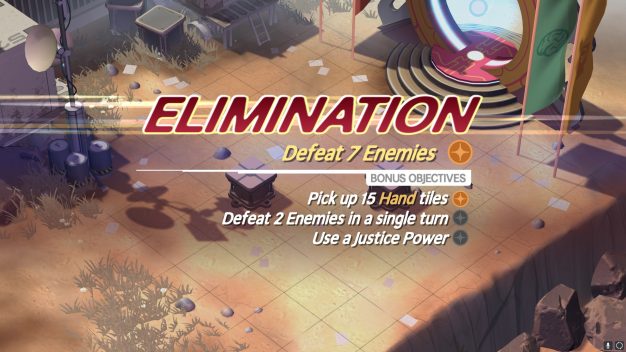 The stage’s objectives are listed above.

Successfully completing stages and objectives gives Rose and Wolf the resources they need to upgrade themselves. We’re talking stat increases, weapons, special attacks and passive skills. I was pleasantly surprised by how great a job Ticket to Earth does in regards to character customization. On top of being able to buy stronger weapons, each character has several combat abilities that can also be purchased which provide various advantages in battle. 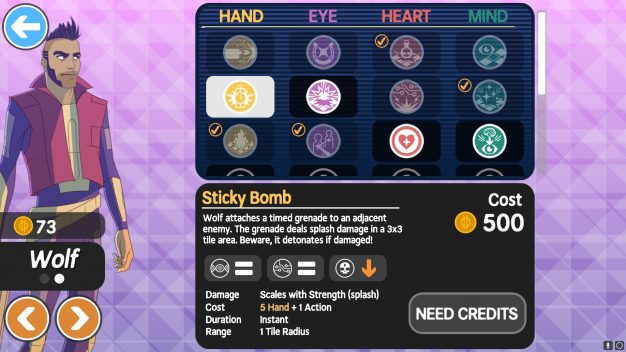 Rose and Wolf can further upgrade via massive talent trees that require the use of tokens obtainable only by completing stages and bonus objectives (seen above). These talent trees are vast and unique to each character. They provide the gang with passive upgrades such as bonus damage when walking over a colored tile or more health and agility. All helpful when trying to put an end to Zero Day. 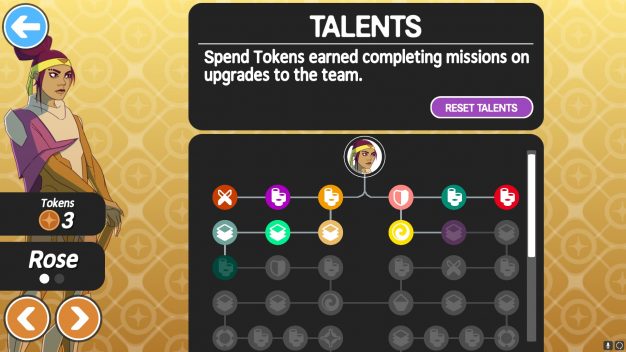 I had a ton of fun playing this game, with no real complaints. And it’s no surprise as to why. Ticket to Earth offers a top-notch comic book art style, a diverse character customization system and a memorable cast of oddballs that will have you rooting for them every step of the way. The tile-matching combat system was also a breath of fresh air. Combat never got old. It definitely added a new element to tactical combat, which I very much approved of.

The first episode of Ticket to Earth, Uprising, is out now on Steam for only $14.99 with Episode Two, Crash, released as free DLC. The release dates for Episode Three: Meltdown and Episode Four: Revolution is still currently unknown.

This fun, heartfelt game will make a great addition to any science fiction or tactical RPG lover’s library. It should even appeal to narrative adventure fans as the characters and plot they find themselves in really make this game something special.

Ticket to Earth has a lot to offer. Pick this one up if you can.