You can’t beat a good racer. Personally, I’m not massively for utter realism; if I wanted that I’d learn to drive, so something a bit more cartoony would be what I’d normally reach for. There are some absolutely monolithic racing franchises out there, and looking to join Mario Kart, F-Zero and Rock n’ Roll Racing (a bit less monolithic but a bit bloody good, look it up) is Mantis Burn Racing. This title recently arrived on Switch and I’m here to give you an idea what you’re in for if you fancy blasting around a track at high speed. ‘Cause I’m nice like that.

Developed and produced by the clever souls over at VooFoo Studios, Mantis Burn Racing is a modern top-down racing game that combines physics-based gameplay with intuitive arcade action. You are invited to test your skills with five unique classes of vehicles over an eleven season single player career consisting of 150 events and 13 event types. This should give you plenty of variation as you prove your skills in a bumper to bumper battle for the top. 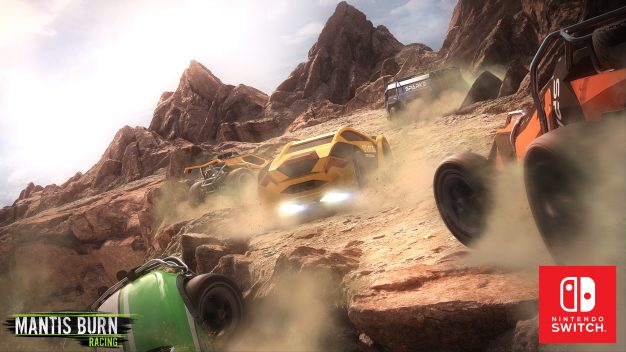 “Mantis Burn Racing on Switch features all the upgrades and content released to date in the biggest and best version of the game,” said Mark Williams, Technology Director at VooFoo Studios. “The game is all about fun, fast, competitive racing and with added support for Switch specific features like Local Multiplayer and our ‘Cross Table’ mode; it’s a perfect fit for Nintendo gamers at home or on the go.” 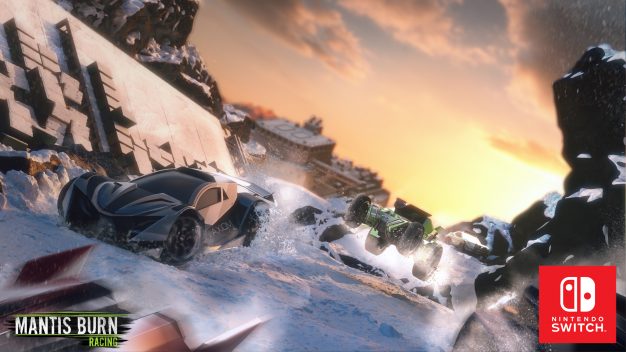 So, what are some of the features that make this game so cool? Well, it comes with quite a bit of DLC thrown in, including the Elite Class DLC, Battle Cars DLC and Snowbound tracks. Mantis Burn Racing also features RPG style upgrades. You’ll be able to fine tune your vehicle’s handling and performance via an upgrade system that adds some real tactical depth to your game. 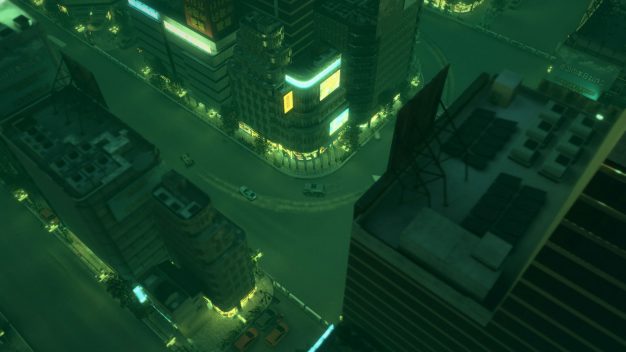 You’ve also got a bunch of different ways to play with your mates being supported by Mantis Burn Racing. These range from classic split-screen multiplayer for up to four players for cross-network play. This allows you to play against up to eight other players, some of whom may well have different systems. This is opening the doors for a lot of fun for those of you that don’t know any other Switch gamers. 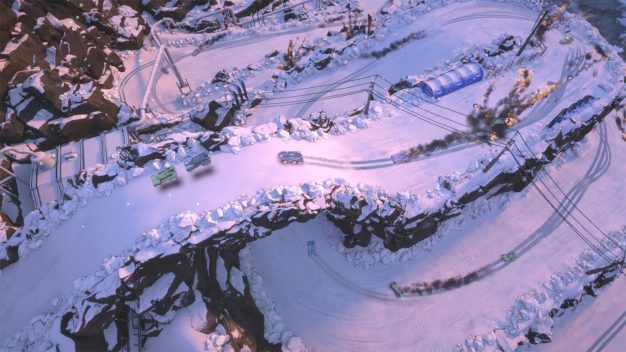 If you’re fancying a blast around the track, you can find this title in the eShop now for £14.99 ($19.99 for our American friends). Considering the amount of extra stuff VooFoo are adding to the release, this doesn’t really seem badly priced at all. This could well be a nice little change from all those competitive shooters and arcade blasters out there for the high-score grabbers among you. For racing fans, having at least a cursory peek at this one seems like a bit of a no-brainer, really.