You know, I genuinely can’t remember the last time I played a game where the story drew me in so completely that I lost hours and didn’t care. Don’t get me wrong; I absolutely love what I do and I love being a gamer, but there’s always the little frustrations of levels with huge difficulty spikes, enemies that just won’t seem to die and cheap deaths that seem to be avoidable. I can say with a certain amount of awe that for the first time in what feels like ages, I remembered the pure joy of just playing. Wonderful things often come from the most unexpected of places and, in this particular case, my sense of amazement came from a short but unbelievably beautiful game called AER: Memories of Old.

This title isn’t so much a visual novel as a game you play for the experience of exploring and piecing together a beautifully written story as you go. This isn’t a game of milestones. You aren’t looking to complete a level or kill a boss. In the truest sense of the word you’re just looking. There’s something truly beautiful about having the freedom to do everything at your own pace.

You have a main plot and you can probably complete the game really quickly if you just hop from NPC to NPC, following their advice on where to go next. But this isn’t the soul of AER. The soul comes from all the other stuff you’ll find by exploring on your own. You aren’t so much dragging your heels with the plot by getting side-tracked; with AER, getting side-tracked is something you’re invited if not encouraged to do. 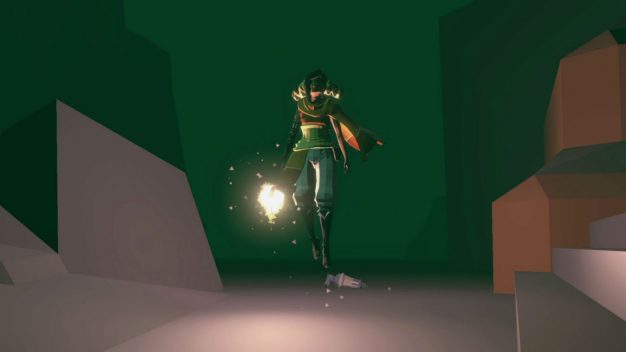 in keeping with the almost zen-like feeling you get from playing this title, there aren’t any enemies and you can’t die. This is a brilliant choice. Technically the world you are in is safe, but as you pull strands of plot together you realize that real danger is never gone for long and a true catastrophe might only be a heart beat away.

This isn’t a game about the present as such, so there’s no immediate danger. Rather, there is a looming threat, one that focuses on the past and by proxy the future via your actions in the present. You can save the world by learning a series of lessons and finding ancient guardians and making spirit animal friends. I know that this is probably the most cryptic I’ve ever been, but I’m trying so hard not to give anything away. AER’s story is just so cleverly woven that I don’t want to ruin any of it for you. 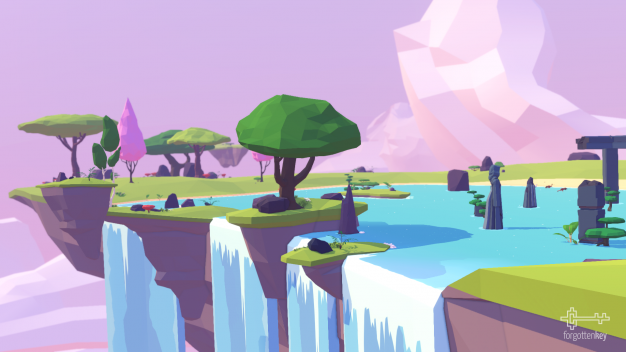 To give you the briefest of overviews, you play the part of a young lady called Auk. Your world was broken into a mass of floating islands in the past and you need to figure out what caused that apocalyptic event and stop it from happening again. If you don’t succeed in your quest ,there won’t be anything left to save. With the aid of a magical lantern, you will literally shed light on ancient texts and be able to see the spirits of your ancestors. This powerful item will also allow you to activate certain switches and is integral to solving puzzles.

One of the best parts of this game is the way you explore. Auk can shape-shift into a bird. There is a real sense of freedom that comes with flying between the islands and the landscape from the wing is pretty breathtaking. This gives AER: Memories of Old another level of depth. You are playing on more than one dimension. You explore landmarks in your human form, but finding them often comes from looking down from above. Your bird form isn’t just a gimmick that’s been thrown in to make AER a little bit different and as a basic means of getting about; it’s actually really important to your progress. 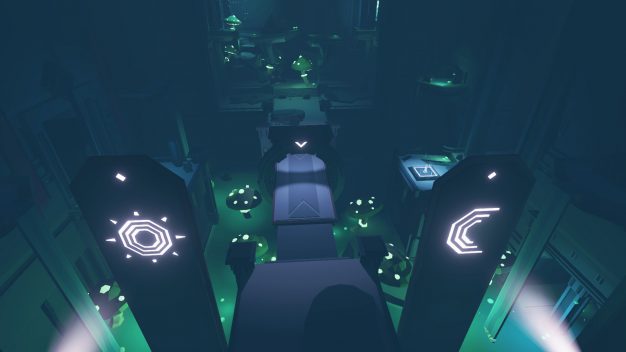 AER: Memories of Old is on some level a puzzler, but none of the puzzles ever feel insurmountable. With a little bit of thought you’ll be able to solve virtually anything the game throws at you. The puzzles just add another layer of enjoyment to the game. They aren’t meant to be hard, they’re just meant to give you a greater sense of achievement from progressing in your journey. You still want to feel like you’ve earned something by playing and the puzzles scratch that itch.

So nuts and bolts time. Firstly the game is absolutely stunning. AER uses a low-poly style that takes a tiny bit of getting used to at the very beginning but when you adjust it’s really colorful and hugely fitting for the game. Both the aerial views and the imagery you find on foot are really gorgeous. You get to enjoy this style all the more because you aren’t concentrating on all the other distractions that come with most other types of game, you know, like surviving. The music is also fitting and relaxing and very well thought out. 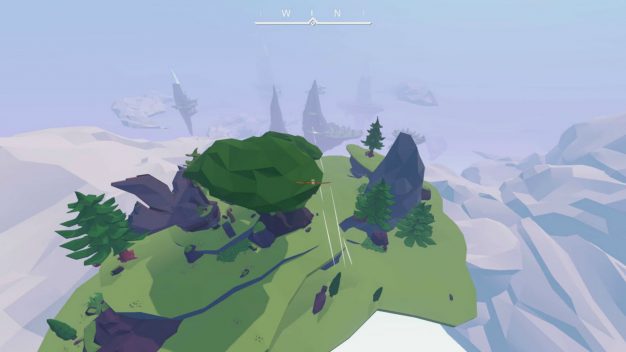 Control-wise, AER handles like a charm. The only difficulty I had initially was getting used to switching from my bird form back to my human one. I spent a fair while missing the ground initially and landing was tricky. This is something you get used to so I’m absolutely not criticizing it just took a bit of practice. Other than this everything feels smooth and flows nicely, so there’s nothing to spoil the sense of relaxation and wonderment you get from the game.

I can’t stress enough how much I’ve enjoyed my time with this title, in fact I’m pretty sure that this is my favorite game of the year thus far, and that’s saying something. I also think that this might well be giving me my first platinum trophy. I want to get absolutely everything from this experience that I can. My only wish is that AER: Memories of Old was longer. This isn’t a matter of “bang for you buck,” you won’t feel cheated out of your money, you’ll hopefully enjoy this game as much as me. I just want more. I’m hoping they might expand the map and introduce new characters. This isn’t a case of there not being enough, rather one where in my opinion there’s more that can be done. 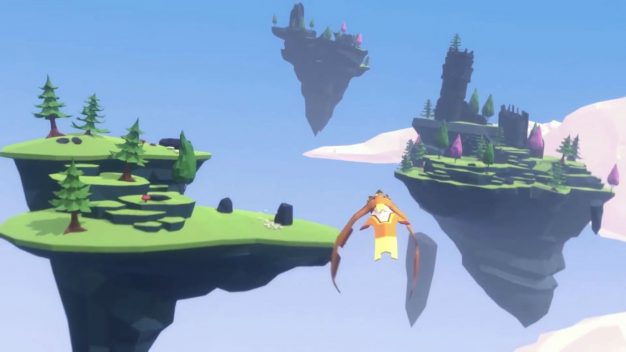 AER: Memories of Old is a brief but stunning indie gem. The only gamers I can’t see this title appealing to are ones that like their games really action heavy. I think a good proportion of the rest of us will truly enjoy this game. All I can say is pop over to the PSN store and grab a copy for yourselves. You will not be disappointed.

I have nothing bad to say about this title. I’m not going to pick holes in what is now probably my favorite game so far this year. Please take my word and go out and give this little masterpiece a go for yourselves.