As a genre, Strategy holds a very warm place in my heart. Actually … if you look at many of the titles I’ve played and reviewed for you lovely lot you’ll probably have noted by now that this is a genre that’s a bit of a go-to for me. This being said, I’m obviously naturally excited when a new game pops its head above the parapets and I can get my peepers on it.  So today I’m here to show you a release trailer for a new game from Playdius and indie dev group Studio Chahut. The game in question is their new release Post Human W.A.R.

Due to come out of early access December 14th, Post Human W.A.R is a turn based tactical and psychological strategy game. What makes this game psychological, I hear you ask? Well, one of your win conditions comes by you beating your opponent’s champion. Easy enough, right? Not necessarily. That target is hidden somewhere behind enemy lines and with a few decent bluffs on your opponent’s part, it may well stay that way. 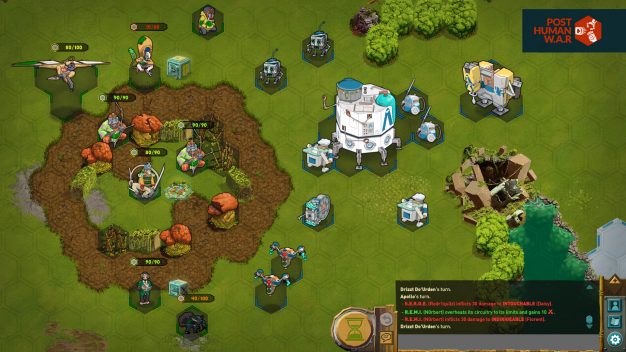 One thing that comes with a lot of strategy games that isn’t good is randomness. Depending on the game you have to have a bit of this but there are so many games out there where you lose not because you play badly or aren’t skilled enough but simply on account of a bad dice role. This all comes down to RNG and when it works properly there is a lot of fun to be had, when it doesn’t your defeats can feel cheap and frustrating because you don’t feel you were given the chance to play to your full capacity. Post Human W.A.R. has been designed in such a way that all of your victories feel truely earned. With this being said, if you happen to lose, the only one that can really be blamed for this is yourself. To be completely honest, this is the way it should be. 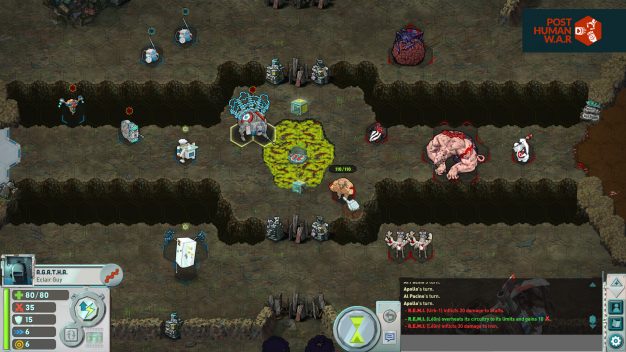 There are currently three playable factions in the game. You will either take on an army of wild animals, a force of re-fitted robots (re-fitted for war obviously) or … nothing strange at all about this … a force of intellectual apes in tracksuits. Post Human W.A.R. supports both solo play in campaign mode as well as versus play so there should be plenty to get the old brain cells ticking over. 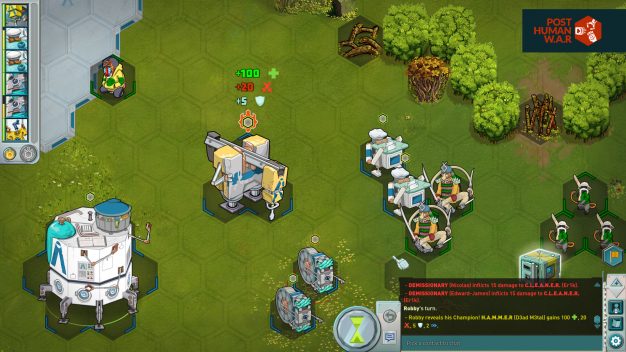 I think I’ll be wanting to give this one a go to be honest. I’m hoping that this is going to be getting added to my stable of go-to games for when I need my strategy fix, which is most of the time. If you like what you see from the trailer, you’ll be able to get your hands on the full PC release via Steam in just under 10 days from now.