Sometimes, just because a video game looks a certain way, doesn’t always mean it will play that way. The Count Lucanor does exactly that. Most may find the 2D, almost LucasArts-styled point-and-click adventure game as a children’s game, but it’s definitely the opposite. Baroque Decay has seamlessly integrated horror story into a fantasy world.

The story of The Count Lucanor goes like this: once upon a time, there was a little boy named Hans. Hans and his mother are very poor, and Hans always dreamed about being rich. On the day Hans turns ten, he decides to leave his home in the woods to search for treasure. When the day turns into night, he encounters a kobold who tells him about a count searching for a heir for his fortune. The kobold then entices Hans to come with him to the castle to meet the count. When they arrive at the castle, Hans learns that his grim adventure has just begun, with the kobold giving him a trial to deem his worth as the heir.

The Count Lucanor is a short game divided into four major scenes with the majority of the time exploring the castle for the trial. The castle is arranged into different rooms, with each one hosting a different puzzle that must be solved in order to get a treasure. The little boy Hans will be facing hidden traps, blazing fire, and complete darkness in the castle, but he is not alone; he will meet some familiar and strange faces along the way to help him discover the castle’s deep secrets. 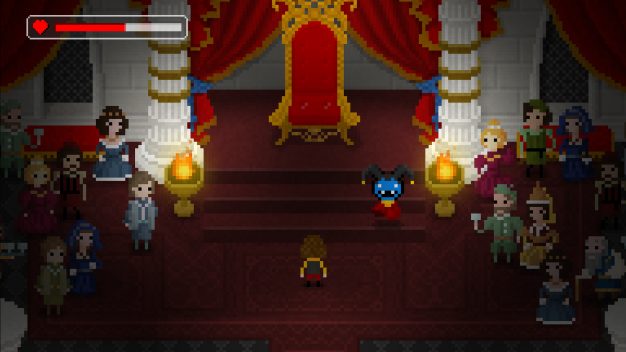 Another way that The Count Lucanor diverges from the basic adventure game is that there are different ways to get to the end, and the end may not always be the same. That’s right, Hans does not need to complete all the castle’s challenges in order to complete the trial (hint hint). Depending on the actions he has taken and uncovering certain clues, that lengthy portion of the game cuts short to the next scene, which makes the game even shorter.

Also, in certain scenes, there are different actions that Hans can take to get to a different ending. The key, of course, is to pay attention to the story and the things you discover. This makes the replayability of The Count Lucanor slightly high, since it’s a short game with different endings. The disappointing factor, however, is that the endings aren’t dramatically different. 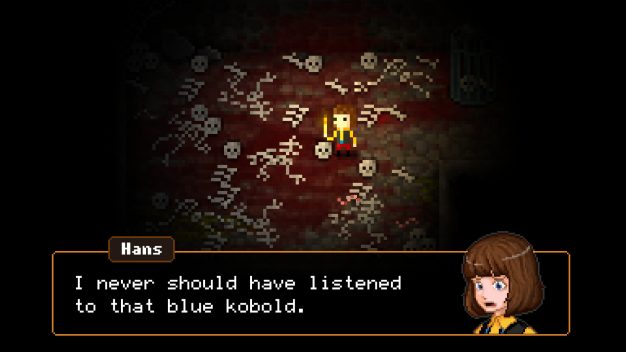 Another huge disappointment in The Count Lucanor is the save feature. First, you cannot just save at any time; there is a cost. Hans must pay the black raven a gold coin to “save his soul,” a.k.a., save the game. That feature is a little annoying, since gold is slightly scarce in the castle (Who would have figured the count hides his money well?), and the challenges differ from really easy to a slight head-scratchers with nothing to really give you a hint to which room is which. That’s where a really lax save feature would have been nice.

The biggest disappointment, and I believe I may have encountered a bug, is the fact that after saving Hans soul, my PS4 would suddenly crash after going through a few rooms. After restarting, my PS4 would tell me that my data has been corrupted, which meant all my save files were gone. Luckily, I had auto-uploads via my PS Plus, and I did not lose that much gameplay time. The corruption bug did happen to me twice, until I had to painstakingly upload my save files to PS Plus every single time I had to make a save. 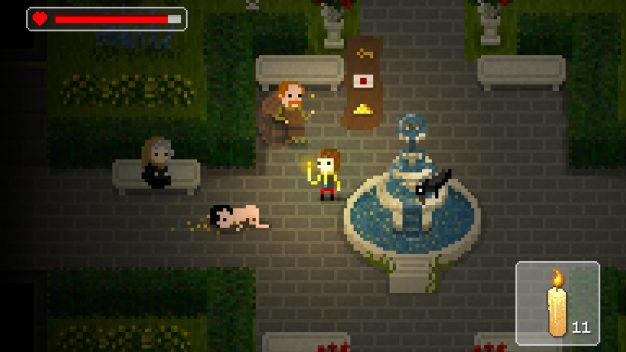 Fortunately, the story of The Count Lucanor got me gripped to keep trudging on after encountering that bug twice. You have been warned, however, of the many things that this game is not what you think it is. First, it is not a fantasy point-and-click adventure game; it is actually a scary game. Second, there are many ways to get to the goal and different endings. Finally, don’t expect your saves to be secure.