Ho Ho Ho and Happy Holidays to all of you out there in videogame land. The winter festivities are upon us yet again and if you have the same traditions as me and so many others, then you know it’s time to watch your backs and gird your chimneys for the arrival of the big man in the red suit. I’m talkin’ Santa Claus, folks. While you await the arrival of the Saint of presents (or don’t wait, depending on your traditions; I’m not here to judge), let us give you a quick rundown of the top 5 appearances of the jolly ol’ fat man in videogame form. 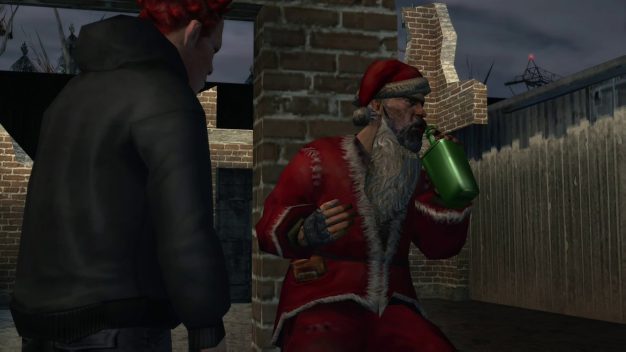 Rudy the Bum Santa ranks fairly low on this list, mostly due to potentially not being Santa at all. The droopy beard, alcohol stench, hatred of children, and gambling addiction are pretty damning evidence against him. Nevertheless, he’s a Santa to me and all Santas deserve to be treated with respect, even if you have to fight off other townsfolk because they don’t believe in him. 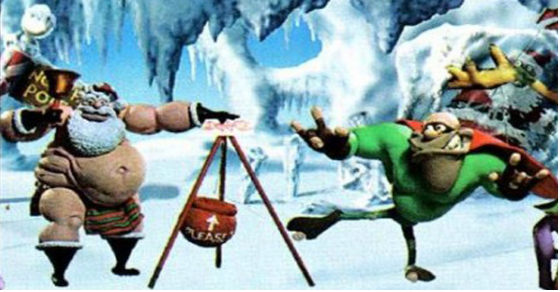 Santa’s back and bigger than ever. The pun-filled fighting series has featured a spin on Frosty the Snowman in every release; however it wasn’t until the 3rd entry that Kris Kringle made his appearance as Sumo Santa. This scantily clad Father Christmas throws his weight around the ring with power moves like the “Kringle Krush” in an attempt to wrestle control of the North Pole from Bad Mr. Frosty. 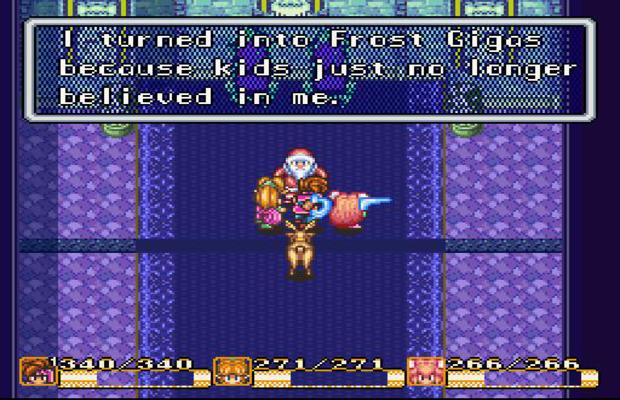 When our heroes travel to the North Pole Ice Country in search of a mana seed, they happen upon an epic boss fight with the dreaded Frost Gigas. After a grueling battle we discover that the Frost Gigas was really a transformed Santa this whole time! Jolly ol’ Saint Nick took the mana seed with the intention of growing a massive Christmas tree for all of the children; a noble cause, for sure.

2. South Park the Fractured but Whole 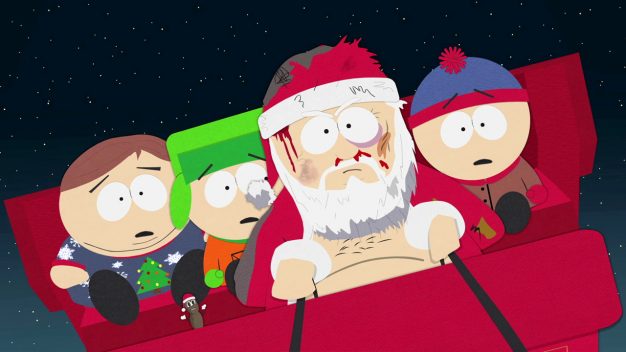 Santa is no stranger to the South Park universe and has come to the aid of the 4th graders once again in their latest adventure. Summoned to South Park on a dire request, Santa unsheathes a baseball bat from his bag of toys to fend off the demonic Christmas Critters. This Santa packs a punch and is a vital key in getting past a rather tough boss fight.  Merry Christmas, indeed!

1. Saints Row 4: The Saints Save Christmas 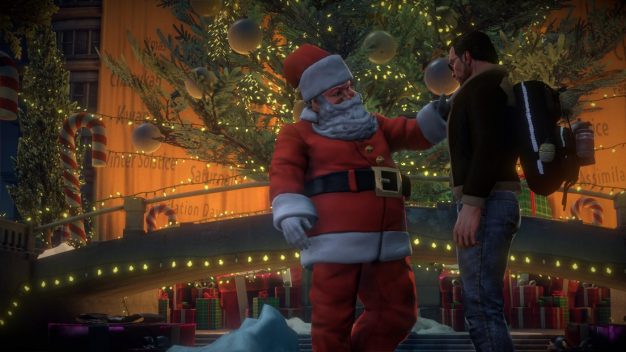 In the Saints last outing, they go to some pretty wild places, but none more wild than when they literally save Christmas. In the titular DLC, Santa Claus gets stuck in the Saints simulation and the Saints need to find the spirit of Christmas to free him. A true classic for the whole family to enjoy, this Santa is full of magic. Of our entire collection of Santas on this list, Saints Row 4’s Kringle has all the right stuff to be the very best videogame Santa.