I wasn’t completely sure what to expect when I started God Wars: Future Past. It’s not typically the type of game I play, but trying to branch out, I wanted to give this tactical RPG a chance. Looking back over the time I played it, I was extremely pleased with the length of the game and how much work was put into the backstory. While I’m not convinced that tactical RPG’s are my strong point in games, it was certainly interesting learning the mechanics and how to play it. I was instantly lured in with a cinematic scene that precedes a short bit of dialogue, before being launched into my first battle. 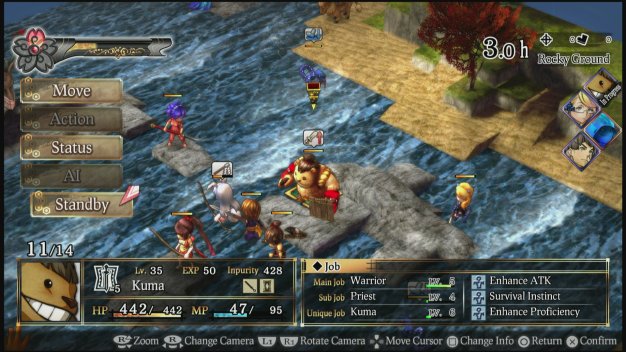 Jumping right into the game, God Wars: Future Past starts with some less-than-exciting dialogue between characters. Kintaro and others discuss rescuing Princess Kaguya. There is a LOT of backstory going on, sometimes it felt almost like the cinematic and dialogue scenes outnumbered the gameplay. After the intro you’ll get into what felt like an extensive tutorial/battle… although, it may have been extensive for me because it took some time to get accustomed to the controls. Once you get comfortable in the gameplay, it’s just a matter of keeping track of each of your characters’ health and what else they may need. 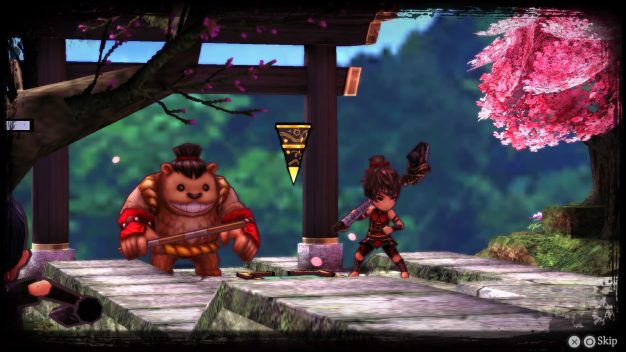 You’ll spend a turn either moving, performing an action (like attacking), using a skill, or healing yourself. Uneven terrains make battles progressively more difficult, but utilizing turns and skills of multiple characters that you control benefits you. Your HP, EXP, and MP is clearly displayed for you. Ending the battle will lead to another dialogue scene, and ending battles will also show your rewards and the experience gained. Eventually you will get other characters to help you win in future battles. 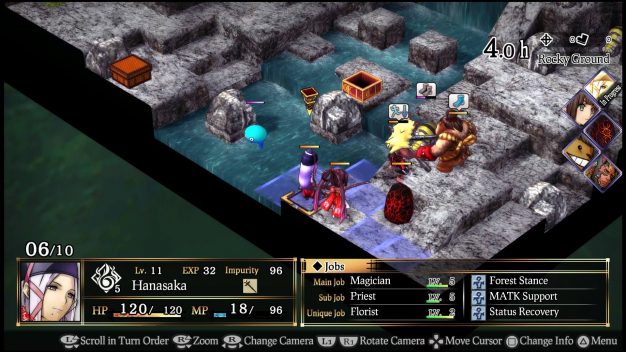 There were some things I really liked about this game. You utilize skill trees to spend points. The music was fun and enjoyable, and I liked learning new skills and figuring out the skills and moves (it took me quite a bit of time to get used to this and the menu). Learning how to scavenge boxes in a battle was exciting, as it used up a characters turn that otherwise could have been spent fighting enemies. 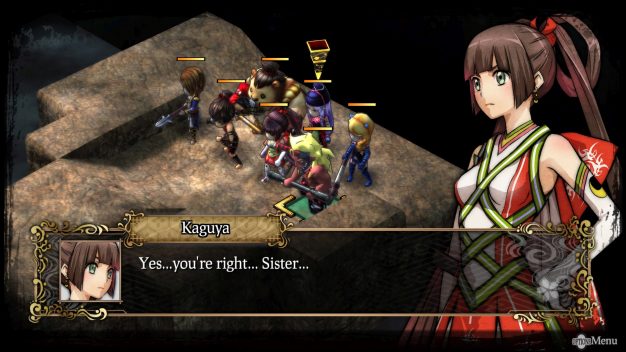 There were times where the camera angles got messed up, and I felt like some of the conversations between characters was at times underwhelming. I didn’t like having to press a button after every person was finished talking . . . to me, I felt like the scenes would have been more fluid if they didn’t make you press a button so frequently to continue the conversation. 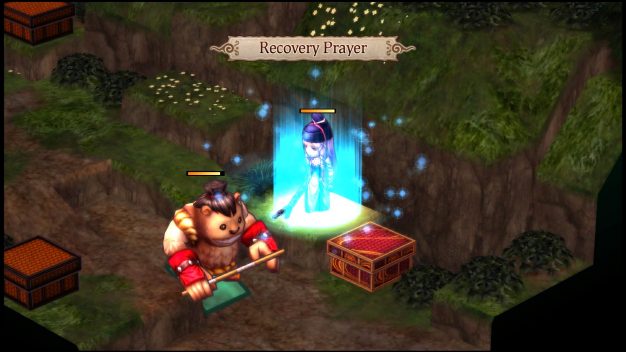 Overall, I really enjoyed how long this game was. I could tell there was a lot of time put into the mechanics and animation. There was definitely a lot of thought put into the character dialogue, too. I personally don’t have many other games to compare God Wars: Future Past to, as turn-based games aren’t what I’m best at. But the amount of content and the fight scenes combined with the cinematic aspects made this an enjoyable experience.
This review is based on a retail copy of the game provided by the publisher.

The future is now!

If you’re in the market for a tactical RPG to spend some time on, check out God Wars: Future Past!