Assassin’s Creed Rogue Remastered is coming to the PS4 and Xbone. If you do not remember, Rogue was originally released for the 360 and PS3 around the time the new generations started. The remaster will come with all of the DLC from the original version including two missions, weapons, customization items, and outfits, including Bayek’s clothes from Origins.

You can check out Ubisoft’s teaser trailer below.

The game looks to be a true remaster for the newer, more powerful PS4 Pro and Xbox One X. Rogue Remastered will run in 4K on the beefier consoles with better environment rendering, visual effects, and textures than the original PS4 and Xbox One models. 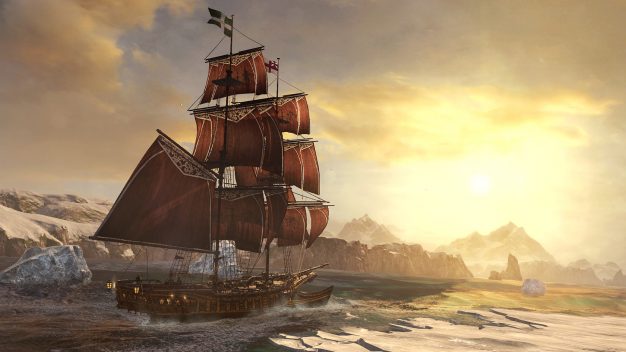 For those who have not played Rogue, the game is focused on Shay Patrick Cormac. He is an assassin who becomes a templar after being betrayed by the brotherhood. He then commits to hunting down his former comrades. The game is set in 18th century North America during the Seven Years War.

With news of Rogue coming back, do you plan on giving it a try?