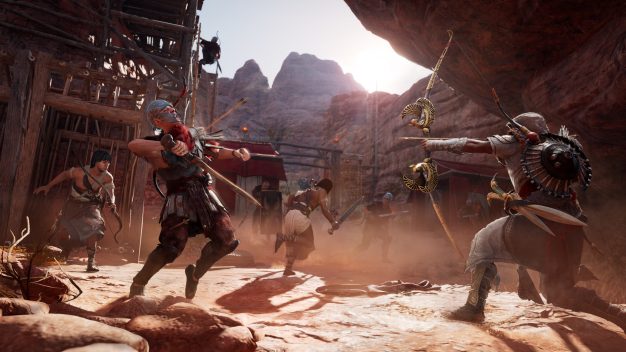 Ever since its release back in October 2017, Assassin’s Creed Origins has received positive feedback from the majority of the franchise’s fanatics. According to our very own Will Georgiadis, this title “has ticked enough boxes in terms of rejuvenating the franchise that I think we can all rest a little easier.”

Ubisoft‘s intention was just that – to start a fresh journey of assassinations. They embedded RPG elements and a playable eagle into the game. Ubisoft also enabled skill customization and created the richest in-game history yet by bringing Ancient Egypt to life. 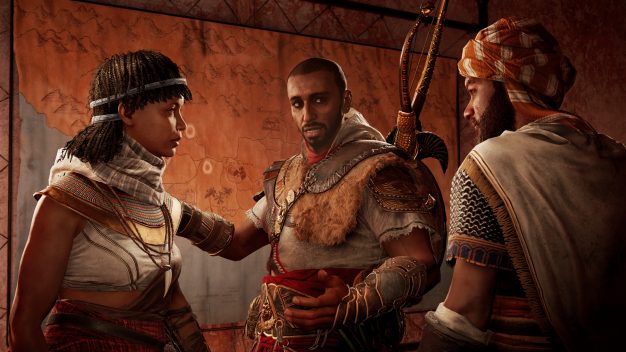 Earlier today, Ubisoft revealed the release date for the very first DLC. Titled ‘The Hidden Ones’, the DLC is only one week away from our grasp. The DLC will be available on all platforms on January 23rd. The events in ‘The Hidden Ones’ take place four years post the main campaign’s events. It focuses on the battle between the Brotherhood and the Romans on the Sinai peninsula.

Aside from earning brand new mounts and Legendary weapons, players will be able to resume leveling up until they reach the new ceiling of 45. ‘The Hidden Ones,’ purchasable for $9.99, will be automatically accessible for season pass holders on release day. 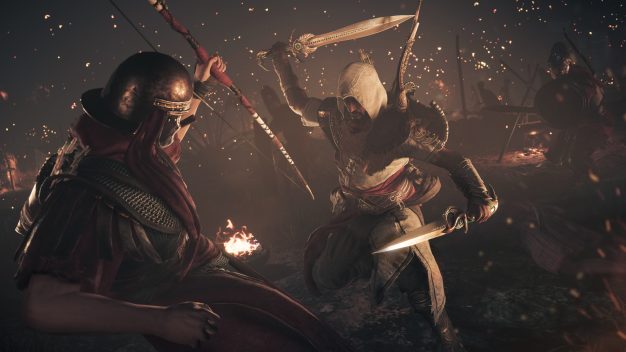 The Curse of the Pharaohs

As for the second DLC, ‘The Curse of the Pharaohs,’ it’ll take players to Thebes and have them explore a bedeviling curse. This DLC will feature well-known pharaohs and Egyptian monsters that have risen from the dead. The level upper limit will be raised to 55, and more mythology-inspired gear will be available. If you own the season pass, you’ll get access automatically, otherwise you can buy it for $19.99 starting March 6th.

One of the anticipated highlights for Assassin’s Creed Origins is the Discovery Tour mode. This mode has been created for the purpose of purely laid back education. Free of enemy encounters, this stress-free mode allows you to roam around Ancient Egypt. You can also go on in-game guided tours to explore the country’s landmarks.

Discovery Tour is a free add-on that will be available for those who own Assassin’s Creed Origins starting February 20th. However, if you’re a Uplay or Steam user and don’t own the game, you can purchase the Discovery Tour mode independently for $19.99.

If you haven’t played Assassin’s Creed Origins yet, the game is now available for PlayStation 4, Xbox One, and Microsoft Windows for $59.99.