If you like flying puzzle games, than InnerSpace is the game for you. In PolyKnight Game’s exploration flying game, you control a tiny airplane piloted by an AI called the Cartographer. InnerSpace opens with a quick prologue of the world before the game started. it tells you about the Ancients, and how they used a energy called Wind to create the Inverse. Then demigods came and took all the Wind causing the Ancients to slowly die out and disappear. The main objective of InnerSpace is the explore the Inverse; the in-game worlds; looking for relics and collecting Wind. The relics vary from being frame parts to skeletons of creatures long extinct, while Wind is used to open doors and upgrade your frame. That is about all I could derive from this game.

Now for the fun stuff. I wasn’t a huge fan of InnerSpace. It seemed a little unguided which may be fine for some people but I usually prefer a little more direction. The controls and the design were great but the actual movement and navigation seemed off kilter. Navigating that tiny airplane into the tight corridors and hitting switches seemed tedious. Luckily for those of us that aren’t flying aces there aren’t deaths or fiery explosions to worry about so that offsets the navigating difficulty. 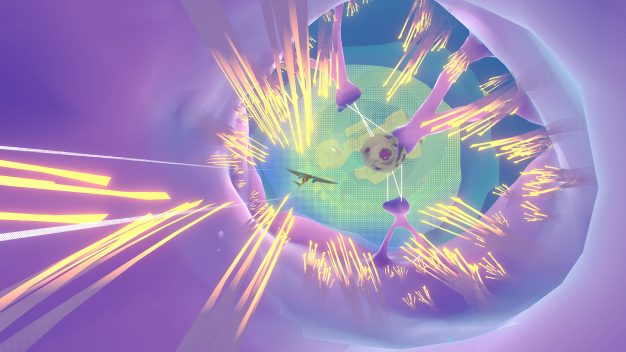 When it came to the plot of InnerSpace, I had some trouble connecting with it. It was almost a good plot but the gameplay didn’t complete the hook for me. This game is definitely a casual game for the casual gamer. For me, the plot didn’t have any element of fear or intrigue. Which I prefer a little bit of consequence, or anxiety driving me to finish the plot. But for a game you throw on maybe before bed, or on a lazy Sunday, this game is the perfect casual game. The plot has all the bones of a great story but it trips just shy of “Whoa.” 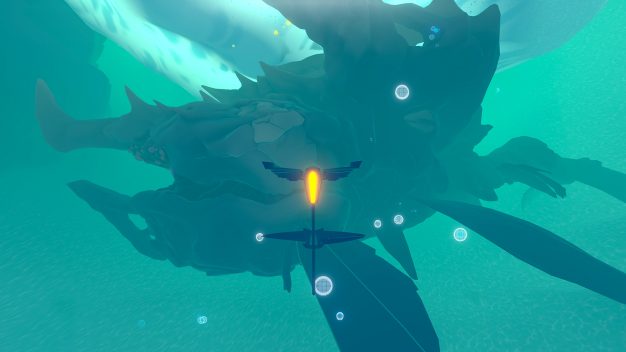 The graphics for InnerSpace were gorgeous. I found myself staring at the world more than once before bouncing off a wall. The game levels were very confusing for me, but for those of you that are going to try Innerspace for yourself, I recommend taking Dramamine and paying vigilant attention to which direction you need to go. Some of the features in the levels were definitely a blast to navigate, for example, I found a secret tunnel that was only a smidge bigger than your airframe, reminding me of that tight squeeze scene you see in any action movie with an airplane, jetfighter, or spaceship.

Now InnerSpace is by no means a bad game. It just wasn’t my type of game. I’m a simple man, I see a monster, I mash a button. InnerSpace required a little more finesse than I was capable of. I personally tried to get into it but it reminded me too much of crashing over and over again in Battlefield airplanes *shudder with embarrassment* but has none of the fear of exploding in a fireball and being laughed at by a vastly superior 9-year-old. Be sure to check out InnerSpace for yourself on Xbox One, PS4, Nintendo Switch, PC and tell me how wrong I am.

A gorgeous if aimless trek through the atmosphere

While the the destination is a little murky, the journey is colorful and calming.