Inkle, the indie developers behind the award winning 80 Days and creators of the ink narrative engine utilized by games such as Dream Daddy, have unveiled their latest game Heaven’s Vault. Similar to other titles in Inkle’s portfolio, Heaven’s Vault is a non-linear narrative adventure game. However, Heaven’s Vault offers so much more than that.

In Heaven’s Vault the player controls Aliya Elasra and her robot, Six, as she studies the Nebula. The Nebula itself is an interconnected series of moons that all have ancient ruins with mysterious inscriptions that Aliya, and the player, can decipher in any number of ways. It is entirely possible for the player to translate the inscriptions wrong and drastically change the results of the narrative that plays out.

Heaven’s Vault contains many branching story paths that can be explored dependent upon Aliya’s ability to decipher not only the ancient language, but the intents of the cast of characters. The way that Aliya translates the text will change the way she perceives the intents of the characters she comes across. 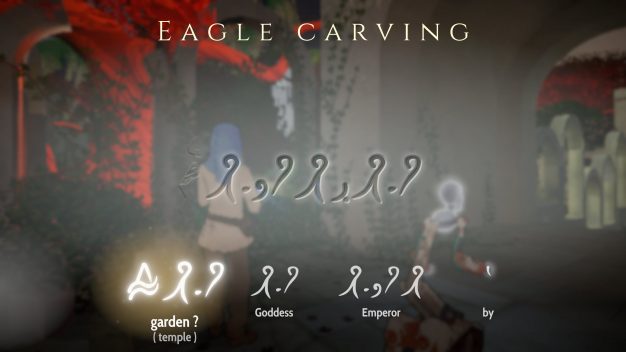 In the announcement trailer the unique art style is on full display and immediately pops off the screen. The backgrounds are rendered in full 3D while keeping the stellar 2D character art; keeping animation fluid with a trippy fading effect. The language of nebula is told through scripts and glyphs that Aliya can assign meaning to in a narrative style minigame and then carry that translation with her through the story. Heaven’s Vault has the potential and all of the right elements to tell a sincerely endearing tale of discovery and fans of the genre should definitely keep this one on their radar. 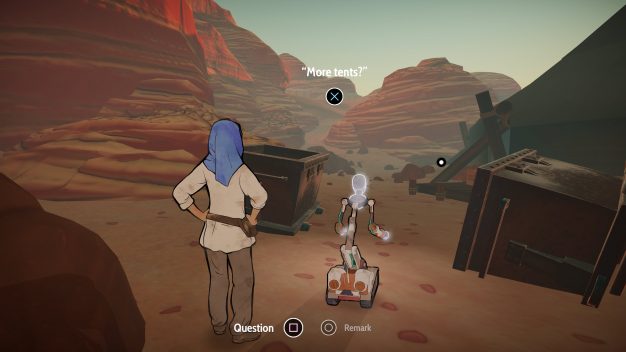 Heaven’s Vault is set to release in 2018 for the PlayStation 4 and PC via Steam. No official release date has been announced, but you can follow the dev blog here for updates as they occur.