If, like me, you often think back on the cancellation of Silent Hills and bemoan what could have been, then you might find survival horror game The Beast Inside to be a welcome consolation.

If you’ve been watching with baited breath the “will they, won’t they” development process of Allison Road, and you just can’t take anymore, then maybe the success of the Kickstarter for this first-person, time-travelling, Cold War mystery will soothe your soul.

And, if you have a few dollars to spare and the love of story-driven horror in your heart, you can get the demo by backing the game with a pledge of $7 or more.

Since the launch of its Kickstarter on February 20th, The Beast Inside, a pseudo-historical horror game from Polish developers Movie Games and Illusion Ray, has already surpassed its funding half-way point. With $25,324 already raised, both backers and developers anticipate reaching their goal of $47,294 by April 1st. 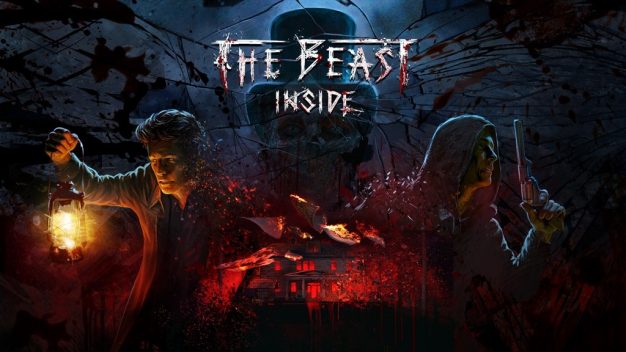 The Beast Inside utilizes the Unreal Engine 4 to tell the story of Adam (a C.I.A. cryptanalyst during the Cold War) and Nicolas (who lived during the American Civil War). Alternating between these two characters, players must unravel the mystery linking them through time as they navigate distinct locales, and contend with the various hostile “entities” that pursue them. In true survival horror fashion, when pursued, players will have the option to either run and hide or to fight, utilizing the interactive environment around them to outwit or outgun their enemies. And, if you’re fiending for some complex mind-games to pad your horror experience, then I’m certain the tout of cryptography-inspired puzzles will have you reaching for your ciphers, just like it did me.

While a $7 pledge to their Kickstarter will get you the PC demo, it’s worth mentioning that higher-tier backers will also receive the beta-version in December 2018, and access to Steam keys upon the game’s final release.

Be sure to check out The Beast Inside, and consider backing what seems to be a very pretty, very intriguing new horror game.