Oh, how the mighty have fallen. Loot Crate, the original pioneer of the geeky subscription box craze, has been having a lot of trouble lately. The last few core crates have been lacking, to say the least, and this is likely connected to the corporate troubles the company has been facing. But for now, the subscriptions press on. For February, our theme was “Protect,” and we were promised items from Black Panther, Pacific Rim, The Expanse, and Fallout. Was Loot Crate able to protect its reputation this time? Let’s take a look. 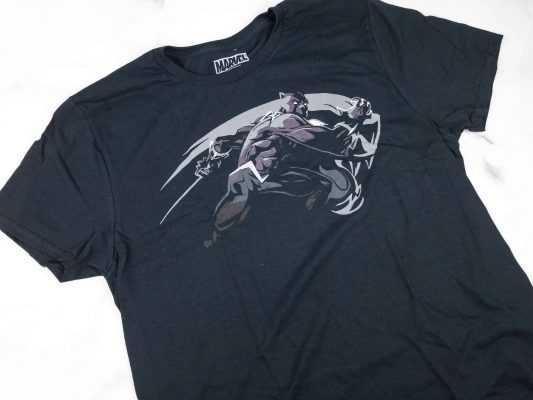 We start off strong this month with an excellent shirt. The design features a large panther head design in the background and an image of the Wakandan superhero in an action pose in the foreground. As usual, Loot Crate is profiting off the most recent superhero movie craze, and this time they’re doing it incredibly well. This is one of my favorite shirts they’ve ever given us. I’m not even the biggest Black Panther fan (though I enjoyed the movie), and I still plan to rock this shirt. If the rest of the crate is this good, we’re in good shape. 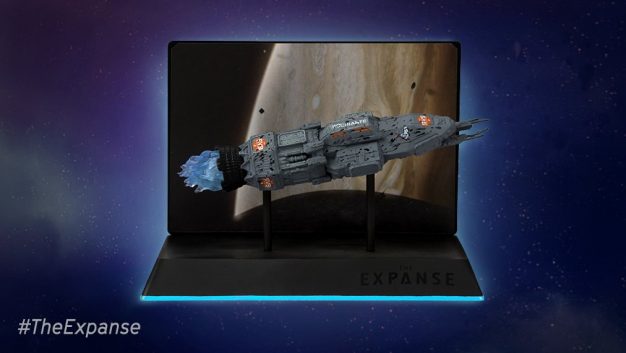 I have to be honest, I’m not sure how to rate this one. I mean, ship models are definitely a cool inclusion, and this one is made pretty well. But…are there really that many fans of “The Expanse” out there? I’m not sure if I had ever even heard of it before this Loot Crate. Maybe I’m wrong and it’s the next big thing, but that doesn’t seem to be the case. This is a kind of cost-cutting we haven’t seen much from Loot Crate lately: a good product for a so-so license. And unfortunately, since the design itself is nothing too special, this item is really only going to appeal to fans of the show. Decent effort, Loot Crate, but I’m not entirely impressed. Bonus points for the included backdrop, though; I do appreciate that part. 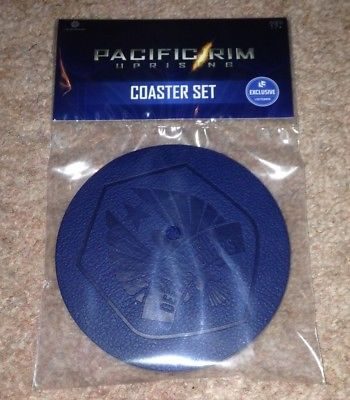 See, this is the kind of cost-cutting I expect from Loot Crate: a decent license, but a disappointing item. This is a set of four coasters, all with the same design based on the logo of the organization from the films. They have a faux-leather finish and a cork bottom. They’re decent coasters, but come on, coasters? Four identical, boring coasters? Is anyone going to be excited by this? They couldn’t even give us four different ones. What could possibly be more disappointing than this? 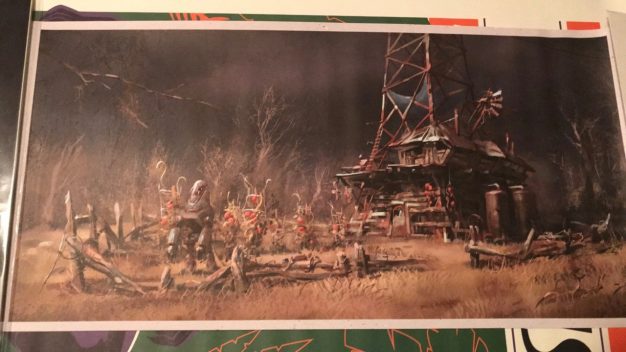 Oh right, that. How about advertising an awesome franchise to be included in the box, only for the associated item to be a lackluster art print on regular old paper? The print is just a Fallout farm with a robot on it. Of all the great sights and designs in the Fallout series, you chose this? Why not a mock ad for Nuka World, or a picture of the New Vegas Strip, or a recruitment poster from the Brotherhood of Steel? Despite its dreary setting, there’s plenty of color to be found in the wasteland if you know where to look. To add insult to injury, the back of the print is just an add for their Fallout-specific subscription box, showing us just why this was included. 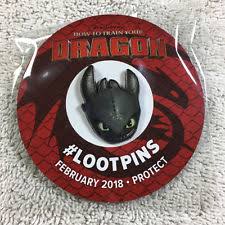 Be careful what you wish for, folks. Last time I said I wanted them to bring back the licensed pin designs. And this time around, we have a pin featuring Toothless from the “How to Train Your Dragon” series. Now, there’s nothing wrong with that; he’s adorable. But the pin is just flat vinyl, no texture or anything to it. I guess that’s the trade off, but it doesn’t have to be, as we saw with the Assassin’s Creed pin a while back. It could be worse, but it could be better too. The real problem here is that they somehow made Toothless look…not cute. I’m pretty sure you have to specifically go out of your way to do that. As for digital content, it’s all Black Panther. We have some digital comics, and a character unlock for Marvel Puzzle Quest. So as usual, it’s not worth a ton for most people.

Loot Crate had a strong start in February with an excellent Black Panther shirt, but it all went downhill from there. The ship replica is neat if you like that semi-obscure show, but otherwise it remains so-so. The pin is also relatively lackluster when compared to previous crates, the coasters are boring, and the Fallout print is just an insult. The value is still pretty good, especially given how expensive shirts like this usually are, but somehow that isn’t much comfort. The good news is that based on what’s been previewed so far, this month’s Loot Crate will be a lot better. The bad news, though, is that if they had to reveal most of the contents early, they’re clearly still pretty desperate.

As a quick note, I haven’t actually physically seen or touched any of these items; my February crate got delayed. But image-based reviews will have to become the norm from now on, as I recently had to cancel my Loot Crate and Smuggler’s Bounty subscriptions due to budget issues.  But fear not, the reviews will continue!

Nothing can protect you from the disappointment