If befriending a Velociraptor while waiting for the bus sounds like the pipe dream of a person who’s watched Jurassic World one too many times, you’d be right.

Or rather, you would’ve been. But after Epic Games‘ keynote at GDC 2018 yesterday, wherein Studio Wildcard announced ARK: Survival Evolved is coming to the Switch, you can plan on taking your dinosaur pals (you’re my girl, Blue), your tribe of survivors and your tree-top home base with you, on the go! 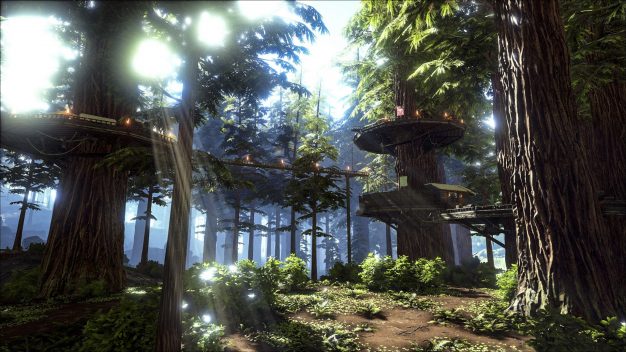 Created alongside Abstraction Games, ARK: Survival Evolved is scheduled to launch this Fall 2018 to both digital and retail. Taking full advantage of the Switch’s portability, you can expect to take this prehistoric survival game with you wherever you need to be, whether that’s the gym, your couch or stashed away under your desk, for when you’re supposed to be working. With the inclusion of all the games’ original content, Switch users will get to experience the full game with all its features intact, with the added bonus of being able to hop into ARK‘s open-world anytime, anywhere.

ARK: Survival Evolved went live on Steam’s early access in June 2015, and since, over 13 million players have attempted to survive amongst ARK‘s 100+ dinosaurs and creatures. Playing alone, or with others online, survivors can kill or tame the island’s creatures, building bases as a means of defense and developing technology and weapons, ranging from a rock on a stick to dino-mounted laser cannons. ARK: Survival Evolved’s Switch release will mark the last in a long line for the game on console, which has graced both the PS4 and Xbox One, and Studio Wildcard has also announced that invitations for the Closed Beta have been sent out (courtesy of creator War Drum Studios) to iOS players.

If you happen to be at GDC 2018 in San Francisco, take advantage of the limited time left by playing ARK mobile in the Epic Games booth, and keep a look out for ARK: Survival Evolved this fall for some dino-laden, laser shooting, survival game goodness to go! 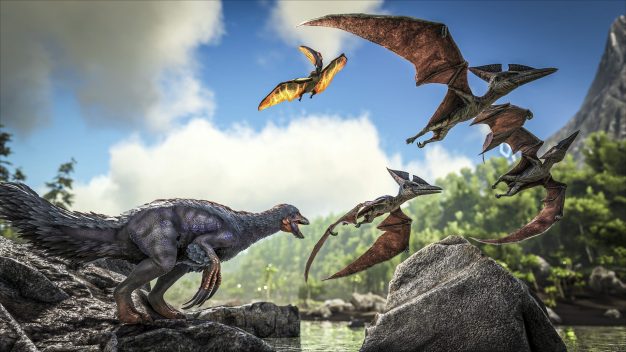