Unless you’ve been living under a rock for the past few months, you’ve heard of Monster Hunter World; the Japanese craze became a worldwide phenomenon, selling faster than any other game in the franchise’s long history. The world’s most self-explanatory title has managed to perfect a winning formula of gratifying gameplay and gorgeous visuals, appealing to a much broader range of gamers with its streamlined mechanics and weirdly intoxicating blend of slaying, looting, and crafting. In fact, so many of the TVGB team played the game at launch that we couldn’t decide on who got the honour of reviewing it – I played a bit of the open beta, though, so do check that out. 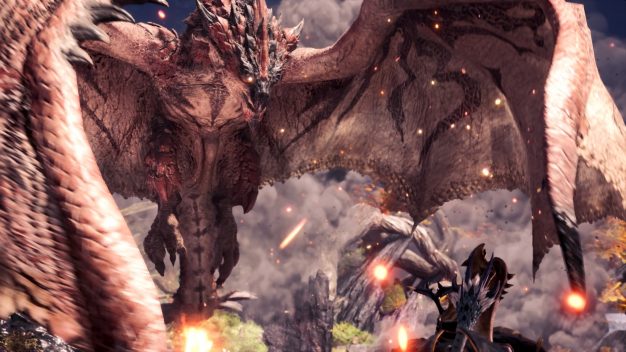 I actually took this one. Dead chuffed.

To top it all off, the Monster Hunter World DLC season has begun, and the first monster has been released into the New World. Veteran hunters will recognise the Deviljho from 2010’s Monster Hunter Tri; he’s an ugly looking Brute Wyvern with a crazy appetite and no regard for territory. Here’s a close look at the tiny-armed terror:

The Deviljho and associated quests can be found by catching a glimpse of the monster itself in any locale marked with the ‘???’ that indicates an unknown species. This will prompt a tracking quest – collect enough information on the beastie, and you’ll unlock the chance to go toe-to-toe. You’ll need to be High Rank for this (HR 14 and above). 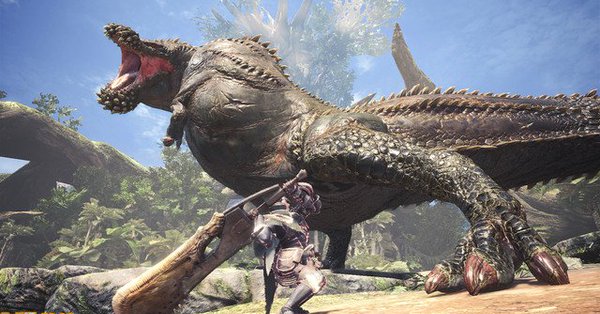 Here he is, looking swole.

With the latest Monster Hunter World DLC comes an onslaught of new stuff. The Deviljho has his own alpha and beta armour set, as well as new choices for each of the 14 weapons; so far, this new gear looks like a worthwhile addition to your arsenal, particularly given their emphasis on Dragon Elemental damage and the Part Breaker ability. On top of this, you’ll also be able to craft the Wyvern Ignition, a fan-designed weapon that kicks off a long-standing Monster Hunter contest and tradition. The Palico half of a Mega Man crossover event has also been released, allowing you to dress your furry friend as a blocky android. 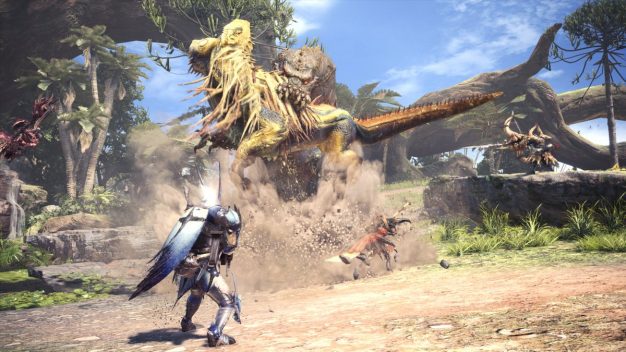 Here he is, eating Great Jagras for snacks.

The most important addition to Monster Hunter World, however, is the chance to completely re-customise your character. The first one is on the house, but any further alterations to gender and physical appearance will be implemented as microtransactions. So if you’re like me, and sick to death of your ugly middle-aged avatar, now is the time to expend some effort and give the guy/girl a make-over/sex change. 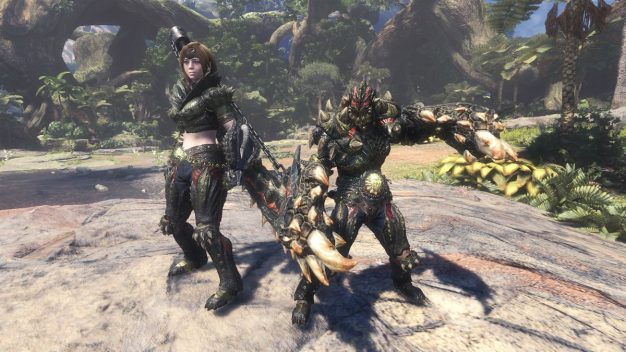 Here he is, being worn as armour. Images courtesy of VG247.

The update also includes a variety of bug fixes and performance improvements. Loading times have been reduced, and the option to return to the Gathering Hub at the end of a quest has been added; all 14 weapons have received balance alterations, and you’ll no longer be prevented from carving by a team-mate’s attack. This is just a start: for a full list of patch notes, head to the Wiki here. 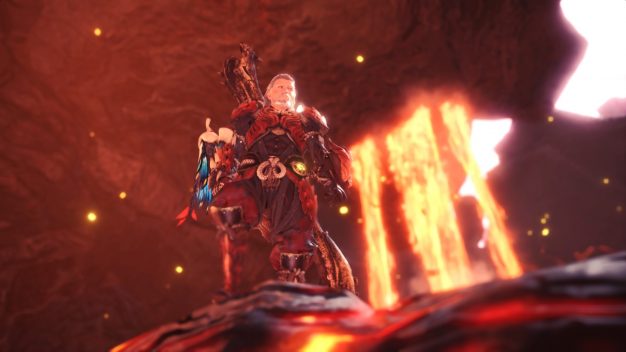 Next up for Monster Hunter World is a Spring event that will add daily challenges and redesign the look of the Gathering Hub to feel somewhat more seasonal. This begins on April 6th, and ends on the 20th; in the meantime, get cracking on that Deviljho. He was released on March 22nd, and comes free of charge – do you need any more excuses to hunt something?