It’s been a while since we’ve seen Kirby in a home console game, hasn’t it? The pink puff ball hasn’t graced our televisions in a main series game since 2011’s Return to Dreamland (or Kirby’s Adventure Wii in Europe and Australia) launched on the Wii. It’s safe to say Kirby’s main home is on handhelds. But given the dual nature of the Switch, it’s the perfect system for bringing back the main series. It’s also a good opportunity to take stock of the series and figure out where it needs to go moving forward, because while there are some new things happening in Star Allies, it still pretty much feels like Kirby. 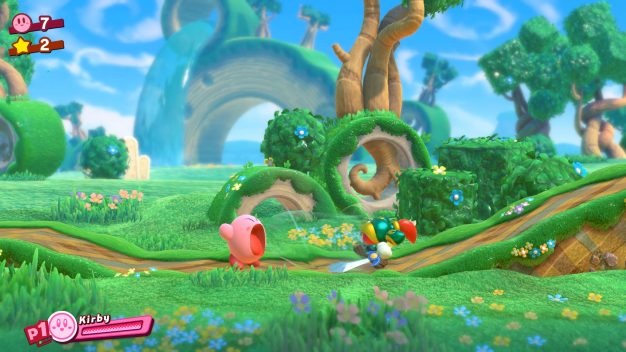 The core gameplay of the series hasn’t changed too much since Kirby’s Dreamland 2 on the original Game Boy. Star Allies is still a side scrolling platformer, in which you play as the adorable mascot Kirby. Throughout the stages are special enemies Kirby can suck up to borrow their powers, giving him a wide variety of abilities. There are even more abilities added in this game, with some older ones getting refreshed. But as fun as new copy abilities are, they aren’t the main focus. Instead, the game is named after the only brand new mechanic in the game. At any time, Kirby can throw a heart at an ability-carrying enemy. This causes the enemy creature to become an ally, being controlled either by the AI or another player. There are a few things added by this new ability, some of which are more significant than others. Combining Kirby’s current ability with that of one of his partners (he can have up to 3) gives it new capabilities, similar to the combinations seen in Kirby 64. 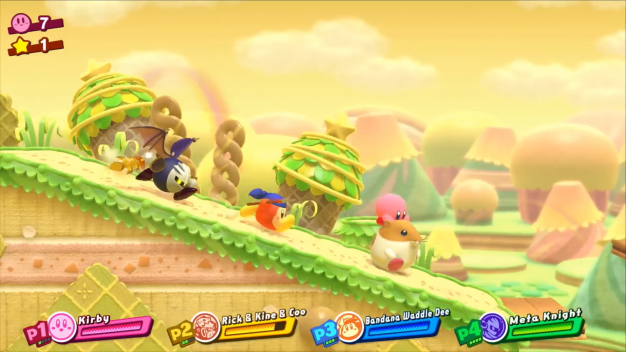 For the most part, though, these new abilities and mechanics aren’t particularly exciting. While Kirby 64 focused on the combinations and making them interesting, the combos here mostly just involve adding an element to a weapon (flame swords, shock spears, etc.) And don’t change the appearances of the weapons. There are a few more interesting ones, like a giant umbrella to block waterfalls, but for the most part it isn’t exactly exciting. 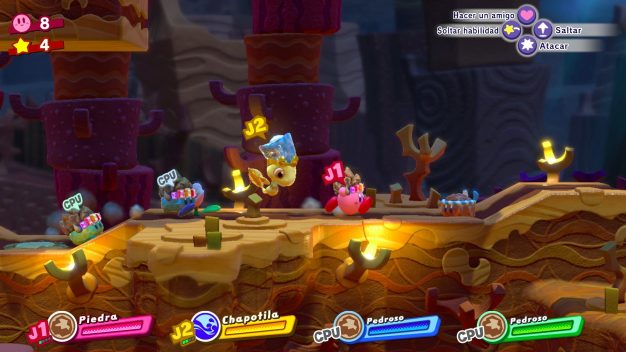 Fortunately, there are some very cool new individual powers introduced here. One of my favorites is the Staff ability, which gives Kirby the crown and length-changing staff of the legendary Sun Wukong. Or, for people not really into classic Chinese literature, it’s the Power Pole from Dragon Ball. There’s also the return of the Cleaning power which we haven’t seen since Kirby’s Dreamland 3, amped up to be more useful with attacks that call upon Kirby’s friends from Dreamland 3. These aren’t really enough to make the game feel particularly fresh, but at least it’s fun. That said, the low level of difficulty means that it isn’t going to keep older gamers satisfied for too long. But it’s Kirby, so this should be expected. 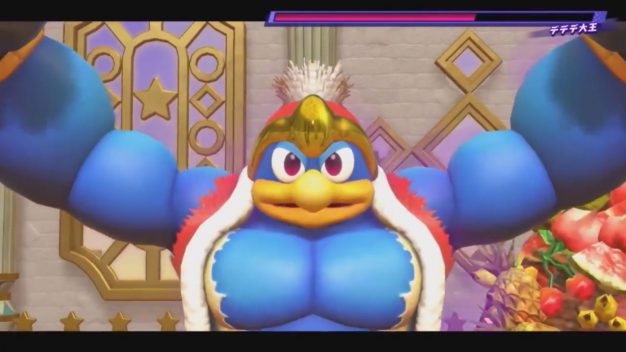 Visually, while there isn’t a big change to the aesthetic from previous games, there’s been a serious jump in quality. This is the first main series Kirby game in HD, and you can tell the developers really wanted to make use of that. Granted, once the shock wears off, it’s not exactly Breath of the Wild-quality, but it’s still pretty darn good for this series. The game is also chock full of fan service, for the Kirby series and Nintendo in general; the animal friends I mentioned earlier are just the tip of the iceberg. One big example is the Psi ability, which returns from Planet Robobot. It’s based entirely on Ness from Earthbound, in terms of both the hat and the moves. Throughout the stages you can also find puzzle pieces that eventually come together to make pictures of major moments in the Kirby series; they may not be as good as the collectibles in Triple Deluxe, but it’s a cool idea.

Kirby: Star Allies is another one of those games that you probably don’t need me to advise you on If you know the series. For better or worse, if you want more of the Kirby gameplay you’re used to, this is the game for you. There’s just enough new to keep it from being a full-on rehash, and the improved graphics make a noticeable difference. But at the same time, it’s hard not to feel like Nintendo rushed this one out to fill in the Switch’s Spring lineup. It’s not a bad game, by any means. But with the Switch already having breathed new life into Zelda and Mario, is it too much to ask for Kirby to get a long overdue update?