Rising Star Games, publisher of the 2D platformer 88 Heroes and kid-friendly farming sim Harvest Moon: Lil’ Farmers, announced today that it will be showcasing its 2018 lineup at PAX East. From April 5th to the 8th, attendees of the Boston convention can check out Rising Star’s three new titles Trailblazers, RICO and Decay of Logos, during a public showing at their booth. 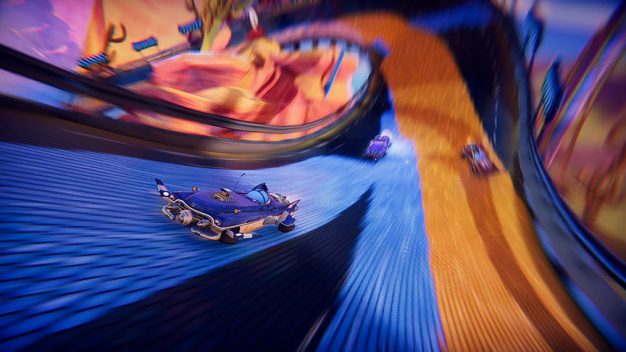 As a co-operative, team-based racing title, Trailblazers takes the paint-slinging chaos of Splatoon and brings it to the race track. In teams up to three-versus-three, players must paint the track to their advantage, coating strategic points in their team’s colour so they can boost their way to the finish line. Developed by UK studio Supergonk, Trailblazers encourages players to work in tandem with one another, taking advantage of each character’s strengths and special skill-sets to capture the majority of the track, giving the whole team a winning advantage. And for the lone wolves out there, to whom teamwork just isn’t in your wheelhouse, Trailblazers also boasts the ability to go it alone with a single player story mode that promises a unique set of challenges and objectives to complete. 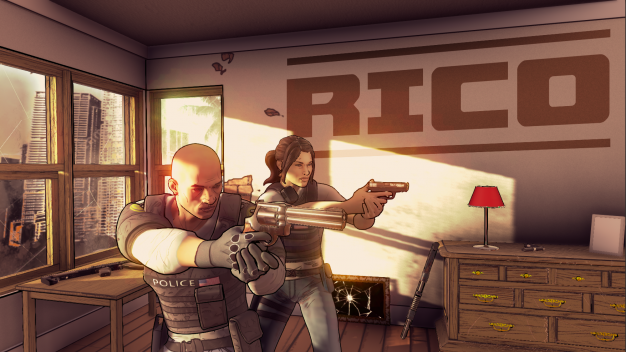 Going from the pop-coloured, Westworld-style landscapes of Trailblazers, Rising Star’s second title RICO pulls a complete 180, taking players on wild arcade-style, shoot-em-up ride. As a team of exacting police partners, players must utilize their resources as part of an elite task-force to rack the case in twenty four hours in this tactical first-person shooter. Developed by Bristol Games Hub developer Ground Shatter, this game is a run and gun extravaganza, forcing players to adapt and react to shoot-outs as they arise, and features a unique roster of enemies and weapons. RICO offers both online and offline co-operative play with split screen and controller support, so players can team up with friends across the globe, or whoever’s sitting next to you on the couch (if only my cats had opposable thumbs). 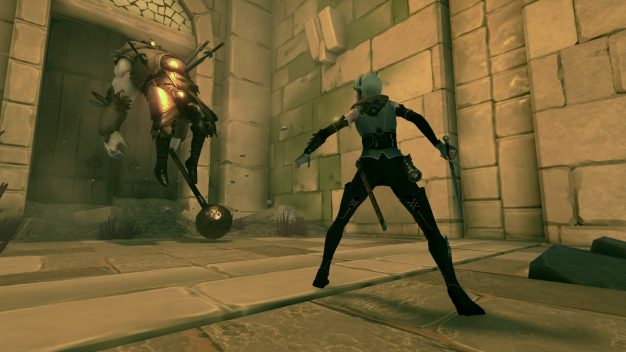 And last but not least, the third game on Rising Star’s roster is action-RPG Decay of Logos. Starring a bad-ass, sword swinging young woman in a fantastical world inspired by European folklore, Decay of Logos is the brainchild of lead designer and programmer Andre Constantino, brought to life in conjunction with Amplify Creations. Players have a large, beautiful world to explore and survive in, the latter relying on their ability to manage their inventory and unravel the secrets of Decay’s mysterious kingdom. The combat system is punishing, but rewarding, and there exists a plethora of weapons, armor and items, as well as a level-up system to assist players in developing their own unique play-style.

And did I mention you get a pet Elk? One that you can ride, that helps solve puzzles, reacts to its surroundings and that you can hopefully (for the love of god, please) give chin scratches and treats to? Maybe I should have said that right off the bat. 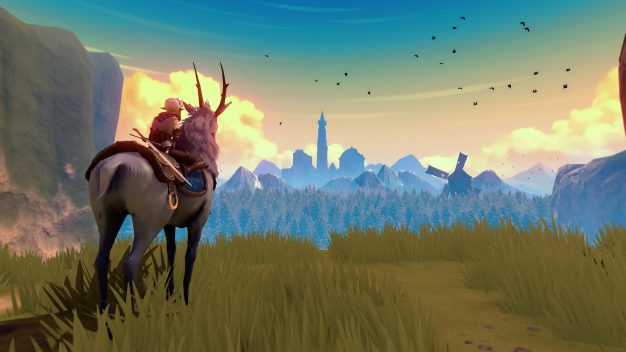 Rising Star Games can be found at booth #13070 during PAX East, so if any of these games strike your fancy and you’re planning on attending the convention, stop by and check them out during their first ever public showing. And if you do, be sure to ask if you can give the Elk in Decay of Logos treats and pets, and get back to me! Because if not, Rising Star will be receiving a strongly worded letter, penned (anonymously, of course) by this particular animal companion fanatic.