Ever since the 16-bit era, Nintendo consoles have always offered a solid space flight shooter thanks in part to the iconic franchise Star Fox. However, the first party franchise lies dormant after the lukewarm response to the Wii U entry, leaving a starship sized hole in the library of a new console finding its footing. Seizing this opportunity, Deep Silver brings the mobile Galaxy on Fire series to prime time with a port of third installment for the Nintendo Switch titled Manticore: Galaxy on Fire. 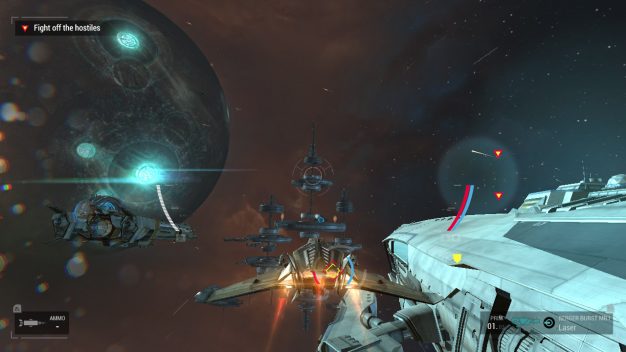 As a franchise, Galaxy on Fire has etched out a name for itself through several high profile releases on android and iOS devices, dating back as far as 2006. These releases brought an unmatched level of space flight to the mobile platforms. Naturally, the Nintendo Switch seems to be the ideal console to branch the franchise out towards due to its hybrid mix of console performance and handheld capabilities.

Manticore: Galaxy on Fire makes the most of the increased power of the Switch over a standard smart phone. Some of the best 3D worlds I’ve seen in a Switch game not developed by Nintendo reside in this game; they are a genuine spectacle, especially in handheld mode. Despite the budget title price, Manticore routinely punches above its weight class when it comes to visual fidelity, delivering an unexpected beauty to the Switch. 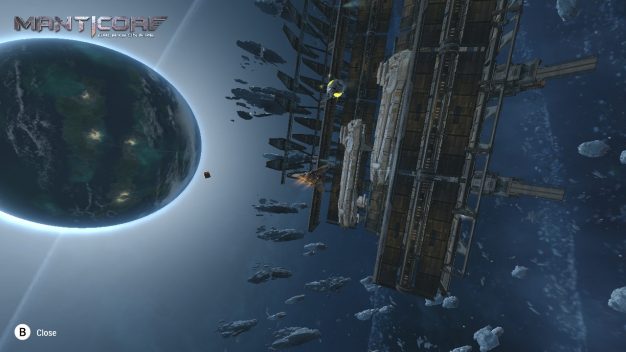 In Manticore, you are an ace pilot tasked with hunting down space pirates that were responsible for a planet bombing. Outside of the broad strokes, I could tell you very little else about the reprehensibly generic story served up in this game. Manticore does a poor job of contextualizing the gameplay and making the player care about what is happening on screen. There’s so much surrounding the beautiful visuals of Manticore that is incredibly dull.

The real meat of the game lies in the space combat and exploration which is very enjoyable in short bursts thanks to the mobile design philosophy. You can pick up the game, start a mission, then immediately get dropped into a battlefield where you can dogfight space baddies or just explore the surprisingly detailed worlds. However this mobile philosophy is a double edged sword when the game is played in longer sessions and the flow becomes choppy and repetitive. 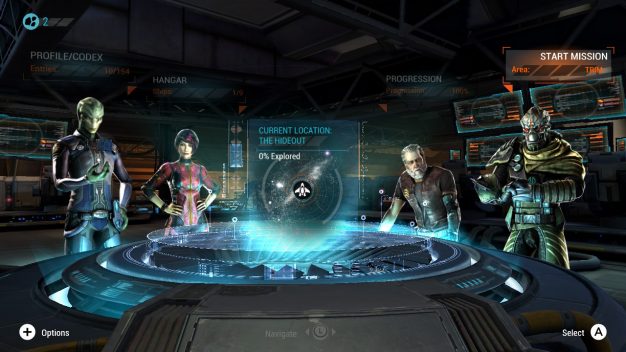 The gameplay of Manticore is simplistic, with 4 basic weapon types paired with a a targeting stick and a maneuvering stick that controls thrust as well as aerial dodges. The controls do just enough to get the job done and can still manage to feel rewarding while picking off waves of pirates. The ships come with unlimited ammo on the primary weapons, a set amount of missiles, and a rechargeable boost gauge that determines how long the ship can boost or how many dodge rolls can be performed in a row. While this works well to balance combat, outside of firefights you’ll be lamenting the puny boost gauge while you’re just trying to explore.

There are 9 ships in Manticore that are upgradable and able to be outfitted with several different weapon types to fit the battle. The mixing and matching of weapons and abilities offers up a bit of variety, but on the whole the customization is fairly shallow. The space lasers that are able to be equipped are technically different types of firepower, but for the most part they feel the same.  The only real reason to swap out weapons is to play off boss enemies weaknesses. 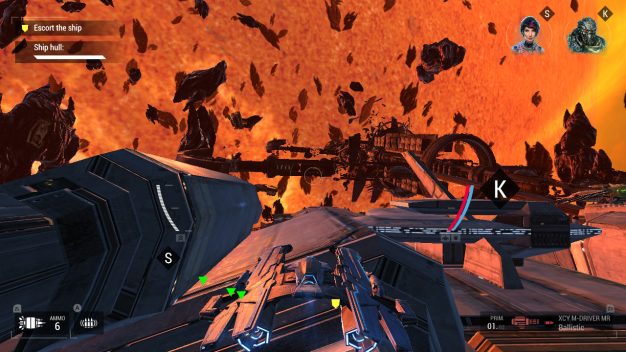 The combat encounters in Manticore are fairly straight forward for the most part; standard enemies all fly and attack the same. However, these encounters gain a bit of variety from bosses implementing some tactics such as teleporting, absorbing energy from attacks, or engaging a rear shield to prevent dogfights. Despite these attempts, Manticore is still desperately lacking in combat variety.

Variety is an issue in Manticore in general as it becomes instantly noticeable that the game is only capable of offering the same mission types. There are defense missions, boss fights, and Superman 64-esque fly-through-the-rings racing missions. The repetition of these mission types manages to make what is essentially a 5 or 6 hour game feel like an absolute slog. 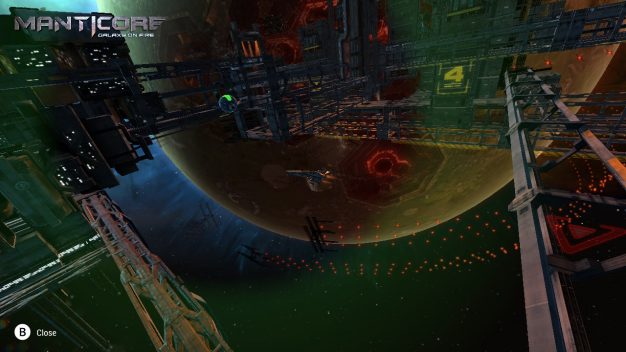 Manticore brings a vibrant, explorable space environment to the Switch, but can’t seem to separate enough from the shallow gameplay style of it’s mobile roots. The flight and combat of the ships is serviceable, but nothing to knock your socks off or keep you playing for any extended period of time. The choppy, repetitive mission structure, while viable in a mobile title, doesn’t transition well to a console market’s expectations. Manticore is a decent transition from a phone franchise to a full console game, but it would best be seen as a learning experience for the developers involved.