Let’s talk about Garage. It’s a top-down shooter from US indie game developer TinyBuild. It’s light on the pixels, and heavy on the gore. And finally, it’s just launched exclusively on the Nintendo Switch; while I’ve been treated to a glimpse of a press-only PC preview build containing the first hour of the game, I can confirm that it’s not the sort of game that would require any major graphical compromises to run well on the hybrid console. 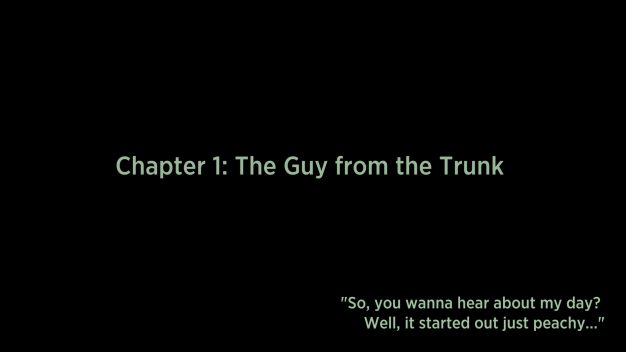 Inspired by what the press release describes as the “VHS era B-movies,” Garage follows the journey of a drug dealer named Butch. He bursts from the trunk of a car to find himself in an abandoned multistory car park. For reasons as of yet unfathomable, the dead walk the Earth, accompanied by an assortment of horrifying mutant creatures intent on ripping our virtuous protagonist to shreds. 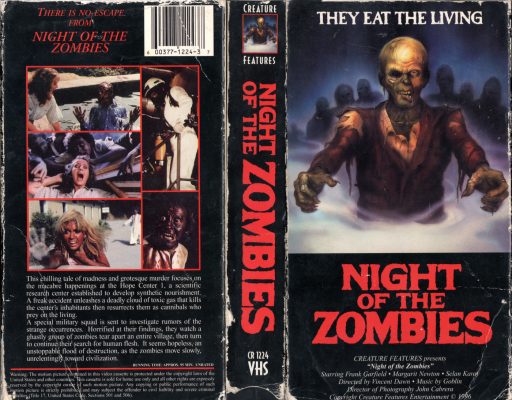 It’s Night of the Living Dead Zombies from Outer Space 2: When Mutant Canines Attack! And it’s about as cheesy.

Aside from the occasional cutscene interjection, the camera is fixed in the top-down position. As a result, the gameplay in Garage tends to revolve around pointing, shooting, and dodging until you’re no longer crowded by enemies on all sides. It’s the kind of endless rotation that is best suited to a twin-joystick configuration rather than mouse and keyboard, and so I reckon the Switch will immediately prove a more comfortable environment for the game – I often found myself struggling to multitask with the WASD set-up as I ran circles around the few boss baddies I faced. 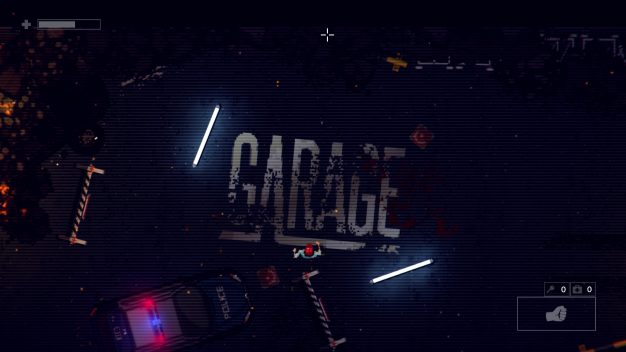 The player character – that’s Butch to you – has a few tricks up his sleeve, and independent controls for arms and feet allow for some surprisingly epic moments. Kick through a door, fire axe in hand, as the living dead burst from the shadows and lurch toward you. Smash a crate, and find some ammo (or a skulking rat). Put your foot through a vending machine, and grab a chunk of health in Snack or Beverage form. 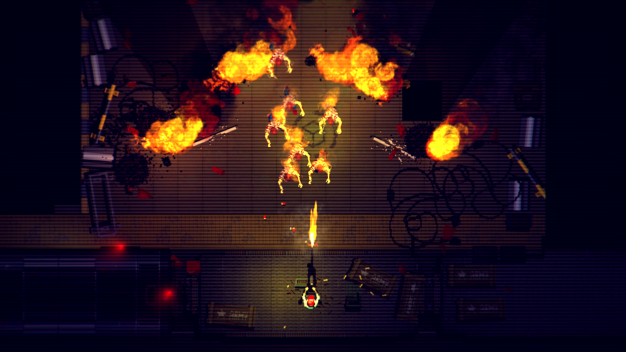 Med kits are gold dust in Garage, as they can be saved for later consumption. Weapons, on the other hand, are abundant, though your trusty fire axe will end the life of a zombie in one charged-up swing. It’s pretty simple stuff, but it’s all based on tried and tested methods of keeping the player from relaxing too much.

After all, you don’t want to axe your way through a chained door with no health, only to find this on the other side: 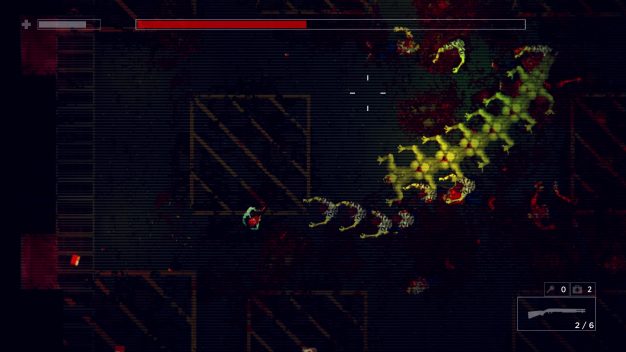 Yup, those are human arms. And human torsos. In a chain of human centipedery.

Garage is a bit of a cliché-fest, but there were a couple of things that caught my attention. The first, you see in the above image: gruesome, contorted bosses that are reminiscent of some of the more disturbing cinematic endeavors of the past century or so. The second came in the form of an unmarked drug, immediately and brashly ingested by Butch; in an instant, the world was set ablaze with pulsating technicolor, and meandering pathways that glittered with prismatic light began to form in front of my character’s dilated eyes. Our drug dealing dude had digested some of his own product, and it produced a shift in tone and aesthetic that I was sad to see fade away. 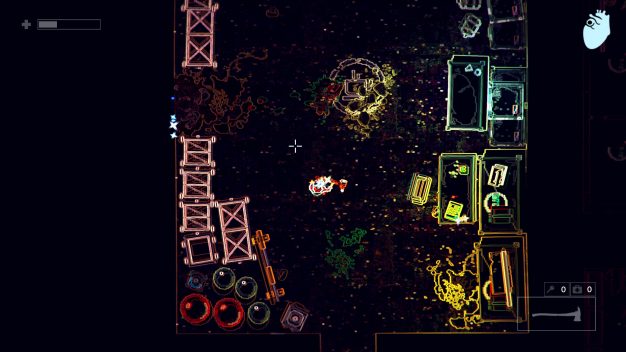 It is not hard to see why Garage has been compared to a VHS era B-movie. Unfortunately for the player, the plot is about as coherent as any two-bit zombie flick. Fortunately, though, it doesn’t matter a jot, as you’ll be too busy hacking away at the zombified populace to care about the ravings of a evil scientist or a business mogul named Richard Smith. To their credit, TinyBuild litters the world with gameplay items designed to render the narrative in something resembling 3D: discarded papers reveal anxious employees, and the occasional spooky cut-away advertises a drug with dubious side-effects. 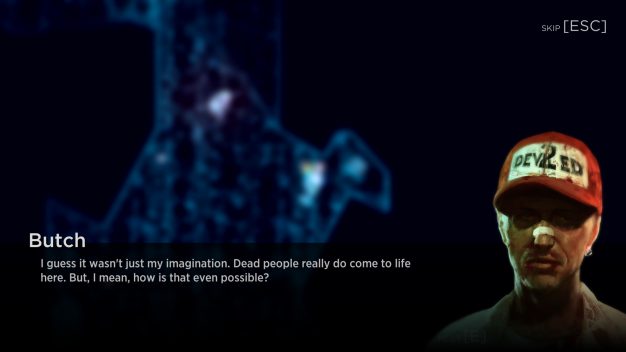 Sadly, my time was cut short before the real plot began, and though I have no doubt it’s as contrived as the opening sequences I did enjoy the creepy cutscenes. From what I gathered, the business mogul with a bland name has hired the evil scientist to produce an army of invincible soldiers, but the evil scientist has gone off-piste and produced what he would describe as the best thing since sliced bread/intestines: two-headed hounds, undead monstrosities, and the Board of Directors stitched together like a Human Centipede. Perhaps Mr Smith lacks the business acumen with which we originally credited him? 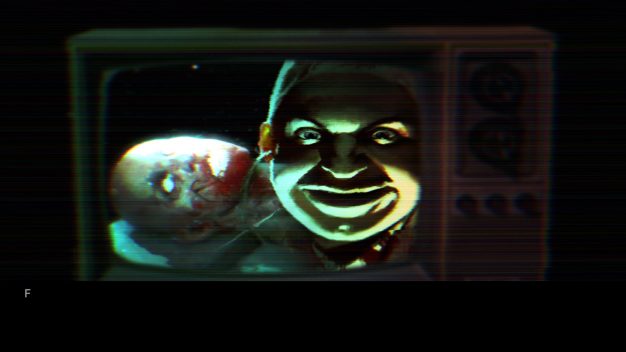 Tell me that isn’t the most bat-shit crazy thing you’ve seen today.

Garage is rendered in the 16-bit style that I usually associate with much more cheerful subject matters. Since playing this (and The Long Reach, which by the way is well worth a visit) I’ve come to the conclusion that indie game design teams and graphic artists prefer the pixelated palette for a number of reasons, but I can’t for the life of me work out why it has been appropriated by the creators of horror games. Garage‘s art style lends itself best to those psychedelic moments I mentioned earlier; pixel art is meant to be vibrant, and the neon undulation of that rainbow-tinted world could not have been better rendered if it were produced by a triple-A developer. 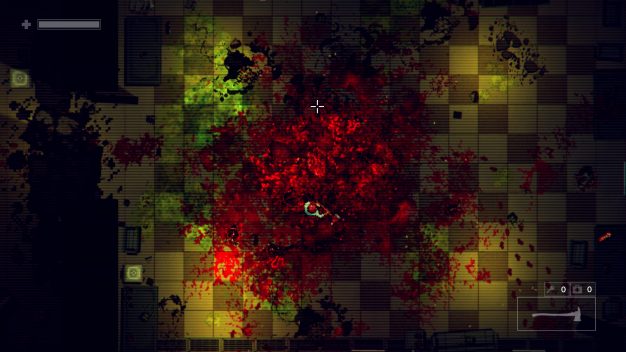 I suppose the 16-bit graphics are conservative, easy on the eye and on the TinyBuild wallet. But then again, the Garage main menu looks like this: 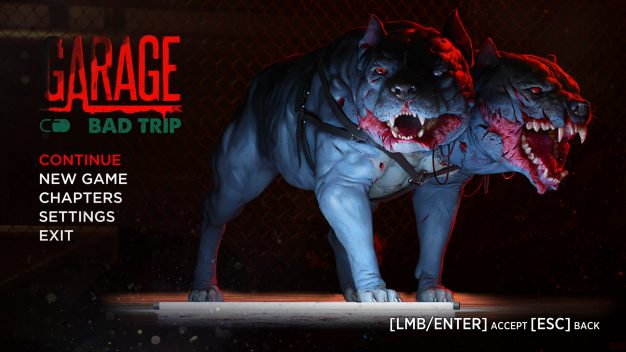 So perhaps it’s a question of lowering the requirements for player immersion. Better to keep things 16-pixel simple than to overextend with a graphics engine that might not actually deliver. In any case, Garage looks as grim as it plays. right down to the mounds of eviscerated flesh and rotten corpses that pile up once the rounds start flying. Though I do wonder what might have been, if that concept art hadn’t stayed a concept. 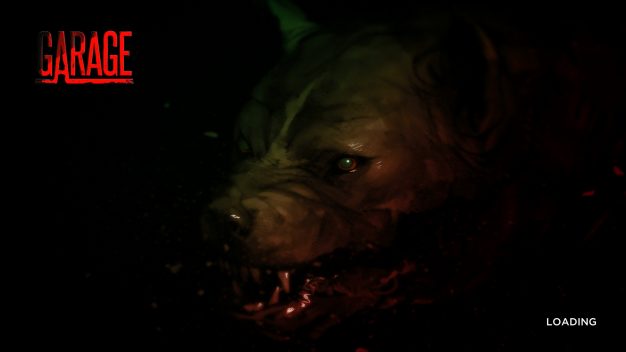 Garage is definitely a mixed bag. The corny narrative and simple mechanics are not major drawbacks, but the overall effect is not exactly one of staggering grandeur. If Garage were a movie, I’m sure in a decade or two it would be hailed as a cult classic by a specific subset of 30-something year old men; unfortunately, VHS era B-movies have only become more underwhelming with time, and so to tap into that realm of hammy acting and godawful special effects was always risky business. Fortunately for Garage, the ever-pleasing pixel-art saves the day, as does the undeniable intensity of the top-down twin stick shooter. It’s derivative, it’s shallow, but it’s a good bit of harmless fun.

This preview is based on an exclusive press-only PC preview build provided by the publisher.