I’ll admit I’ve not played a Telltale The Walking Dead game in about five years, but that’s not due to a lack of interest. My distancing myself from the series had nothing to do with the game, which was expertly crafted, fun and intriguing in a way I’d never expected. No, I stopped playing because, at the end of the first season, I was reduced to a blubbering, snotty, inconsolable mess on my living room couch, unable to explain to my confused roommates (whose experience with videogames begins and ends with Candy Crush) why I was so upset. I think I managed to choke out a broken “Lee,” declaring in a crestfallen whimper that “Clem’s all alone,” but ultimately, they couldn’t possibly understand the breadth of what I was feeling. On one hand, they’d never experienced an emotionally compelling videogame and as such had no frame of reference, and on the other, they’d not spent the last week playing as Lee, the criminal with a heart of gold who was thrust headlong into parenthood, tasked with caring for and raising the young Clementine the best he could manage at world’s end.

They couldn’t understand that the agony I felt in that moment wasn’t because a character in a videogame I was playing died. The reason I felt his loss so intimately was because I was wholly invested in Lee’s commitment to Clem, and the understanding that now all she had to rely on to stay alive were the things I’d taught her. Lee died holding on to the hope that he’d done enough to prepare her for life on her own in an apocalyptic America torn asunder by undead cannibals, knowing that there was nothing more he could do and understanding the odds were stacked against her. And in that moment, I felt all of that as acutely as if I were Lee himself. Telltale’s The Walking Dead had managed to blow my expectations out of the water, delivering me a captivating, emotionally evocative experience fraught with choices that felt substantial, relationships that felt authentic and companions that felt multifaceted and really, truly human.

In short, it made me feel things.

The reason I never returned to the series could then be compared to someone who, after experiencing a car accident, is suddenly afraid of driving. The first season of Telltale’s The Walking Dead burned me, and I was afraid to go back. Now bear in mind, this was when I was in my early twenties, when I still thought emotions were nasty, inconvenient things and that the pinnacle of the human experience was to float around in the ether of apathy, bouncing from one distraction to the next. I didn’t want something to emotionally compel me; I just wanted a good time.

Now that I am an older, wiser 27-year-old (yes, I’m being facetious, don’t @ me bro), one who is not convinced that emotions are the devil and who can appreciate, and actively seeks out movies, books and videogames that give me “the feels,” I’m starting to think a return to the world of Lee and Clementine is in order. And after watching the trailer for The Final Season, I believe that as the series seemingly comes full circle, now is the perfect time to do so. 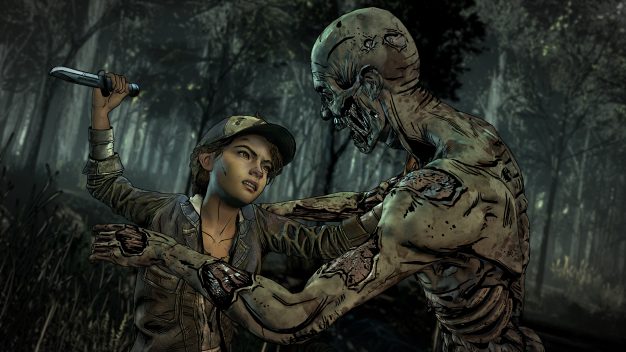 Telltale Games and Skybound Entertainment has announced that episode one of The Walking Dead: The Final Season will be coming to PC, PS4 and Xbox One August 14th, with a Nintendo Switch release slated for later this year. Pre-orders are available starting June 8th, with Telltale offering a slew of bonuses for getting the jump on it, ranging from immediate access to The Walking Dead: The Telltale Series Collection for PS4 and Xbox One players. This collection includes all 19 episodes from the previous seasons, so that players new and old can revisit each step of Clementine’s unconventional, harrowing journey to adulthood, complete with all the major decisions and cast of characters she meets along the way.

PC players shouldn’t feel left out, either. If you pre-order on Steam, GOG, GamersGate or the Humble Store, you’ll get yourself 10% off the retail price of $19.99 USD. And for those of you pre-ordering through the Microsoft store for Windows 10, you’ll receive the first season of The Walking Dead: A Telltale Games Series for immediate play. All pre-order offers expire on August 14th, so you have plenty of time to take advantage of these awesome deals, and to get caught up on/revisit the previous installments before diving into the final season.

Telltale’s not messing around this time folks; they really want this game to be as accessible as possible right from the get go. As such, The Final Season will contain a full French, German, Latin-American Spanish, and Brazilian Portuguese dub, available for download the day the game launches. In addition, there will be French, German, Latin-American Spanish, Brazilian Portuguese, Italian, Russian, and both traditional and simplified Chinese subs available as well. 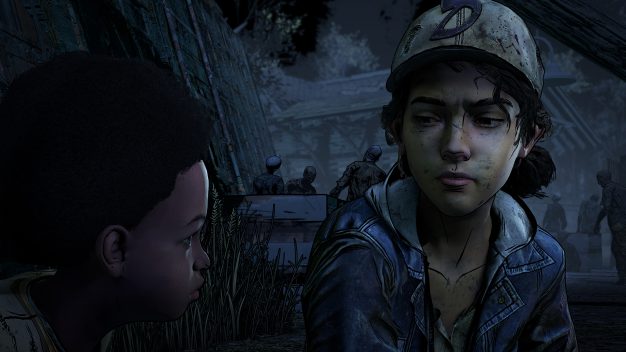 Now a young woman, it seems that this time round Clementine will be thrust into a situation resembling the one Lee found himself in years prior: taking care of an orphaned child and trying to raise them right, while simultaneously keeping them both alive at the end of the world. With young AJ’s life in her hands, Clem must find a way to juggle leadership and survival, and I don’t doubt memories of Lee will be what guides her through. Telltale has turned tugging at your heartstrings into a bonafide art, and with the similarities drawn between Clementine’s situation in the final season, and her experiences with Lee in the first, I get the feeling that anyone playing this game should grab the tissues and get ready to ugly cry, ’cause it’s gonna be a doozy.