If you hadn’t guessed, I am not very old. My first console was a PlayStation 2, and my first games were movie spin-offs. I’d never even played a PS1 until about a year ago, and have only recently become able to distinguish between a NES, SNES, and Nintendo 64. In my mind, Atari is a relic of a bygone era; something for my parents to murmur about in hushed tones as they think back to a simpler time. 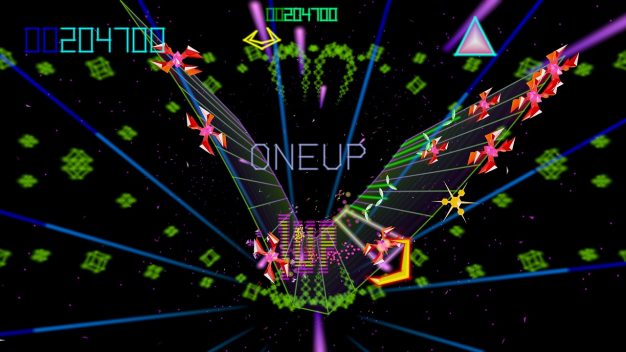 Imagine my surprise, then, when I found myself willing to review Tempest 4000. Still bearing the Atari logo, this is the descendant of an arcade shooter from WELL before my time; a game designed and programmed – more or less – by one man, the immortal Dave Theurer in 1981. The original Tempest was one of the first video games to have level designs that changed as the player progressed. It was also the first game to keep track of a player’s progress, essentially allowing them to pick up where they left off. Quite the lineage, then.

For these reasons, Tempest 4000 is a remarkably accessible game. It’s a love letter to the 1980s designed and produced by Llamasoft studios; a follow-up to 1994’s Tempest 2000, the 2018 edition has been on hold since March. Just like the original, you’ll be controlling a Claw, shooting lasers at enemies that crawl toward you on the geometric prisms that serve as levels. Unlike the original, however, you’ll be playing on a LED TV rather than an analogue box made of fake wood; you’ll (hopefully) only be wearing denim trousers; and you’ll be waiting apprehensively for a wall to go up, rather than come down. Topical. 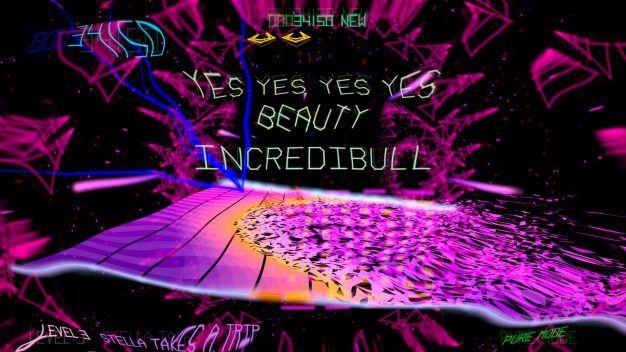 Tempest 4000 is undeniably great fun to play, blending a player’s ability to react fast with that inexplicable dose of luck that keeps you in the fight. The enemies are unchanged from the original game, varied in their hostility and arriving in droves. The simplicity of the controls and the premise cannot be overstated – this game is attractive because it is fast, frenetic, and easy to lose. Keep losing, and you’ll be hurling controllers at screens in no time; win consistently, and you’ll be punching the air and wondering if they still make Keytars

The further you progress, the tougher the bad guys become. From Flippers to Spikers, Fuseballs to Pulsers – did anyone actually know that these squiggly lines had names? Luckily, you’ll be able to grab the occasional power-up to improve your odds; being able to jump, for example, makes letting the bad guys reach your end of the prism that much more acceptable. It does soon become a question of how fast you can begin collecting these game-changing perks, however, which might be a bit of a drawback. Without the AI Drone or jump ability, you’ll regret the moment a bad guy makes it to your end.

As I’ve already mentioned, Tempest 4000 is unique (read: was unique) in that it features progressive level design. Each level is a new exercise in psychedelic geometry, in its most basic sense forcing the player to adjust how they play. Some levels are tubular in nature, where others are linear; each type comes with advantages and disadvantages, and some are certainly more challenging to traverse than others. Sensitive controls and the constant pressing threat of letting the baddies reach your end often leans gameplay in favor of tubular designs; spinning around a cylinder is much easier than scrolling side to side like Space Invaders.

The star of the show, though, has to be the progress saving feature. For newcomers to the genre, watching a 16-level win streak fall apart might be enough to put the player off. Being able to jump straight back in after a defeat serves to lessen that feeling of tiredness that comes from watching progress go out the window. And given the sheer quantity of levels, there is no real downside to picking up where you left off; I’ve never found more reason to praise what is a fundamental component of most modern games. 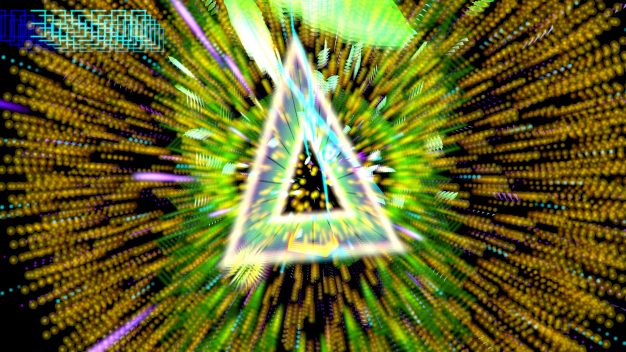 If there’s one thing that Tempest 4000 does manage to bring kicking and screaming straight from the 80’s, it’s the art style. Uninterrupted neon is the design scheme of choice: the game will often spontaneously combust, leaving your eyes twitching as they hunt for your Claw in the mess of color and shape. It’s hard to say that the game looks good, but there is something visually stimulating about fluorescent colors against a jet-black background. It’s a certain kind of acceptable tacky.

Coming to Tempest 4000 with no prior experience with this sort of game has its advantages. I can’t tell you how it compares to the original game, in any meaningful way; it certainly looks identical (albeit crisper) and makes use of the exact same set of gameplay mechanics. But I always like to argue that assessing a game based purely on how well it can imitate a predecessor is narrow-minded. Tempest 4000 offers a simple, addictive formula, a gameplay loop that does not punish the player too harshly for failure. Once you get to grips with the frenetic, often uncontrollable action, you’ll find it easy to waste time pushing for that next level, or that new high score. There’s nothing even remotely complicated about it, and that’s a real palate-cleanser.

One for the dinosaurs

TEMPEST 4000 is a tube shooter that tries to do nothing more than make its predecessors proud. It manages to do this so well, in fact, that the only thing that distinguishes it as a game produced in the 21st century is the number of pixels that it can leverage. In all other respects, from techno beat soundtrack to polygonal design, this is a game straight from the 80’s. But what’s wrong with that?