Teamwork is the core element of any dungeon crawlers, and not just in the composition of your party but strategy as well. A two split-party system is what the recently released for the PS4 and Switch game called Haunted Dungeons: Hyakki Castle is offering to the table. While seemingly innovative for the modern times, its execution doesn’t really measure up the hype.

In Haunted Dungeons: Hyakki Castle, you are transported back to 17th century Japan where a demon exiled on an island castle is rallying up a rebellion against the government. You are given control of a group of four characters specializing in the supernatural as they battle “yokai,” Japanese demons and monsters of lore, and scale up the solitary castle to stop the demon. The party is given a magic tool that allows them to know where each other is at all times and protects them from the yokai.

This magic tool is the the element that sets the two-party split system Haunted Dungeons: Hyakki Castle boasts about. At any point in the game, a press of a button separates the party into two groups. You control one party at a time, while the other stays still. Now if you’re wondering how a wandering yokai cannot easily decimate the solitary party you have left alone, it is because that party is augmented with a strong defense (i.e., the protection from the magic tool) to mitigate almost all incoming attacks. 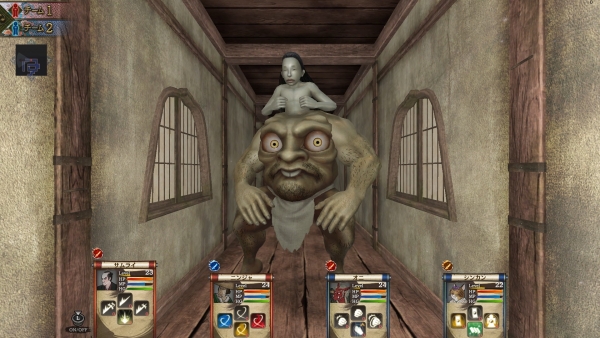 The smartest (and possibly what the developers intended) thing for you to do, is to utilize this situation and use the party you are controlling to sneak a flank or pincer attack while the enemy yokai is focused on the other. A back attack in almost any dungeon crawler is always advantageous that leads to critical blows and quick victories, and it is not any different in Haunted Dungeons: Hyakki Castle. The disappointment though, is that you’re not always going to utilize the two-party system save for a few puzzles (e.g., standing on two different spots to open locked doors) and possibly the final floors of the game.

That is because almost all of the yokai you will be facing can be killed using the attack and dodge method. There are not many different types of yokai to begin with. In around the 14 floors that your party will be scaling, every floor will have the same three to four monsters roaming around it, and newer enemies replace old ones every other floor. So by learning the attack patterns of each enemy, your party can easily dodge (in this case, move out of the way) the attack and counter right after. The few yokai that will need to be flanked are the ones almost at the end of the game, and by that time, you may have forgotten that there was even an option to split the party in two. 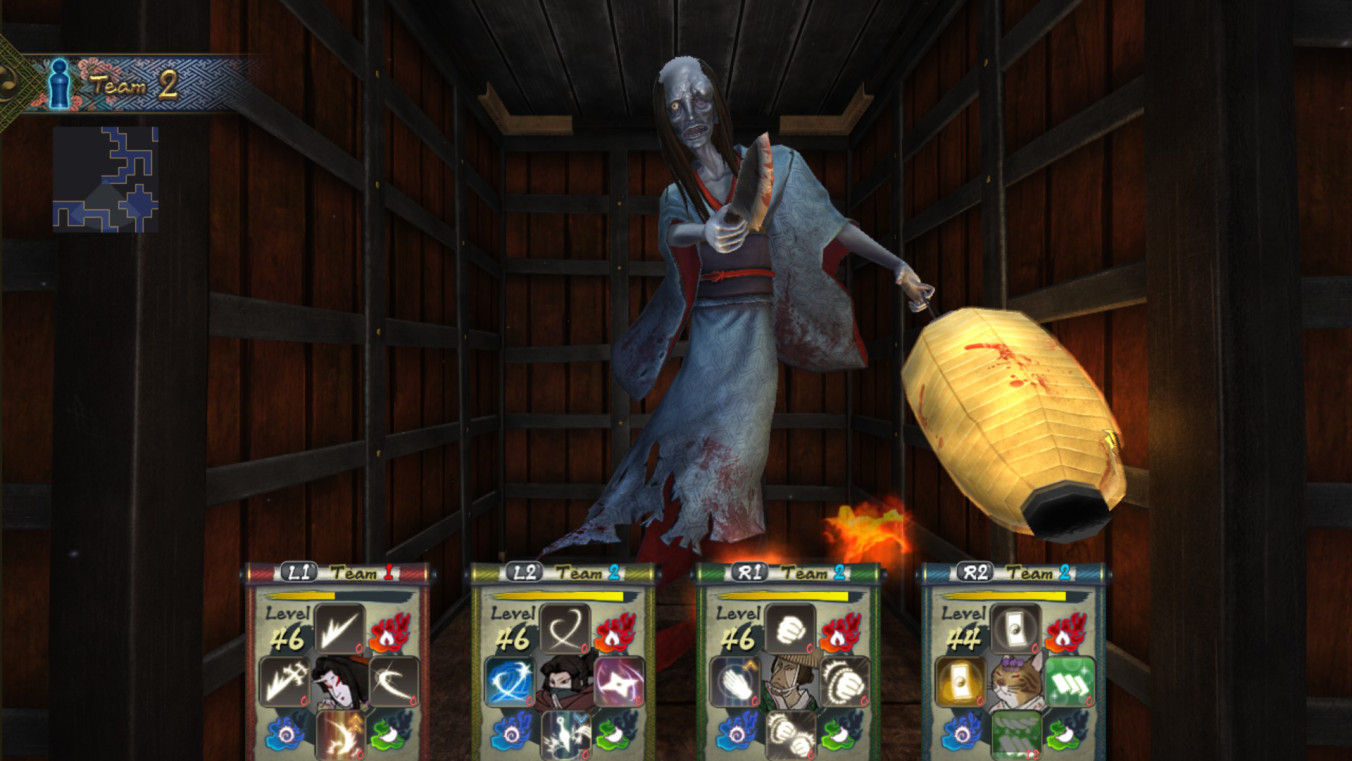 What you do need to watch out for is for opportunities for the enemy yokai to flank you. The enemies’ AI is set so that it will automatically lock onto your party once it sees it on its field of vision. It will follow you around for a certain distance until it resets back to its original place. There will be plenty of times when you will get blocked either by two yokai in a corner or blocked by one in a dead end. In such situations, the options of splitting the party into two groups or dodging attacks are nonexistent, and you may as well expect a wipeout especially in hard mode.

The other aspect you have to watch out for is your party’s hunger meters. The hunger meter is the other statistic besides your typical hit and magic points that slowly dwindle over time. When a character’s hunger meter is depleted, his or her attack and defense lowers significantly, and such can mean life or death. A powerful yokai can easily take out a hungry party member as well as that party member may not be an effective tank during a two-party split. Fortunately, the castle is littered with plenty of food to satiate hunger. 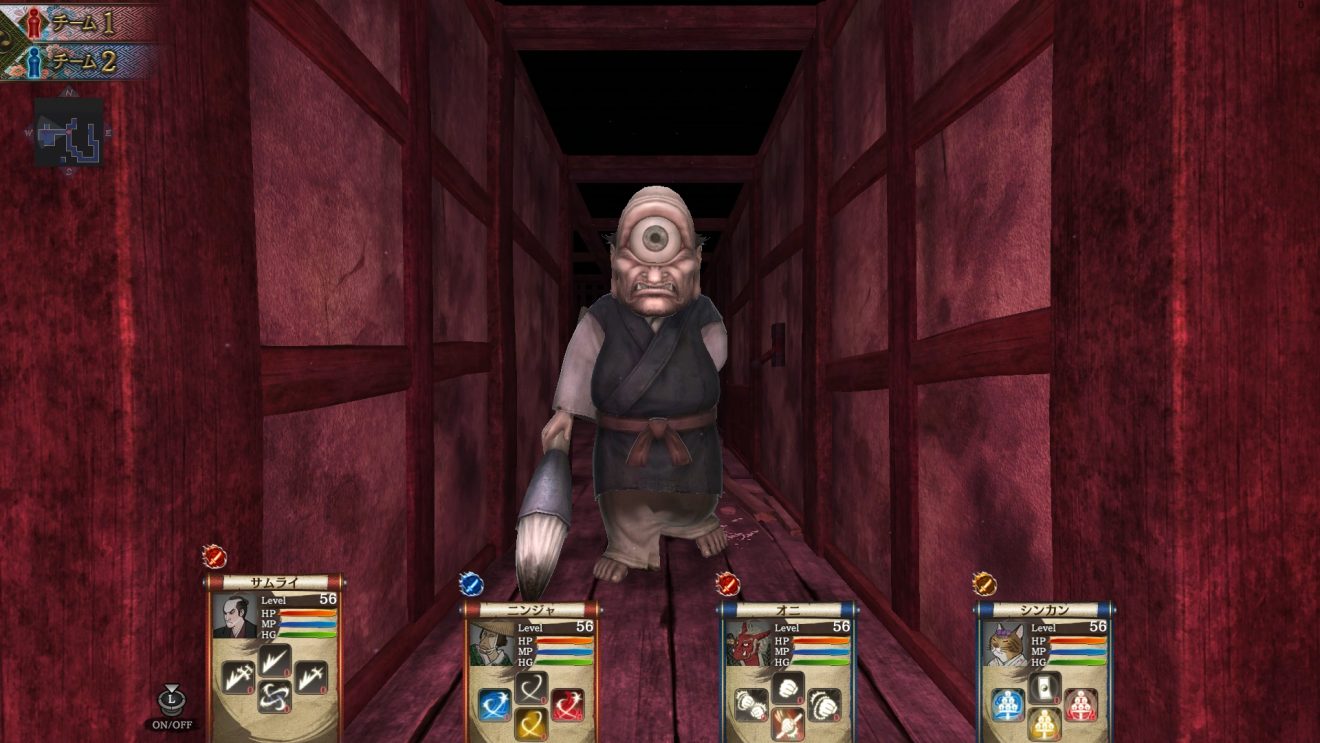 If anything, I would compliment Haunted Dungeons: Hyakki Castle in creating a neat dungeon crawler that tries to stand out from the rest. However, the two-party system that’s supposed to be what differentiates it isn’t well-executed and is really only utilized a few times in the whole game. Unfortunately, the only two things that you need to succeed is to attack and dodge and watch out for enemy opportunities to flank as well as your party’s hunger levels.