Certain genres of gaming seem to have almost been lost to history. I’m not saying that the odd new thing isn’t released but as time progresses and new genres come along to tantalize us there can’t help but be a few casualties. Sadly, I think this is very much the case of the side-scrolling Beat ‘Em Up. There were so many amazing games released in this genre back in the 90s and I think I probably played most of the big console releases. I think most gamers worth their salt will have heard of Streets of Rage, Nintendo owners had Final Fight and going back to earlier systems you can’t forget games like Double Dragon. Many of the games in this genre were Arcade ports and there’s a whole ton that never hit a console. To be honest I think this was a very arcade-friendly genre and maybe that the golden age of the amusement arcade has passed now that we have systems that can do many, if not all, of the things in our homes that an arcade cabinet could. Those of you that aren’t old enough to remember any of the games I’ve just mentioned (shame on you, emulators have a place sometimes) will be able to get your beat on with The Capcom Beat ‘Em Up Bundle, a new collection that appeared on our gaming shelves just this week.

The Capcom Beat ‘Em Up Bundle will feature a total of seven games. What makes it really cool is that there are some titles on this list that only appeared in the arcade and have not been ported until now. It’s really nice to see good releases not being lost to history. Included in this incredible round-up is Final Fight which is a must have for any of you retracing a bit of gaming history. Also featured are The King of Dragons, Knights of the Round and Armored Warriors. This, of course, will not only give these games a new lease on life but introduce gamers to iconic characters such as Cody, Guy and Mike Haggar of the aforementioned Final Fight. 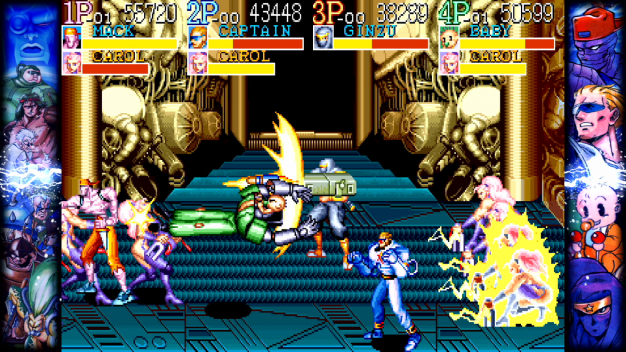 The Beat ‘Em Up genre was always fun to indulge in on your own but far better with a friend. The new collection preserves this perfectly with both drop-in local and online multi-player facilities. This means that you will always be able to find a game with someone, somewhere. In addition to this come a variety of options which allow you to tailor the game to your needs by selecting a number of lives or continues to suit your ability level and altering the difficulty accordingly. 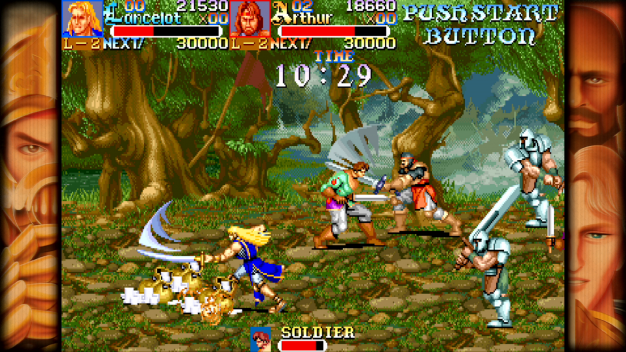 For those of you that don’t want brutal action all of the time and like a change of pace galleries for all of the games are included in this release. These feature stunning art from each game, design sketches, development documents and more. It’s nice to be able to get a good feel for a game’s history beyond that nostalgia that comes from playing it. 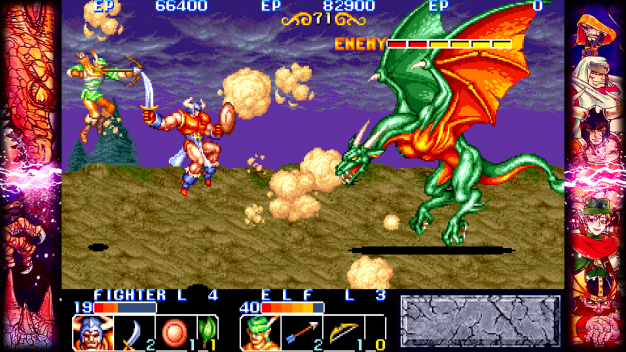 If all of this sounds right up your alley, The Capcom Beat ‘Em Up Bundle is available for Xbox One, PS4, Nintendo Switch, and PC and is retailing at $19.99. This seems pretty reasonable really when you know you’re getting seven full titles and a bunch of extras. I definitely remember some of these games from the first time around. I’d be interested to catch up on the ones I’m a little fuzzy on as well. For those of you going for this title, I think I may very well be joining you. You never know. I might see you in the game.