Regular readers of TVGB are plenty familiar with BitBash, a series of events in Chicago meant to show off new and interesting indie games. Things went a bit differently this year, though. Instead of the typical large annual events of the past, BitBash produced Fabricade, a smaller event showcasing indie titles with unique controls and other unusual games. It makes a lot of sense; the games with unusual features tend to be the ones people play most at Bit Bash. After missing the main show last year, I was happy to see what was on display.

The game that interested me the most when I got there was Gaze, by Bof Guys. It isn’t really a video game, though it does use software. The key component of the game is a large, oddly-shaped structure with strange lines all over it. The software asks you to use a smartphone’s camera to line up certain shapes made by the lines when you look at them at just the right angle. If you’re familiar with trompe-l’œil art, this is similar, but simpler; the shapes didn’t appear to be three dimensional. Still, it was really cool, especially when I did eventually find the shape I was looking for. The only issue I ran into with Gaze was that with two people playing at a time, it’s very easy to get in each other’s way. 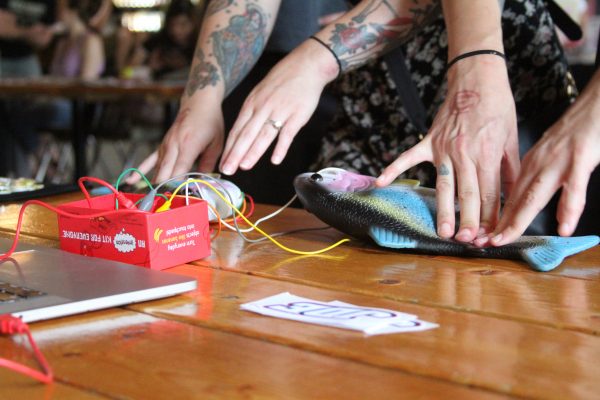 There were a few other games that defy the typical definition of a “video game.” Hi-5 Heroes by Robert Lockhart and Marty Meinerz primarily uses headphones to deliver instructions to two players who have to high-five and fist bump when told. The game uses metal poles that the players have to grip in order to keep score; high-fives complete the circuit, so the game knows when your timing is right. It’s a fun idea, but the poles aren’t always receptive, and it really doesn’t work well in such a noisy environment. Another non-video game was Ossia Glow by R25th. This game is essentially Beatmania, but with strings of colored LEDs instead of a screen. It’s a cool idea, and features a neat controller, but it was way too hard for me.

Moving on to more traditional games, Sashimi Slammers by Zac Mascarenas caught my eye early on. The game is basically what it sounds like; two players control fish, flopping around and trying to knock the other into hot oil. The controls are embedded in a plastic fish that players have to slap on the left or right to move their characters forward or backwards. This game is still pretty basic, but it’s fun, especially given the odd concept. The controllers may be a gimmick, and they probably make playing the game harder than it would be without them, but they give the game charm that helps it stand out. Other games fitting in the more traditional side include SlamDoku, a competitive action-packed version of the classic number game; 1000 Button Project, a crazy fighting game with 100 buttons to control the characters and the environment around them; and several others I didn’t get a chance to play. There’s also NOUR, an entertaining non-game that has you pressing buttons on a custom motion-enabled controller to drop things into a scenario. That one’s hard to write about, but very interesting. 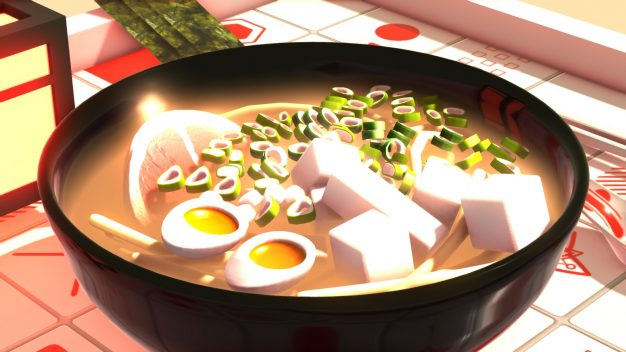 The biggest hit of the event, though, was actually the game from the company sponsoring the event. Chicago-based Jackbox Games brought over The Jackbox Party Pack 5, which will release in October. The new package includes a new version of the classic You Don’t Know Jack that’s been retooled to better fit groups of more than 4 players, so it doesn’t play quite the same way prior games did, but it’s better for parties and other large gatherings. Also included is Split the Room, which asks players to respond to prompts with something that 50% of the other players would agree with. But the standout was Mad Verse City, a rap battle game that asks players to fill in a prompt in the style of Mad Libs, then come up with their own lines to rhyme with the word. I’m super excited to play this one with my friends. 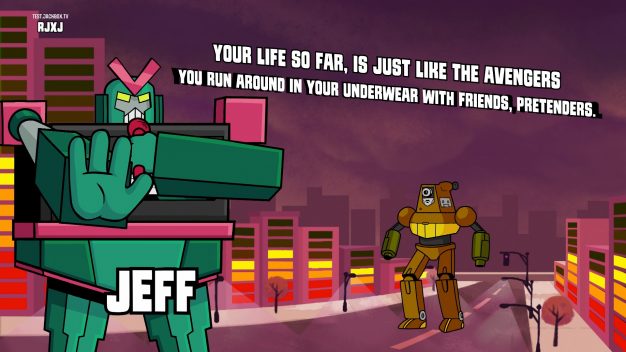 I have mixed feelings about this game’s presence at the event, though. On one hand, it’s a lot of fun, and the way players sign in (on their phones) means nobody has to wait in a long line to play. But Bit Bash is meant to celebrate small creators and their projects, particularly unusual ones in this case. Jackbox is an indie developer, but they’re a lot bigger than the other developers present. Regardless, it was a fun event. A lot of the more interesting games don’t really last more than a few minutes, and there were enough games to keep things from getting too stale. For better or worse, The Jackbox Party Pack 5 was probably the most fun game at the show. But if you get a chance to try any of these other games, I recommend it; they definitely represent experiences you can’t have at home.