Flipping Death is an easy game to like—the cardboard slapdash art style and zany humor evoke memories of Psychonauts and other off-beat titles—but it’s a difficult game to love. Luckily, the relatively short playtime and genuinely funny writing still make for an enjoyable romp through the land of the dead, even if the game doesn’t quite live up to its potential. 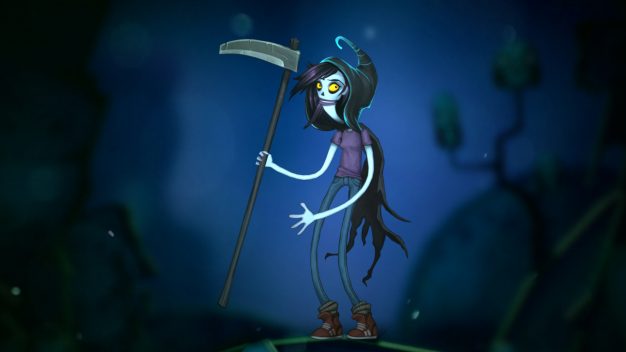 The story of Flipping Death follows Penny, a teen with all the personality of an emo kid from the mid-2000s. Through a series of unfortunate events, Penny finds herself working as a temp for the Grim Reaper. Typical of most temp job orientations, she’s given barely any initial training and is expected to help sad souls in the afterlife pass on after finishing their unfinished business.

It’s hard to stay engaged with Penny’s story because she basically remains the same from start to finish, and there’s not really a major narrative hook to hang your hat on after the first hour. Flipping Death is part 2D platformer, part adventure game, but you could completely eliminate the platforming element and still have a good time. Thankfully, the game is very short and you’ll probably see credits within 5 hours of dedicated play. 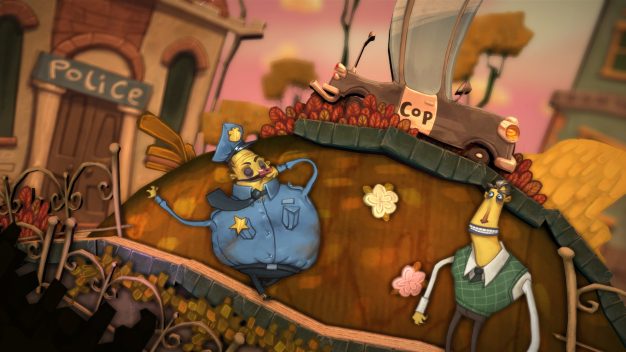 The most enjoyable aspect of the game is the core possession mechanic, where you take control of unsuspecting humans in order to complete tasks in the world of the living and solve puzzles. None of the puzzles are particularly challenging, but some of the best chuckle-worthy moments happen when you’re behind the wheels of the weird inhabitants of this game world.

Outside of those moments, however, the jokes failed to land for me. In my mind, for a game like Flipping Death the writing and humor are expected to do the heavy lifting, but when the core gameplay feels largely uninspired it makes that job even tougher, so most of the “funny” fell flat. 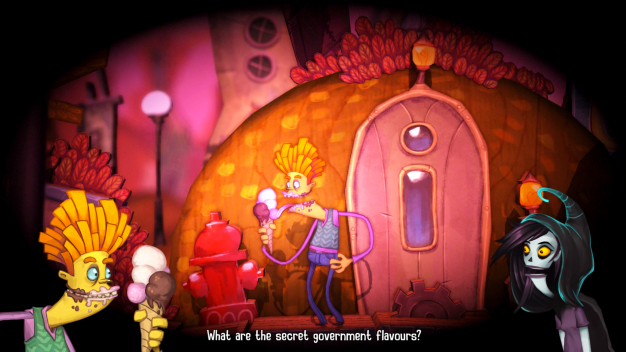 It may be because it’s sitting in the shadow of Stick It To The Man, developer Zoink Games’ first foray into this weird and wacky universe that provided a more enjoyable experience. Coming from Stick It To The Man to Flipping Death feels a lot like your friend recounting their favorite joke from a comedy special. They may remember all the words to the joke verbatim but hearing it without the tone, cadence and skill of delivery from the comedian results in a weak punchline.

If you’re looking for a quick palate-cleanser between the slew of chunky open-world video game releases this fall, you could certainly do worse than Flipping Death. The creative and crisp art style, wacky world and straightforward puzzles provide enough fun to kill an afternoon, even if it leaves you wanting something more.

A few flips short of hitting the mark