It is no secret that the Xbox One has been the underdog of this generation of consoles when it comes to the heavy hitters from Microsoft and Sony. Due to its misinformed and misguided launch, the Xbox One has had to take heavy strides to close the gap between itself and the current generation’s juggernaut, the PS4. From dropping the required online connection and always-on Kinect, Microsoft has made a solid attempt at turning this into a console war rather than a slaughtering.

Here are 5 reasons the Xbox One just might be better than the PS4. 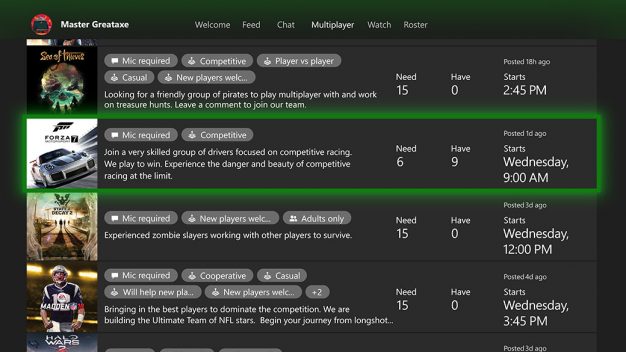 This one may seem fairly minor but small changes can make big differences. Microsoft has continually pushed out updates to their Xbox One console over its 5-year life so far. The original user interface resembled that of the uninspired Windows 8 theme while the current UI focuses on gaming, with features such as community clubs, and streaming similar to that of Twitch becoming essential to how gamers use the system. Clubs allow users to post images and clips of games they are playing, as well as post bulletins that they are looking to play a specific game with others. They can even customize this bulletin to restrict to only users over a certain age, mic required, and more. While Xbox One’s streaming service Mixer is not as popular as Twitch, it offers a simple way for gamers to get themselves an audience in a streamlined manner.

Microsoft has struggled to carve out a solid spot in the PC gaming market. Their Games for Windows Live service failed, while all the while services like Steam have seen an enormous increase in users and games. Given that Microsoft owns the Xbox brand along with one of the most popular operating systems, they have attempted to bring their Xbox quality gaming experience to the PC. The Xbox app on PC allows you to download and play certain titles that are also playable on the Xbox One. These titles are labeled as Xbox Play Anywhere games. These titles only need to be purchased once and you can play on either platform, with the progress made in the game carrying over between platforms. Titles from the Forza and Gears of War series are just a few of the available games in this generous offering.

The Exclusives (Hear me out) 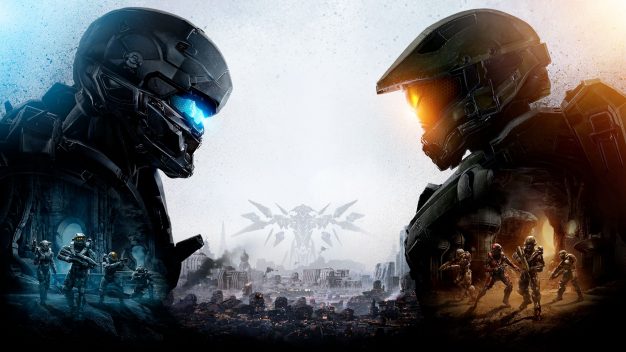 No, I am not joking. While the PS4 may have more exclusives than the Xbox One, if you’re a fan of racing and shooter titles, Microsoft’s console is the place to be. If you enjoy a good shooter, you can find Gears of War, Sunset Overdrive, and just about every Halo game available to play on this console. Racing fans can find Forza Motorsport, or its more playful offshoot, Forza Horizon. Console exclusives such as Ori and the Blind Forest, Sea of Thieves, and PlayerUnknown’s Battlegrounds can be found here, as well. 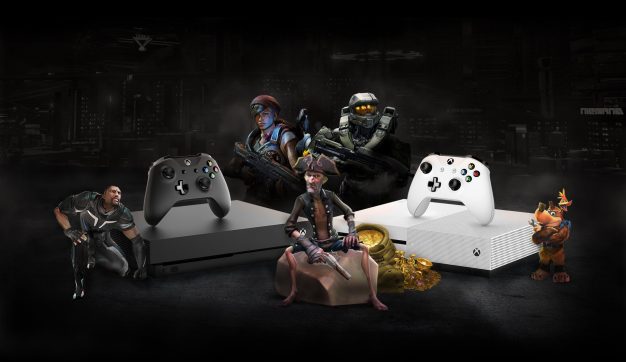 Touting ‘over 100 games’ available, the Xbox Game Pass offers playable titles from Xbox 360, as well as Xbox One consoles, for a low price of $10 a month. Xbox exclusives such as Forza Horizon 4, Sea of Thieves, and State of Decay 2 are playable day one with the monthly subscription. As a gamer who enjoys jumping around a lot I appreciate the smattering of games offered; games like Doom 2016, Fallout 4, Wolfenstein: The New Order, and more. No matter what genre of games you prefer, you can be sure to find something enjoyable with the Xbox Game Pass. 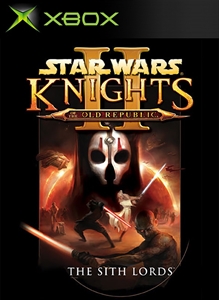 Knights of the Old Republic II 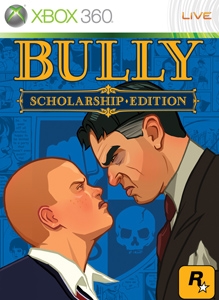 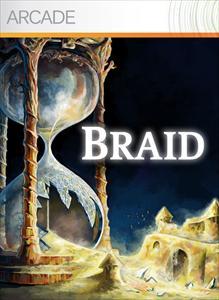 All of these potential advantages the Xbox One holds over the PS4 have taken time to reach the consumer as they were not available at launch. Backwards compatibility follows the same path, as this was added in the second half of 2015. What Xbox One lacks in exclusives, it makes up for by allowing games from all three generations of Xbox consoles to be enjoyed with just one system. While not all original Xbox and Xbox 360 games are supported, the list is already exhaustive and continues to grow every month. Some heavy hitters include Call of Duty: Modern Warfare 2, Red Dead Redemption, Star Wars: Knights of the Old Republic, and more. The entire list can be seen here.

While Microsoft’s console was certainly the underdog for most of the current generation, and potentially because of this, it has made great strides in closing the gap between what it has available and what the competition offers. Now is an absolutely great time to get into the Xbox ecosystem as it offers a simple and comprehensive UI, great games playable on Xbox and PC, and affordable ways to play titles from many generations.