Pode, the new coopoerative puzzle game from Norwegian indie developer Henchman & Goon, is the story of a fallen star named Glo trying to go back home. Glo befriends a little rock named Bulder, and the two set off on an adventure to climb up Mount Fjellheim to get Glo back into the sky. In their adventure, the two learn to use their different abilities and work together to solve puzzles to progress up the mountain’s passages.

There are more than 30 puzzles in Pode, broken down by different stages. In the first couple of stages, the game gets you acclimated to controlling Glo and Bulder. While playing single player, you get to control Glo and Bulder one at a time. You switch control by pressing a button, but there are three ways to move Glo and Bulder simultaneously: either hold a button to get them to hold each other’s hand (which is a very cute touch), use Bulder’s special ability to gulp up Glo (or other stones), and finally either one of the two can jump on top of the other’s head. 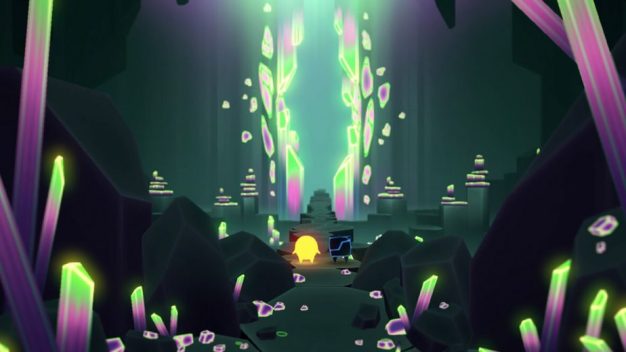 For each puzzle, Glo and Bulder must utilize their different abilities to complete each one. Glo is able to illuminate darkness, summon flora, and teleport to a previous spot (which is learned towards the middle of the game). Bulder is able to transport Glo and other stones via gulping and regurgitating them and to crystallize rock formations. Additionally, as a star, Glo is lighter than Bulder and is able to jump higher and somewhat glide as well. Bulder, on the other hand, is heavier and can use his weight to press down floor switches. 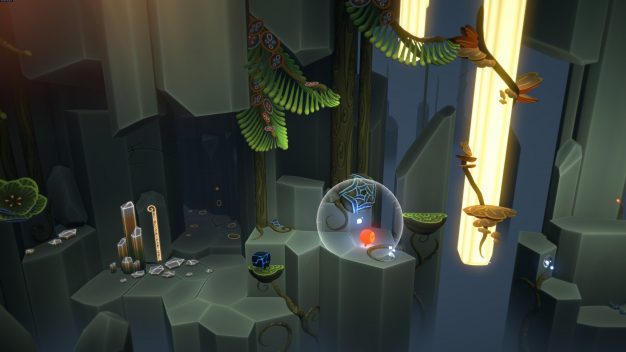 Every stage usually has six puzzles, and each stage usually has six puzzles save for a few stages. The puzzles gradually increase in difficulty, but it does not really pose much of a challenge; it’s really more of a headscratcher sometimes, but the trial-and-error method always works. Fortunately, if Glo and/or Bulder falls down a cliff, they get magically teleported back to safety. Also, the game allows fast travel to the different puzzles. 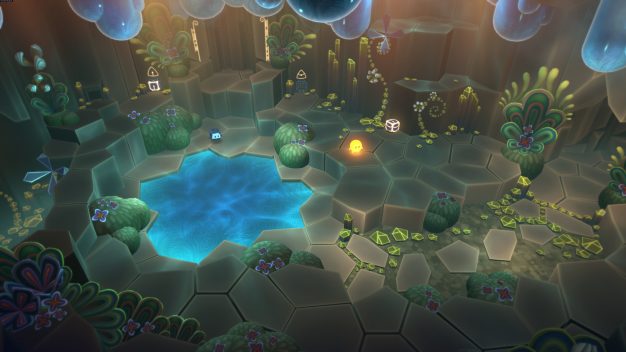 If there is a little inconvenience about Pode, it’s that most of the last puzzles of a stage (i.e., the sixth puzzle) do require quite a stretch of imagination. That’s because the game doesn’t give you any hints for the solution. The last puzzles aren’t also somewhat tied to the puzzles you’ve encountered earlier; they’re completely new to you when you encounter them. If you’re like me, you will get frustrated until you give up and resort to a walkthrough video. 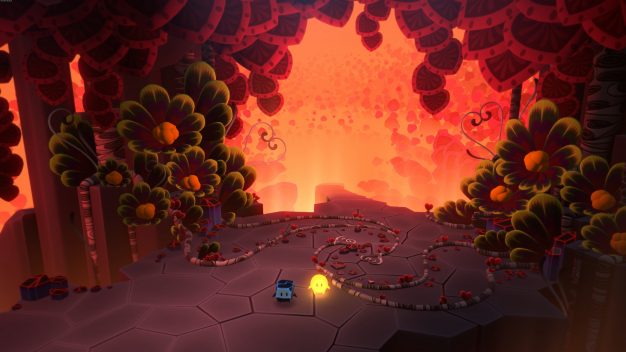 Pode also has a couch cooperative mode. If someone else wants to play as Glo or Bulder with you, all he or she has to do is pick up another controller. Both of you guys can then tackle the puzzles together, which will make the game experience more fun as well as more efficient, since switches that require a combination of Glo and Bulder’s abilities can be quickly done without needing to switch back and forth. Also, two heads are better than one in solving those tricky puzzles at the end of the stages. 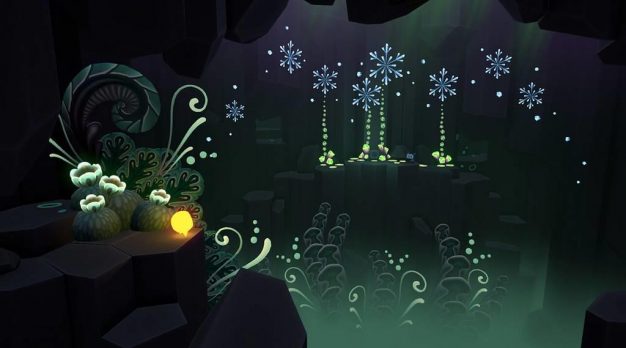 Pode is definitely a great game for puzzle lovers and even better for those who like playing them with other people. The 30+ puzzles make this game a quick pick up and play. You (and your partner) might get frustrated with some puzzles, but that can be easily solved with either using your head or a walkthrough.

Help the Rock and Star Climb Up Mt. Fjellheim

-Some puzzles may be frustrating without a guide