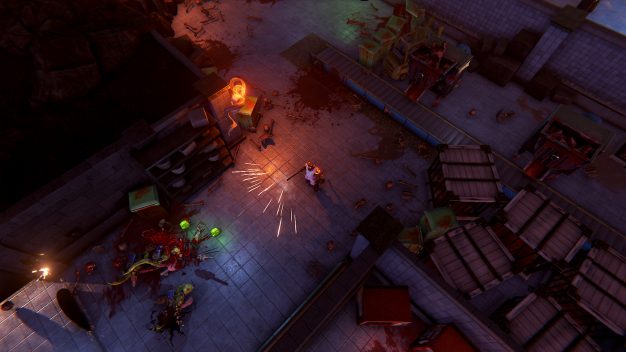 The comedy, for better or worse, also takes advantage of pop culture references. The game’s cover art parodies Doom, and that ties directly into BDSM’s backstory. That part is actually clever; the basic setup of the game’s plot is that humans (represented by Doom-esque space marines) have colonized Hell and turned it into a tourist spot. That’s entertaining, but a lot of the pop culture references just seem like they’re there to be there. For me, the humor was definitely a mixed bag, but it may be different for you. 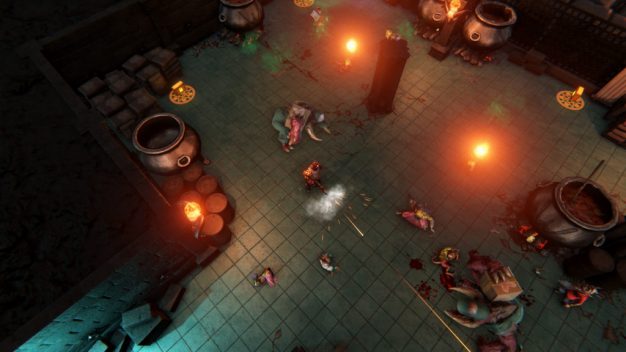 The bigger issue for me was that the gameplay was very repetitive. I appreciate the decorative backdrops of the different levels, and the variety of guns available, but the core twin-stick shooter gameplay just gets boring quickly. I personally feel that this style of gameplay works best how it was introduced: as a type of quick arcade-style game. Without more to break up the action, and with levels that are definitely longer than they should be, it just isn’t that compelling in terms of gameplay. 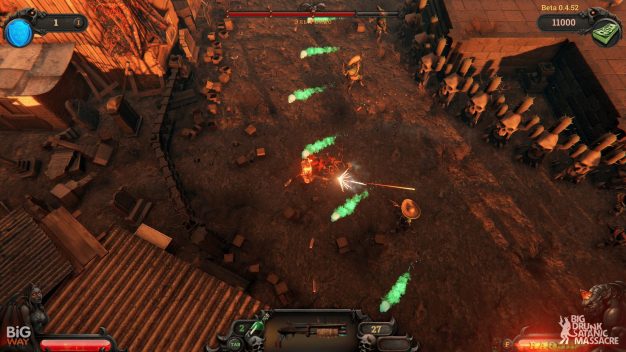