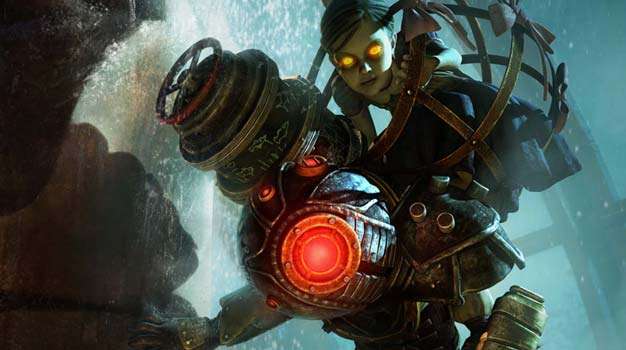 Gamespot’s recent preview of BioShock 2 brings with it a 12-minute video feature (embedded below) where everyone from the lead level designer to the executive producer at 2K Marin talk about the story of the second game, things they’re planning on improving upon and how they’re going about it, and the world of BioShock and Rapture in general. It’s an interesting watch and will certainly catch you up if you haven’t been keeping up with the scraps of BioShock 2 info we’ve been fed thus far.

Sadly, there doesn’t seem to be any new in-game footage in there, though looking at the screenshots GS has obtained, it doesn’t look like any effort has (yet?) gone into making BioShock 2 a more graphically impressive game. The quality and detail of the art style seems consistent with the first game, however when it comes to graphical improvements, there does not seem to be any. Of course with a game like BioShock the graphics aren’t everything, and the first game still looks good, but it would be nice to see some more power squeezed out of Unreal Engine 3. It’s been almost two years after all.

Despite the news that hit last month about 2K aiming for a simultaneous release on all three systems, just as the feature below ends creative director Jordan Thomas says the game “is supposed to drop in Q4 ’09 [..] for the PlayStation 3 and the Xbox 360,” but makes no mention of the PC version. Whether there’s been a change in 2K’s release goals or if Thomas just forgot to mention it is unknown. But it doesn’t look like anything’s set in stone quite yet either way.