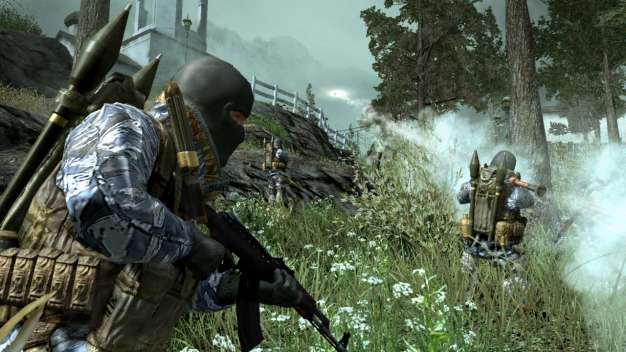 According to data gathered by Infinity Ward, 30% never touched the single-player campaign in Call of Duty 4: Modern Warfare. Shocking, I know, but luckily not entirely true. Infinity Ward came to this conclusion by studying the different Achievements players gained, thus it only counts those who are connected to Xbox LIVE. Basically we’re missing out on all the PC- and PlayStation 3-players. However, taking into account that around 10 million CoD 4-players are connected the result should still be considered pretty valid.

It’s quite interesting to think about why 3 out of 10 players completely ignored the campaign. It’s a shame if the fact that it’s one hell of an enjoyable and intense gaming experience passed them by completely unnoticed. Multiplayer die-hards do exist, but can they really be this many? My guess is that many of these singe player-neglectors simply pirated the game, finished the campaign, and then got the cravings for some online action. I’m just having a hard time accepting that 3 million gamers are clever enough to buy a perfectly good game and then ignore half of it.