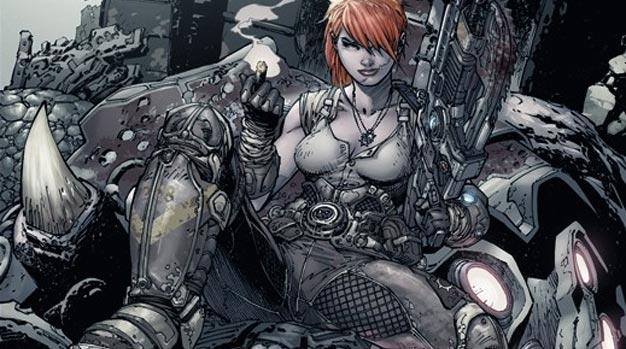 The Gears of War universe has been a bit of a sausagefest. Even with Anya Stroud yelling at you from a helicopter in the first game and searching for Dom’s wife, Maria in the sequel, the presence of estrogen in the series has been lacking. But will the invitable third Gears of War feature a female COG?

On an episode of 1 vs. 100 this past Saturday, developer Cliff Bleszinski was asked that very question, according to Binge Gamer. Unfortunately, he couldn’t comment on “‘possible aspects’ of a game that ‘may or may not’ be in development.” He quickly added that the female featured on the cover of a Gears of War comic “‘may or may not’ be involved in any ‘as-yet-unannounced’ video game projects.”

Well, that clears things up, doesn’t it? I may or may not be excited at the prospect of seeing a female who may or may not fight alongside Marcus and Dom on Delta Squad in a game that may or may not be in development. Would you be interested in a female COG in the next Gears of War, even at the risk of interfering with the Marcus/Dom bromance?