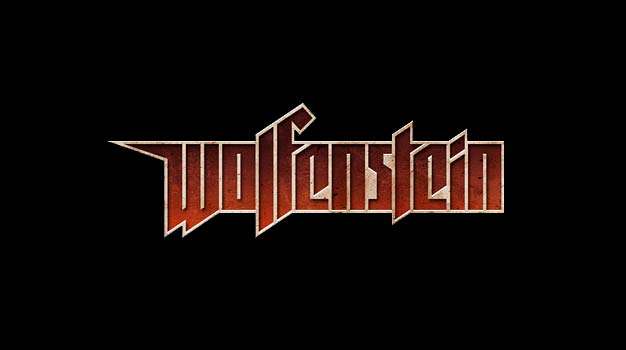 Did you like the first Wolfenstein game? No, I mean the first one, not the Return that Raven gave us a few years ago. Of course you did, who didn’t? Oh, you didn’t? Well scurry off, then. Scram, even. Just the title has come to be synonymous with the first-person shooter. It seems to be id Software’s gift to make singular-worded game titles become intrinsically tied to their content. Who hears the word Quake as just a term for a seismic activity anymore? Doom isn’t just an abstract noun used by evil wizards in movies anymore, either, and who knows how Rage will tie in with vehicles and long stretches of ROAD (see what I did here? I do). This gift of theirs all began, funny enough, with a made up word like Wolfenstein. Weird, but whatever. The franchise is still ticking. Raven offered up Return to Castle Wolfenstein in 2001, effectively revitalizing the series with a strong entry if not a genre landmark, and throwing in a multiplayer component so good it actually spawned a free standalone title in Enemy Territory. Well, it’s been eight years since then, and while there’s been word that the series isn’t done, there hasn’t been a whole lot until right about nowish, or GDC 2009 specifically, that things were revealed about this new entry from Raven.

In typical Wolf3D fashion , you can expect a single-player experience that involves Nazis exploring fantastical occult myths for tools that will tip the scales of war in their favor. This is also typical Indiana Jones stuff, but let’s digress. This time, they happen upon a kind of parallel world called the Veil, which they plan to exploit to do things like manipulate time and the abilities of their troops. That’s where series protagonist B.J. Blazkowicz comes in, who is fortunate enough to stumble on an amulet that gives him access to the Veil, and thus time manipulation and all the other powers. With that, he and he alone is most likely going to be key in foiling the schemes of Nazi Germany yet again. Overall, pretty standard stuff. 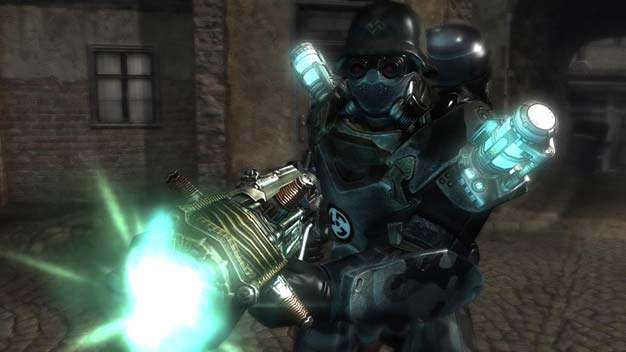 The gameplay, too, appeared pretty standard. In the last eight years, a lot has happened to the first-person shooter genre, and chief among those that influence this new Wolf game are the Call of Duty games. Level progress is like a series of setpiece combat where certain tasks will enable one to progress to the next point. Of course, it’s a little different with Wolf because unlike the CoD games where you fight for a country alongside the rest of your battalion or squad, you are pretty much a 1940’s Rambo. Sure, you have some helpers here and there, but for all intents and purposes, they’re relying squarely on you and not hiding it one bit. Something that CoD picked up from Halo that also made its way into this game is the ol’ regenerative health model. No more storming the halls of Nazi fortresses for hearty turkey meals in this game. Just take cover and breathe for a second to get back in the action. Love it or hate it, this seems to be the new standard for the genre. What I’m pleased did not change in this game, though, is that you can carry as many weapons as are available in the game, and thank goodness. There’s a particle beam weapon that you pick up, and I would’ve hated to part ways with my trusty machine gun for it, as badass as it was. Also, there will apparently be upgrades you can purchase with treasure found throughout maps, but that was sadly not on display. How you upgrade a gun that turns enemies into vapor is beyond me, but I sure want to see that.

The veil is the aspect where Raven is vieing for a little of their own innovation. With the veil, the screen puts a Matrix-green hue on everything and often puts some freaky floating creatures called Geists in certain rooms. In this mode, hidden rooms may be revealed to you, or the path you’re meant to follow. The Geists can be shot at, which then react by zapping and killing nearby enemies, making them an interesting tactical factor in hairy skirmishes. Also, in this mode, you’re given the chance to utilize powers like Mire, which is basically a redubbed Bullet Time. There will be other powers, but Raven hasn’t unveiled (pun shamefully intended) them just yet. Now B.J. isn’t the only one with these abilities, there are also the scribes, who will be particularly pesky as they shield their fellow soldiers from a distance, who can then shoot at you safely. Then when you try shooting scribe himself, he dashes off with his own Mire abilities. Brutal, but it keeps things interesting.

Other enemies shown were the basic troops, who are shootable as ever, and a big hulking armored dude who was carrying the aforementioned particle weapon. The veil was also handy here, as it highlighted where to shoot him to best effect. Then there was this troop who, after completing the objective of shooting down a veil suppressor, which does exactly as it describes and deprives you of your powers, got transformed into a gruesome, agile, fireball-slinging zombie nazi. Luckily, I had some ammo left in my particle beam gun to make quick slush of him. It was all good fun, but I couldn’t help but feel like it had all been done before. The veil is neat, but bullet time is familiar, and Metroid games called dibs on cool X-Ray vision modes of all types. Smushing them into an umbrella name like Veil doesn’t really make for any staggeringly new developments in the genre. However, if you like the idea of pulling slow mo shots at enemies behind fake walls in World War II settings, I’m pretty sure that’s a first. 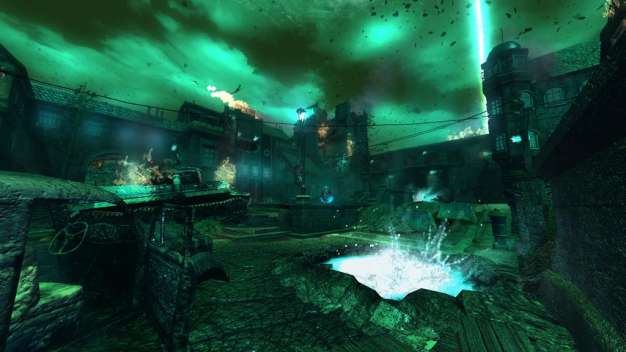 On the multiplayer side of things, all they said was that it’s there, they’re aiming as high as the predecessor’s, and the Veil is involved. Since that’s all they said, that’s all I’ll say.

On the visual side of things, it’s a solid looker, but not stellar. It’s running on the same engine id Software used to make Doom 3, albeit heavily modified. It definitely looks better than its origins, but not better than its peers. Also, there seemed to be a bit of a slowdown in framerate from time to time that I could do without. The Veil effects, though, are pretty stylish and well done, and seeing a Scribe take one in the jugular and see a mini fountain shoot out of him as he collapsed was quite an awesome sight.

I liked a lot of what I saw in this new Wolfenstein game. It upholds what the series is based on, which is frenetic sci-fi/fantasy action set in World War II. It’s certainly a claim few games can make, and it’s looking like this game will maintain that stance pretty firmly. The Veil will likely add a little freshness, but it’s still a familiar formula at the end of the day. Of course, this is from playing the game for a whopping twenty minutes and watching someone else play for about as long, so there’s still more yet to see, and it can only be good. I’ve got my eyes on the multiplayer.