When I booted up Adam Robinson-Yu’s A Short Hike for the first time, I was hoping for a relaxing game that I could become pleasantly addicted to for a few hours. Wow did this game deliver. The story is simple. While visiting a relative on a small island, Claire is waiting for an important phone call and learns that the best place for cell phone reception is at the top of a mountain. Her journey to the top includes a number of memorable interactions with the other inhabitants of the island, leading to a number of pleasant distractions.

I was delighted to discover a refreshing twist while playing a mini game of “beachstickball.” After explaining the basic commands, the mini game simply starts. With 30 years of video game experience in me, I tried to figure out every way possible to spike the ball or outsmart my opponent in order to score a point. After eventually failing, it was revealed that this was actually a co-op game, with the goal of achieving a certain number of volleys. Not only that, but I then found out that we had already exceeded our goal. What a refreshing change of pace that characterized the overall spirit of A Short Hike.

Gameplay focuses on exploration and seemingly draws inspiration from The Legend of Zelda: Breath of the Wild. Claire can run, jump, fly and climb, all of which are regulated by a stamina system. Claire increases her stamina by collecting golden feathers. These can be obtained by buying them, finding them and performing side quests. The player can only reach the summit after having found a certain number of feathers.

At first, I thought I would be annoyed by the absence of both a map and sidequest checklists. Within about a half hour of play, I realized that the lack of these systems encourages the player to more intimately learn about the island and its inhabitants. In this regard, the game is the perfect size, as the lack of these systems generally suits this smaller experience.

A Short Hike displays a unique art style that suits it perfectly. All of the island inhabitants are pixelated animals, reminiscent of Animal Crossing. The overall visual effect is simple yet charming and meshes nicely with the music and vibe of the game. 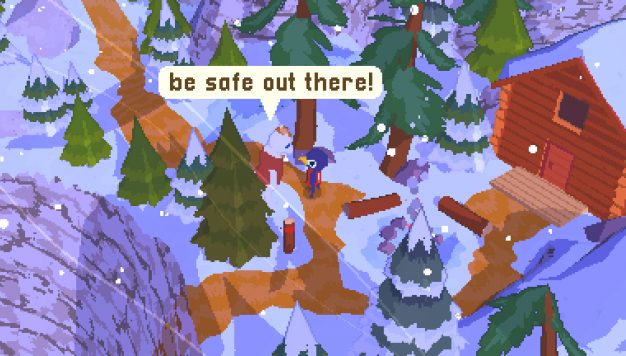 The audio design is outstanding. The soundtrack, created by Mark Sparling, has been perfectly crafted for the experience. I particularly enjoyed the audio effects. The sound of picking up coins and feathers freezing were a couple of my favorites.

The dialogue stands out in a big way. The conversations between characters are contemporary, witty and often hilarious. I actually laughed out loud several times and looked forward to each interaction. Speaking to the same character several times offers additional rewards, as they each have about 3-4 different pieces of dialogue before they begin to repeat.

Also, the argument can be made that this game can be beaten rather quickly if the player were to rush through it, though I doubt anyone that enjoys this type of game would race to the top of the mountain anyway. Do I wish this game was a little longer? Sure. Though part of the charm is replaying the game, reliving the dialogue with the other inhabitants and learning the island inside and out. 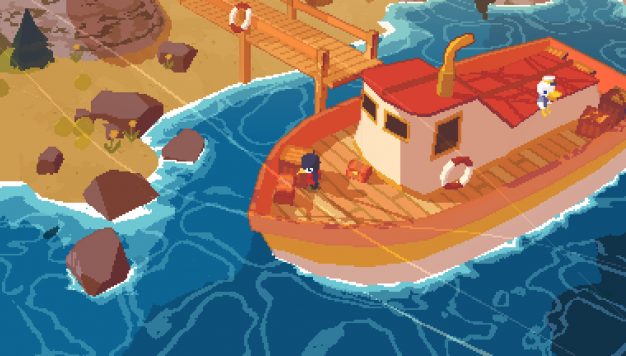 A Short Hike is a wonderful experience that was clearly crafted with love and intention. It is one of the few games that I beat and immediately started replaying. Robinson-Yu has created sheer magic with this title and the experience is something I plan on reliving at least once a summer. A Short Hike begs to be played on a lazy Sunday with a nice glass of lemonade by your side!

This review is based on a retail copy of the game provided by the developer.