Editor’s Note: Continuing our top 40, here are Shannon’s 10 choices for achievements that are impossible to get!

TVGB teammate Alex Southgate has decided the gang should band together and air our gaming grievances for you all. You know, get 2019 set into motion with a real bang…well, perhaps a positive foot towards defeat? I’m sure there’s a hopeful spin someone out there can put to me. Nonetheless, I am here to provide you all with my list of unobtainable “achievements.” Those cheeky goals that smug-you-off every time your eyeballs dance over them. Taunting you, spitting in your salad, turning the console off before saving; yep, those buggers.

Now, I feel it’s only right for me to tell you all a little closeted secret of mine. Lean in…I’m not a big achievement gal. I know, the shock, the horror! I put this down to the games I play and the style I play them. I’m a lazy gamer. Get in there, play the thing, do the stuff, and get out alive…for the most part. Achievements, for me, consist mostly of obtaining the overall goal: game completion.

With that all spat-out, and my first list attempt being a complete fail, I give you these:

21. Grand Theft Auto V – From Beyond the Stars

Anyone who has played GTAV knows of the various side-missions that unfold during random interactions throughout the game. So, you may have met Omega, the space dude out by Davis Quarry. Basically, Omega is a bit of a nut-bolt and he convinces you to go off and find spaceship parts that are scattered all over San Andreas. Easy, yeah? No. Not easy, pals. If you’re unaware, San Andreas is the largest of its kind; the original San Andreas was a pimple in comparison. So, finding 50 pieces of shiny, humming metals, scattered all over this big boy, no easy. No find-y. Bad time-y. The only issue here is…I want to. I want to find these bits so bad and see what happens when I do. I need the satisfaction. And no, I don’t want to just go online and watch the thousands of other happy achievement-having humans who’ve done it before me and cheat! Where’s the fun in that? However, I have legit spent too many hours/days looking for these bits of UFO tin, and the achievement still rests at 21%. I cry! This also leads me into achievement number 22…

Taking from the previous achievement, I should have this one in-the-boot. With the amount of searching I have already put into #21, scouring the vast lands of San Andreas for tin, should be dunzo. Nozo, it isn’t. The achievement itself unlocks after exploring all of Los Santos and Blaine County. 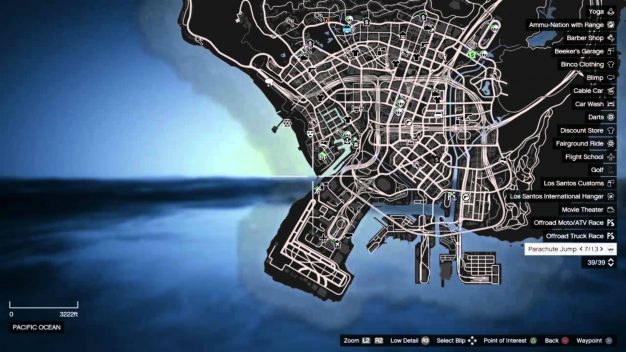 So judging by this map, it’s only EVERYWHERE!

I flippin’ love Hearthstone! I used to play it religiously, then did away with it. And this is mostly due to the fact that I’m not very good. But, I love it! My wins to losses ratio is still abominable, I still bugger about with decks like a frantic snake-charmer who’s just dropped her snake bag, but I love it. I want to be good, so badly! So, I have told myself I will achieve the unobtainable, I will win 500 ranked games…only, I won’t, because I suck! 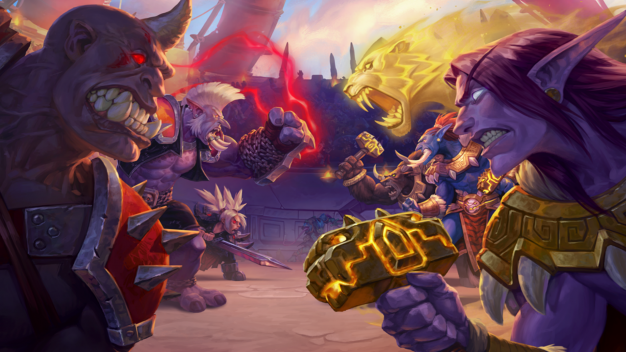 As mentioned earlier, my need for achieving achievements isn’t on the top end of the to-do’s. But, successful game completion is. Having games stacked up and not played, it drives my OCD up the goat. Having games started and then not completed because I suck, well, the goat gets itchy. Make of that what you will. Basically, I don’t like goats and I don’t like unfinished business. Papers, Please is an indie game by Lucas Pope [you may be familiar with Obra Dinn?]. Basically, you’re tasked with the job of being an immigration inspector “to control the flow of people entering the Arstotzkan side of Grestin from Kolechia [Fictional take on East/West Berlin].” You must observe travelers’ documents for information that may be seen as misleading or incriminating, and are fined/rewarded according to each day’s successes/failures. Your salary goes towards providing food/shelter/comfort and other necessities to your family. Moral decisions are also needed to be made, like helping women/men cross to their families; this also affects your salary toward your family’s upkeep. 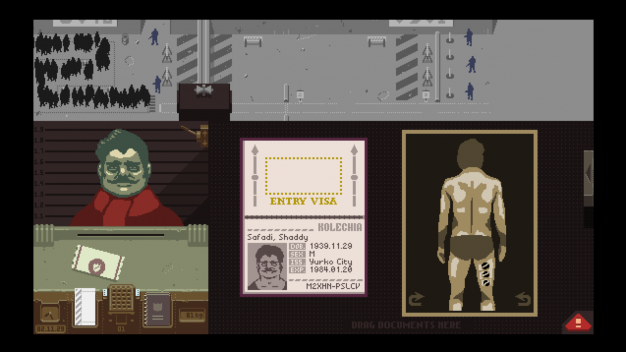 Anyhoo, my main issue is, I always end up killing off my family or getting caught letting joe-blo through to his family because I felt bad for the poor guy. Or I listen to the wrong advice, trust the wrong traveler… I am clearly just hopeless at reading AI. Just once, I would like to successfully complete this game without stuffing it all up.

I suppose, to achieve this one [your account has reached more than $1 million], I must stop chucking dollars at new tractors, 100 more sheep, 100 more cows, bulk chickens; you get the idea. I spend all the flippin’ coin, then have to start all over again. I like this game, it’s a good one to play when the hectic one [Hector] decides to sit for a solid 5. But after putting 63+ hours into this thing, you’d think I would have cracked the big 7 figures by now, yeah? Nope. 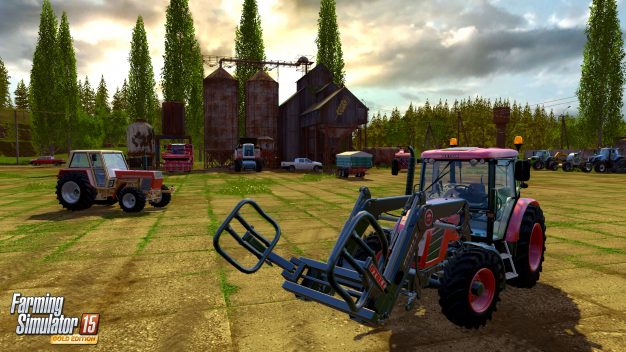 Now, I understand that this one might be a bit of a cheat, but the intention is still there, and the wanting is there. However, like Hearthstone, I am a bit rubbish. Yet, unlike Hearthstone, this isn’t entirely due to my own fault; maybe, probably is, whatever. I understand that the overall goal here is not only to survive lightning phone conversations of death and destruction, or sauna fires that come from (seemingly) nowhere to obliterate everything over a course of three long game days. The overall goal is to build a car, hence, for those at the back, My Summer Car. What I didn’t take into any form of consideration whatsoever, is the very clear, slap you in the face with a fish, clear fact that I wouldn’t know how to, or the first thing about, building cars. Not a total blank, the oil, water, coolant, power steering fluids are all well maintained within my rig, at my own hand *pat on the back*, but bolts and … yep, it all ends with bolts. Why did I take on this challenge of not only building a car, but the engine of this car, the entirety of a human transportation vessel? I am sure, if I cheated, I would get there; the rig will run. I just need to get over this one, very large, setback. 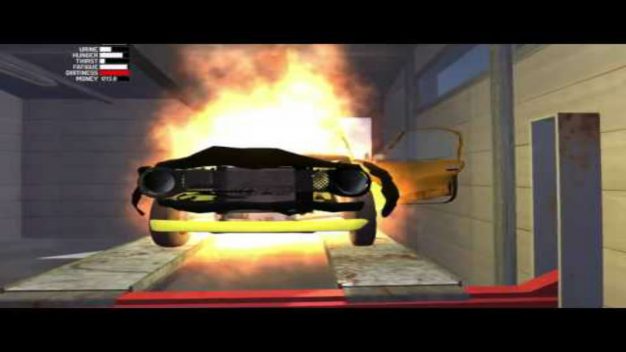 Yeah, it appears to be running fine …

27. Cities Skylines: Xbox One Edition – I Want it All [Unlock every single building in the game]

196. One hundred and ninety-six, the equivalent of eight (and some change) days! That’s how much time I have spent in this game. Granted, not every one of those hours were spent on this one achievement, but I would have thought that, after all that slog, this one would be done. I have been trying to get this achievement unlocked for some time now [ah, ya think, Shan?], but the issue that is holding me back is space. I always seem to run out of room! Not everything fits. So, as it currently stands, I have one building left to get towards achieving this goal: the Eiffel Tower. All that stands in my way is 3000 squares of industrial zoning, and nowhere to put it. Your girl gives up, legit. 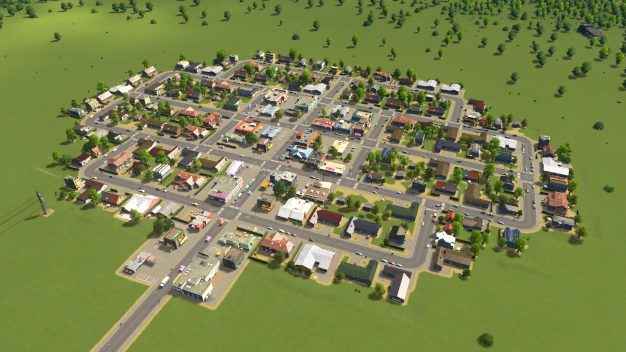 28. The Sims 4 – Alphabet Legacy [Play a household for 26 generations of more]

Ahh, The Sims. You either love it, or you hate it with a tremendous passion that engulfs your soul and burns your nose hairs. I am a lover not a fighter, therefore I’ve put more hours into this game (and all others in the series) than I would ever conjure the courage to admit. So, with this achievement, I’m almost surprised it’s still there. I had been working on this one for a while, a while back, but never really got there. I can’t say if this is solely down to my lack of ability, but it is down to my lack in patience. The Sims, in my recent years of playing, has been more to do with build-mode than actually playing The Sims. I get to about the 4th generation, get bored, go off on a reno-tangent and, before I even know it, I’ve bulldozed that block to build some other magical wonderland. 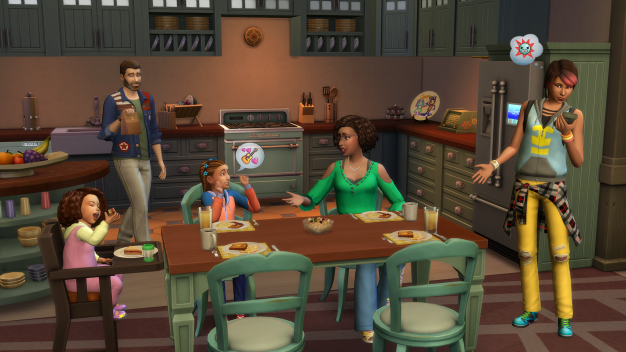 For this achievement, you need to play all 12 sequences with 100% sync on each. This isn’t too hard to achieve in Assassin’s Creed III, given the checkpoint inclusion, but it’s too hard for me. I’m a get stuck-in, play the thing and get out gamer, as mentioned earlier. There’s a deep-seated need to want to do this, but my logical brain tells me to immediately squash that dream. 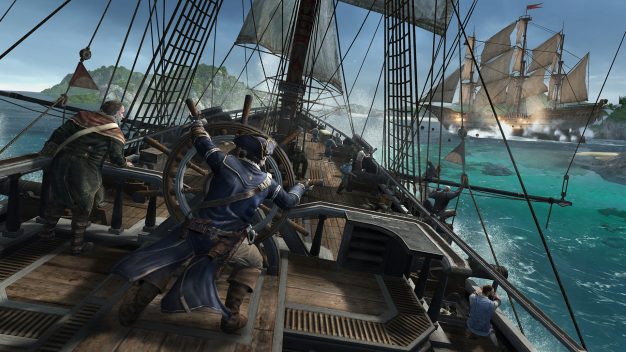 Oh, how punny. Not only is the title hilarious, but the achievement is beary-punny, too. I promise, I’ll stop now. Basically, you must kill 18 bears in a row. Yep, a row, not one here or there, a row. Why is this not a thing I will ever do? Have you tried to kill a bear in Red Dead Redemption 2? Well, I have, and I SUCK at it! They’re big and fast, they belt the living daylights out of you with one paw swipe, and then before you’re even seeing straight, they swipe you dead a second time. Without the buffalo gun thing, that I’ve discovered you can kill them with using one shot to the head, this is just a no-go-zone. But do let me know if you’ve done this one, because you deserve to be praised and anointed. 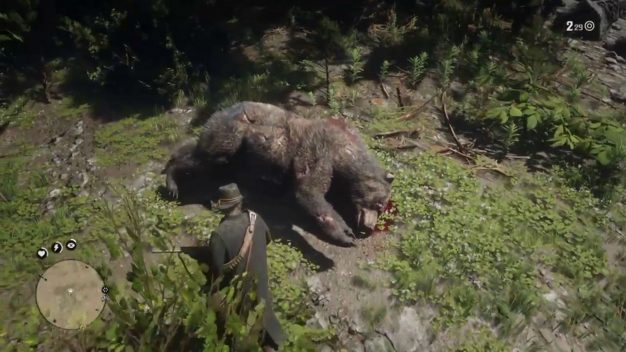 Pretty sure this is a protected species. Ah well, my kill list comes first …

Because of this list, it looks as though my gaming life has been spent chasing loose and hopeless goals, only to give up on them. Welp, good times. Good times.