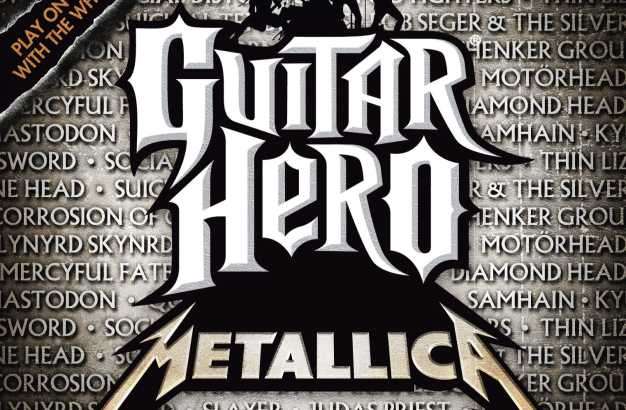 Pre-orders are always a hit and miss affair for me. In this day and age of everyone under the sun selling videogames it never seems to be entirely necessary to pre-order a game. However, game stores and companies like when we do it because it gives them money without handing anything over. Thus prompting us to pre-order is in their favor. In this vein Activision has announced that Guitar Hero: Metallica will get three separate pre-order goodies depending on where you get the game from.

GameStops across the country will be bestowing pre-orderers with an entire extra kick-pedal for their drums sets, which is frickin awesome. No less awesome is receiving Metallica drumsticks from Hollywood Video or GameCrazy. Equally no less awesome is the tattoo sleeve you’ll get from Best Buy… wait a minute. Tattoo sleeve? That is not awesome or very heavy metal at all. In fact I would argue that a tattoo sleeve is the antithesis of Metallica. If the two came into contact the world would literally explode. So for the sake of humanity, pre-order far away from Best Buy. Also, that image above is the box art — or part of it. See the rest below, and yes, it looks the same for all three systems. 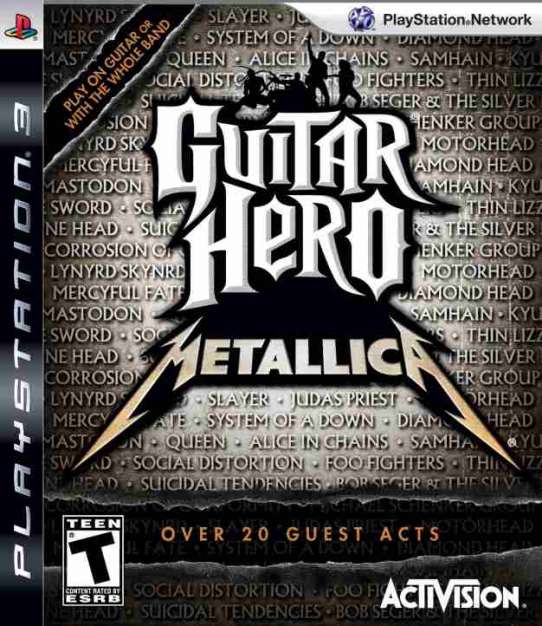