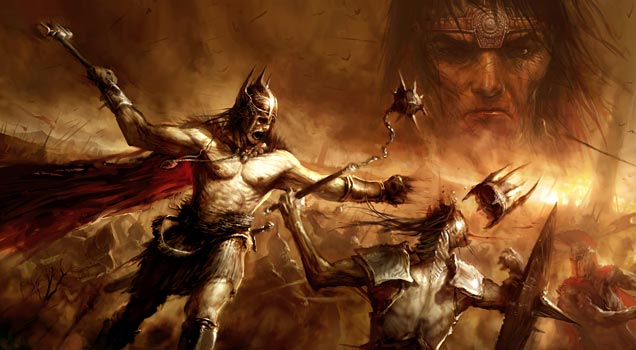 Funcom announced today that they’ve delayed the release of their Age of Conan MMO. The game was already pushed back last August when it received the March 25th release date because the developers wanted to “focus on honing, polishing and improving the heralded qualities of the game, ensuring a fantastic MMO experience when it launches next spring.”

But now they’ve decided to polish the game some more and have delayed it yet another eight weeks. The new release date is May 20th.

Here’s what Gaute Godager, Producer and Game Director of Age of Conan, has to say about the delay: “The companies standing apart in the gaming market today are those with a relentless drive to achieve quality. Even though we regret delaying the launch, I am certain we made the right choice. I hope that our followers and fans will support our decision, and respect our commitment to quality.”

Funcom did send out a two and a half minute tech video this time around to tie over some anticipating fans though. And for an MMO, the game looks pretty good indeed.