What do you think of when I say the words Japanese RPG? Is it funky themes, fantastic plot grounded in slight realism, and a metric ton of dialog? If so, you are a creepy good guesser and you would be correct. Akiba’s Beat hits all the right notes when it comes to gameplay, falling somewhere in between the controls of a Tales and a Persona game. While you don’t have direct control of all your teammates, you can give them instructions or change to them in order to control them one at a time. 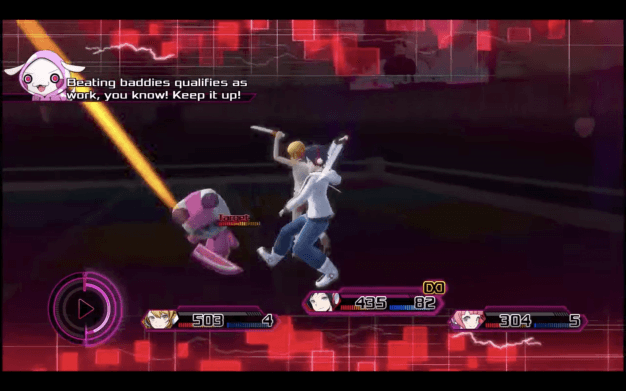 Asahi Tachbana is a NEET that lives in the neon colored city of Akihabara. Completely set in his slacker ways, Asahi has decided to live out the rest of his days watching anime and playing video games. That is until the mysterious girl Saki Hoshino pulls him into a Groundhog Day scenario with him reliving the same Sunday over and over again. This is where the game picks up, with you diving into “Delusions” – dungeons made by people’s desires – and beating the final boss in order to free the world and that person from their own selfish desires.

One of the first things you will notice, besides the striking similarity to Persona 5, is that Akiba’s Beat has a lot of dialogue. Like, a lot of dialogue. On one hand, you never feel like you don’t understand a character’s motives or where the story is going next. On the other hand, sometimes it takes forever for you to get back to the meat of the actual game. Luckily Acquire, the game’s developer, added in an auto-conversation button that goes through the text without you having to hit accept over and over again. This makes the long winded conversations manageable. 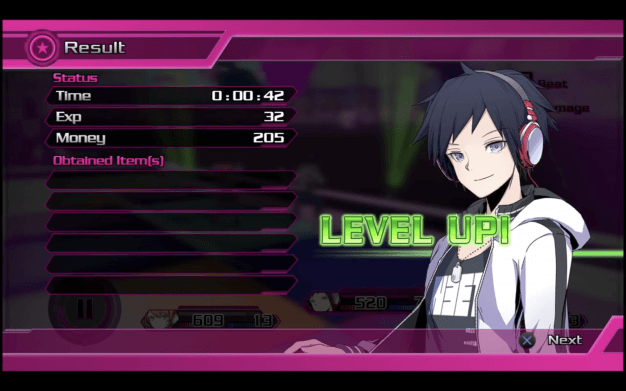 The story in Akiba’s Beat isn’t bad; it has, however, been done over and over again. The cookie-cutter characters are derivative of every JRPG ever made. Slacker main character. Strict best friend. Talking creature with a sassy attitude. All of these things have been done time and time again. Characters also stick pretty hard to their roles, with the slacker always commenting on how he would rather be slacking. This makes the avalanche of text that much more predictable.

Combat involves you controlling Asahi throughout several Delusion dungeons. Monsters roam the Delusion’s freely and when you run into one you are moved to a battle screen. If a monster runs into your back they get first hit and if you manage to strike a monster before they can run into you then you get first hit. When you are in the actual battle you have a limited number of moves you can do. For instance, you can do four normal attacks before you have to dodge until your actions come back. You can buy items that give you more actions as the game progresses. This take on combat should sound familiar if you have ever played a Tales game (Abyss, Berseria, etc). Once you have done enough damage you can use an Imagine Field in order to do longer combos. 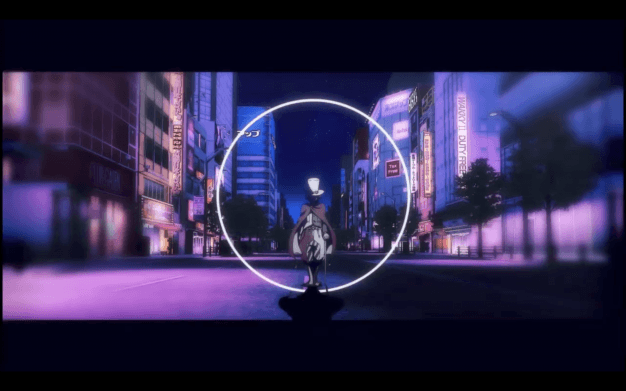 However, the biggest drawback of this game has to be the over repetitive voice acting. The game has a notification voice acting for everything you do. The problem is that this notification doesn’t just play the first time you walk past a store, see a save point, or encounter a monster, it plays every time. By the end of the experience, you will want to strangle the little creature sidekick as he will spend the entire game stating the obvious.

Akiba’s Beat has nothing unique to offer. It is just an okay RPG. However, in a world of amazing RPGs like  Persona 5, The Legend of Zelda: Breath of the Wild, and Tales of Berseria there just isn’t any good reason to waste time on “okay.”

Stuck in a Delusion

Akiba’s Beat suffers from trying to be everything else rather than finding its own rhythm. With a forgettable story, bland characters, and an annoying constant nagging from the game, this title goes from some what of a dream to something you should just pass over.