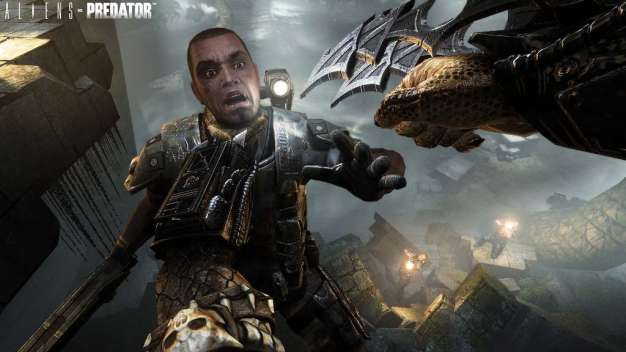 As is customary in the pre-E3 hype game, SEGA has released a list of games to appear at the big show for us all to drool over.

Leading off is Aliens vs Predator, a first-person shooter developed by Rebellion. SEGA is promising gameplay from the perspective of both Aliens and Predator as well as human, which is strange because the latter don’t seem to have any billing in the title. You’d think they’d get some considering the game was developed by humans… wait… WAS IT DEVELOPED BY HUMANS??? Either way, 3-way online multiplayer and criss-crossing storylines for each species should make this one a real gas to play when its released in early 2010 for Xbox 360, PS3, and PC.

Another potential star in SEGA’s arsenal is the self-proclaimed modern day spy RPG, Alpha Protocol. AP features third-person stealth and action, but the real kicker is the interactive conversation trees that allow players to choose which characters they ally themselves with as well as how to complete a mission. For example, one commanding officer might have you sneaking into the back door on a stealthy mission, while a different CO might prefer you to complete the same mission through the front door with guns blazing. Cool. It’s coming out for Xbox 360, PS3, and PC this October.

Speaking of Wii owners, for them High Voltage’s The Conduit needs no introduction at all. Aliens! Guns! Futuristic gadgets! Graphics that kind of look like they might pass for Xbox 360 graphics! This one has it all and then some. I’d be ready to jump on the bandwagon myself if I didn’t just realize that the Wii already got all of the above exciting things when Metroid Prime 3: Corruption was released two years ago. By the way, The Conduit should be in completed form at E3, judging by the upcoming June 23rd release.

SEGA is also giving Wii owners Mario & Sonic at the Olympic Winter Games, which, like the Summer version, features Mario, Sonic, and friends competing in various olympic events. This new version does feature balance board control options, which should lead to some fun skiing and snowboarding action, and maybe even luge if they get really creative. Interestingly enough, the game will be released on Wii and DS in October 2009, a good three months before the Olympics kick off in Vancouver on February 12, 2010.

Xbox 360, PS3, and PC owners will be getting a more realistic Olympic game when Vancouver 2010: The Official Video Game of the Olympic Winter Games is released in January 2010. Not only was that title a pain in the butt to type, but my editor will now be confused because this article will be the only one with “videogame” as two words.

Last and almost certainly least is Planet 51, which is based on the animated film of the same name. SEGA’s giving us a vague “Fall 2009” date, but you can bet it will really be released sometime around the film’s November 20th debut.