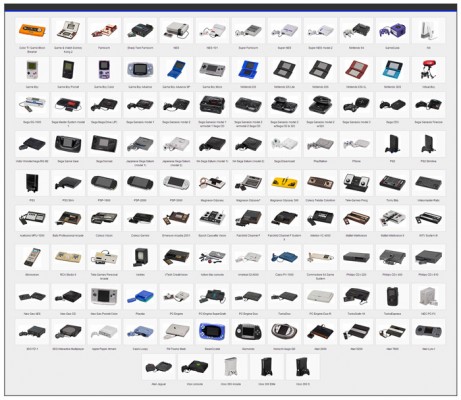 In the race to create the best video game console, there have been a lot of wrecks; every Sony PlayStation 3, Microsoft Xbox 360 and Nintendo Wii has had to navigate past the still-flaming wreckage of a Sega Dreamcast, Apple Pippin or Nokia N-Gage. But the commercial failures helped pave the way for the successes, and as such play an important part in video game history. No one understands this better than frequent Wikipedia contributor Evan Amos, who has launched a Kickstarter campaign to establish a free, online museum cataloging the highs and lows of video game console design from the past 40+ years.

He’s asking for $8,500 to expand and redesign his current gallery of more than 100 consoles and handhelds, creating The Vanamo Online Game Museum. “From time to time I would visit Wikipedia and check the articles about this or that console, always noticing the terrible pictures that filled the articles,” he said. “So I started taking pictures and began to upload them to articles, swapping out the low resolution and poorly-taken photos with clean and simple pictures that really made a difference to the feel of the article.” Amos has a little less than a month to raise the funds, which will go toward building a physical archive and collection of hardware which will be turned into a virtual gallery of high-quality, high-resolution photos.

If you don’t want to give cash, he’ll happily accept donations of consoles and controllers – they don’t have to work, but they have to at least look like they do.