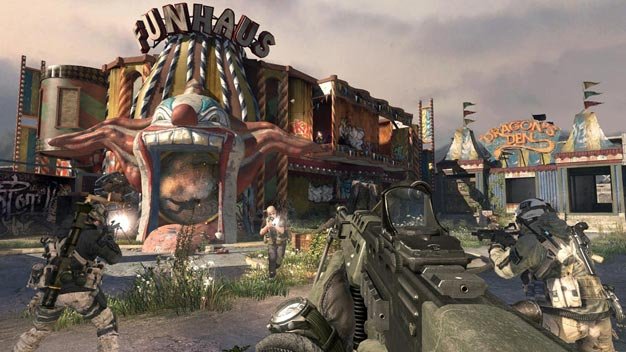 Even though Infinity Ward, Treyarch and Activision itself have denied rumors of the Call of Duty franchise going pay-to-play, Wedbush’s Michael Pachter remains convinced of the publisher implementing some kind of premium functionality for upcoming games in the series.

According to the analyst, offering completely free online play is simply “not consistent” with the giant’s past behavior.

Modern Warfare 2‘s and Black Ops‘ respective community managers yesterday confirmed that neither of the games would require an online fee.

Pachter continued: “I suppose that they can charge for tournaments, ladders, virtual items, etc, and offer up a monthly all-inclusive charge for those who prefer all-you-can-eat, while maintaining rudimentary multiplayer for free. They can also choose to continue to offer increasingly robust content for free, but I don’t think that makes as much business sense.”

Pachter is not an advocate for multiplayer fees, he further explains, but merely a an observer “of the company’s past behaviour in its endeavour to maximize profits, including the termination of the heads of the Infinity Ward studio.”

“It is not consistent with this past behaviour to continue to provide multiplayer for free, but if two blog posts and a tweet from people not in the company’s senior management have convinced you that they won’t charge, I’m sure your conclusions are sound.”