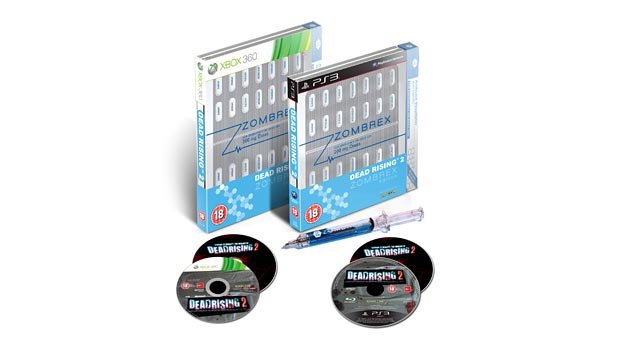 Here’s an idea Capcom; get the Yellow Pages, look up Guinness World Records and make the call, because once they find out that you’ve putting out the most number of limited editions for one single game, they’ll plaster it in their book.

The latest to join the pack is the so-called Dead Rising 2 EU Zombrex Edition, a box that aside from the obvious – that being the game itself – comes with a syringe pen with blue goo in it, or ink if you want to turn something awesomely zombielyptic into boredom. Added are also a ‘making of’ DVD and a steelbook, so all in all, a smaller, lighter version of the US Zombrex Edition.

Dead Rising 2 will be available for Xbox 360 and PS3 on October 1st across Europe and Australia… and September 28th in North America.