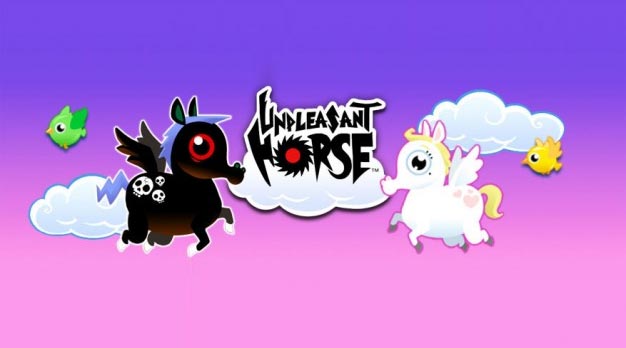 When we first caught wind of PopCap’s new development house 4th & Battery, which was merely a day ago actually, we thrived in imagining the studio creating the weirdest and most “out there” games possible, and we thought Unpleasant Horse was one of those games until our dreams of getting our hands on it were shot down by Apple, outcasting the title from the App Store due to its “mature content,” which is odd considering Rage and Dead Space.

“WTF? Apple rejected Unpleasant Horse cuz of ‘mature content’? We thought horses dying in meat grinders was wholesome family entertainment,” read a tweet from the company’s official Twitter. It was shortly after taken down and followed by, “we’re appealing, though (with a higher rating) and we’ll hopefully have good news for y’all soon!” Hey, if a game involving clouds, ponies and meat grinders is more gruesome than any of the mentioned above, then it’s got to be good and bloody.

“Anyhoo, we still love Apple. Honest. We even had (and liked!) a Newton back in the day. Hope we get an appropriate rating for the game,” read a post-reaction tweet.