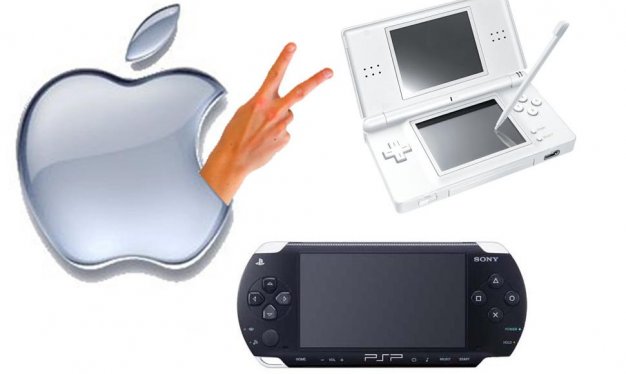 The PSP and DS are overpriced and just not cool anymore, at least not compared to the iPhone and iPod Touch; That’s the chest-beating message that Apple marketing guru Phil Schiller dispensed at the recent iPod showcase event.

“When [the DS and PSP] came out, they seemed so cool,” Schiller said. “But once you play a game on the iPod touch, you think ‘hey, these things aren’t so cool any more.’ We’re talking about 25, 30, 40 dollars a title. The kids can’t afford those titles. Worse isn’t the price, it’s the buying experience.”

Apple then turned even more macho by comparing size – specifically, the iPhone’s 21,178 games compared to 3,680 for the DS and 607 for the PSP. Of course, the iPhone would’ve had 21,179 if Baby Shaker hadn’t been pulled so quick.

Schiller finally got the audience hot with some upcoming releases to the app store, including Assassin’s Creed II from Ubisoft, and music game Riddim Ribbon.