Games based on the mystical ninja arts have been a favorite of gamers since Ninja Gaiden and Shinobi first came to arcades and home gaming consoles.  Being able to jump into the Tabi boots of a ninja somehow makes you feel pretty bad-ass.  There are few types of characters in pop culture that capture the imagination like the lone ninja on a quest to avenge his/her master.  In that vein, developer Lince Works and publisher Merge Games has created Aragami: Shadow Edition, a 3rd person action stealth adventure.  It is a carefully crafted ninja experience that is sure to scratch that itch when you have a need to annihilate your enemies from the shadows. 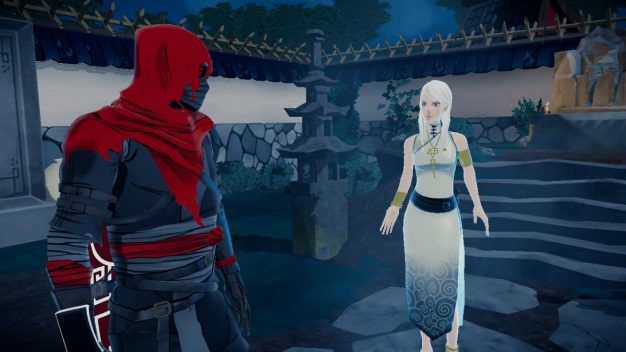 Yamiko is the one who summons you to her aid.   But why and how?

If Aragami sounds like a game that has been out for a while now, you would be correct about that.  The game initially launched way back on October 4, 2016 for the PS4, XO, PC and Nintendo Switch.  This almost three year old game has relaunched in the Aragami: Shadow Edition.  What’s new about this latest release of the game is that you not only get the full original game, but you also get a few cool extras to keep you playing for hours and hours.  This new edition not only contains the base game but also includes the Aragami: Nightfall story expansion as well as the Assassins Mask DLC which gives you 12 different character skins. 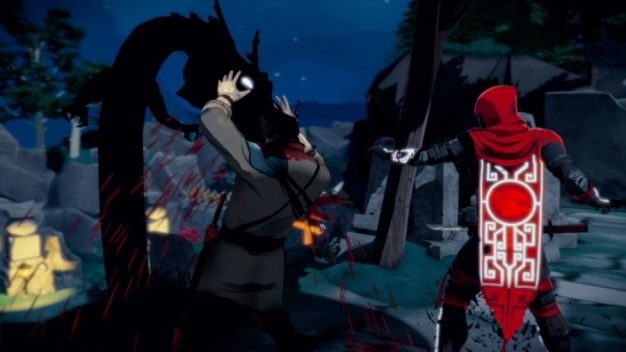 If you notice the intricate design on the cape, that is how you can tell how much shadow power you have at the moment.   All white is full, grey is empty.  To refill, simply hide in the shadows.

Ninjas live in the shadows and it is where this game is firmly based in its gameplay as well as its aesthetics.  As the spirit of a ninja, you take on the role of an undead assassin who has the ability to control the shadows.  You control them so that you can quickly teleport to different places on the map in order to keep the upper hand against the Kaiho of the army of Light on your quest to rescue Yamiko, the mysterious girl that brought you back to life and is the key to uncovering your past.  You can also utilize the shadows to become invisible from your foes or to materialize weapons.  Once you build up your abilities, you will even be able to summon shadow beasts to infiltrate enemy ranks and to definitively dispose of your enemies. 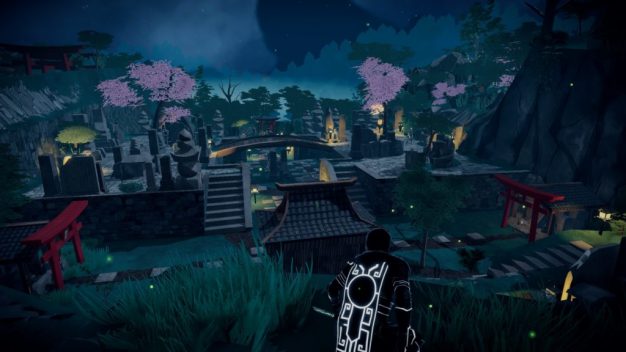 While the areas are somewhat linear, there are several different paths through every level.

Aragami: Shadow Edition is set in an ancient, Japanese influenced world that really lends to the mechanics and theme of the game.  Levels are dotted with Japanese Torii gates and pagodas that you are able to scale in order to get the drop on your enemies.  Those same enemies will usually patrol a set route enabling you to carefully plan your attacks.  You can use your shadow abilities to sneak up on them quietly and take them out before they are able to call for help or you can go in guns blazing, so to speak, and bully your way to the levels end.  It’s up to you how you play and there are multiple paths to take to let you be as creative with your play-through as you please. 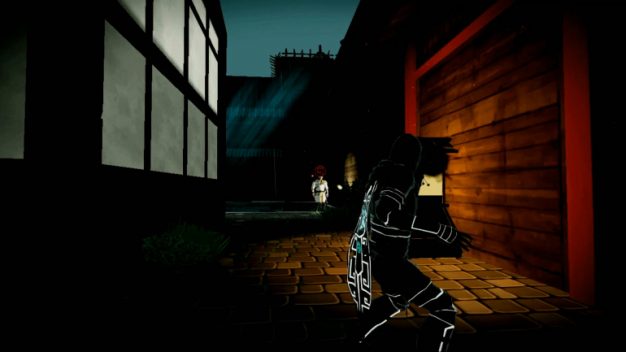 Who knows what is lurking in the shadows!

Visuals in Aragami: Shadow Edition are done in a very cool cell-shaded style that definitely sets the mood of the game.  Shadowy areas are contrasted with areas that are completely bathed in bright light.  Moving into the light will not only allow the enemies to see you easier, but it will drain your shadow powers.  Heading back into the shadows, fortunately, will recharge your shadow abilities.  The color palette and character design is muted but isn’t dull in the slightest and creates very interesting visuals for the many different environments that you will encounter on your play-through. 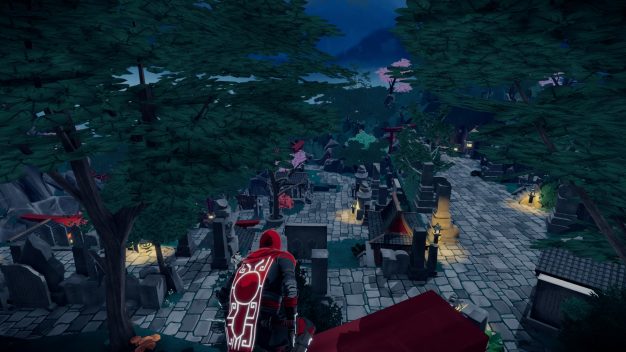 Stay out of the lighted areas as you will be easier to see and the light will drain your shadow powers.

If your played Ninja Gaiden back in the day for any amount of time, you will certainly remember how punishingly difficult that game was right out of the gate.  Aragami: Shadow Edition, while not very difficult at the beginning, ramps up its challenge soon after you complete the first couple of areas.  This high level of challenge is what kept me playing because I felt like such a ninja-tastic bad-ass whenever I got the drop on an enemy.  In addition, if you want to have a friend join you, you can because the game offers fully supported cross-platform online co-op.  This game played great on the Switch and if you are looking for something a little more visceral, you could do a lot worse elsewhere.

–  Difficulty may turn some players off.