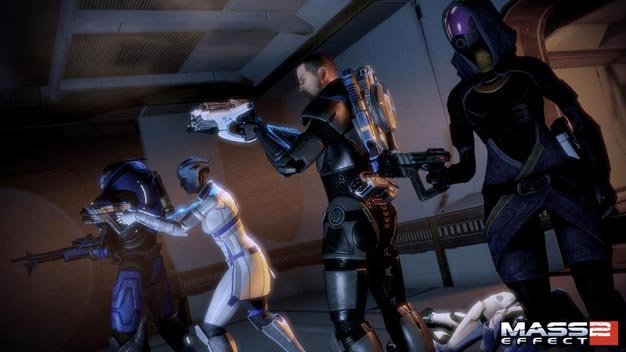 A recent Mass Effect 2 patch for PlayStation 3 hints at a yet unannounced DLC package titled “Arrival” heading our way. Since this hasn’t been officially talked about up to this point, it obviously has the BioWare forums going crazy over what it’s all about.

According to the forum poster who made the discovery, info on Arrival appeared after updating the game with the latest patch, and along with it, three new Trophies made themselves apparent as well; “The Ultimate Sacrifice,” “Last Stand” and “Covert Action,” the latter of which involves rescuing a Dr. Amanda Kenson who was recently part of a Cerberus Network update.

According to said update, it’d seem that the Arrival in question could possibly refer to the arrival of the Reapers, which would set up Mass Effect 3. At least if we were to go by popular belief. But we won’t know for sure until BioWare shoots down any rumors and lays down the law.