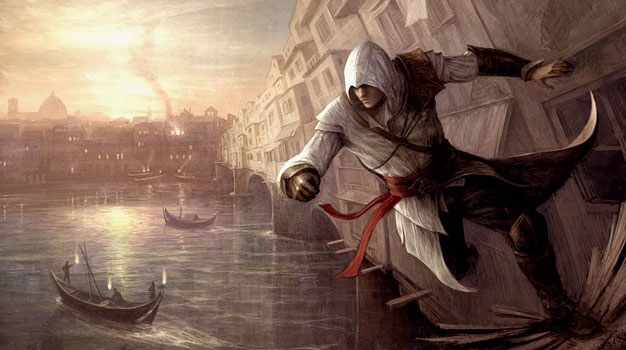 During almost the entire month of October (5th through 30th), the insides of the world renowned Arludik art gallery in Paris will be covered with artwork based on the Assassin’s Creed franchise created by Ubisoft, the publisher’s announced.

Assassin’s Creed: The Exposition will feature original concept art that was used to inspire the look, feel, characters and settings of all Assassin’s Creed games, including the upcoming Assassin’s Creed Brotherhood, which is slated for a November 2010 release.

The exposition will include 35 individual works of art – one of which can be viewed above – that have never been publicly shown, created by Ubisoft and various development studios attached to the  franchise itself. All pieces will be on sale and according to a fine art expert and auctioneer, they range from €600 to €2000, which equals to $800-$2700. Limited edition lithographs based on two chosen pieces will be printed in a series of 149 each, going for €80, or ~$110. Each canvas will be stamped the Ubisoft Studios seal and comes with its corresponding certificate of authenticity.

All the proceeds from artwork sold during the exposition will be donated to MO5, a charitable organization preserving the culture of videogames. So if you’ve got the time, money and will, enjoying art for charity isn’t a bad way to spend it.