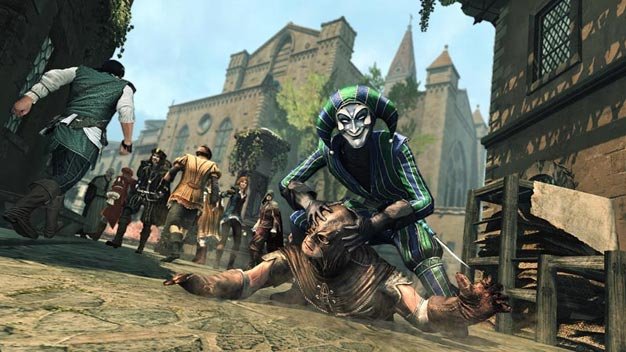 Ubisoft are hoping to sweep up a few more customers with the announcement of Assassin’s Creed Brotherhood: Da Vinci Edition. This new PS3/360 version of the game includes the latest DLC for the game, The Da Vinci Disappearance, for a UK price of £49.99.

The single-player portion of the DLC has Ezio, as you might of guessed, tracking down his friend, Leonardo Da Vinci, who has been kidnapped. On the multiplayer side there’s a new map, four new characters and two new game modes. New achievements and trophies too; yay!

The disc launches on March 25 in the UK. We haven’t heard about the US release just yet.